Hmong 18 Council Gets A New Look

This year the council will have its first female representative. Vang said, “The council has always opened the door for women, but this is the first year that a woman has been elected.” The Khang clan has selected a female representative. Jasmine Yer Ly Khang will represent the Khang clan for the next two years. Vang commented, “This is breaking the ground as a new change for the council.”

The Khang elders considered, “We wanted to be the first to merge into the 21st century and send a woman to represent us.” Khang works for the State of Minnesota. She said, “I hope the next two years will bring a more diverse council. Even though we are daughters from a different clan and married into the clan we are strong and have a lot of opinions and can be helpful. Like the saying goes, behind every great man is a strong woman. I am happy to sit on the board as the first woman.”

The council meets monthly and also holds special meetings as needed. “There comes a time when we work on different projects or issues in the community. We also handle family disputes – mediation – things like divorce. These are some of the issues we deal with,” said Vang

In addition to being the first time a woman is on the council, Vang said that the council overall is younger. “There are a few representatives like me that are in their 50s but the rest are younger – 30s or 40s. It is kind of mixed young and old. We have a pretty young administration.”

This latest first for Hmong women is joining a growing list. In the broader community as well as the Hmong community 2018 could be described as the year of the Hmong woman. 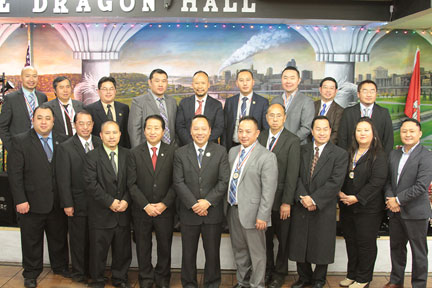