As the 2019 Hmong College Prep Academy Girls’ Soccer Team winds down, first-year head coach Steve Barrett has been impressed with how his team has grown.

“The main challenge for me as a new coach has been getting to know the players and molding them into a team,” stated Coach Barrett. “As a group, the girls have been very positive and willing to put the team first which has been really great.”

The Lady Warriors have had a tough season, going 0-4 to date. However, the coach has seen a lot of improvement from his squad.

“I would describe our club as a program on the rise. We represent our school well. Our players have a passion for the game and are improving every day. We have struggled against larger schools like St. Anthony, but have been very competitive against similar sized programs. We are 0-4 right now; however, coming off our best performance of the season against Brooklyn Center. Our team is a real mix of experienced and very new players. We are primarily focusing on skill work at practice along with some basic tactical concepts. The girls have competed hard in every game, but are still looking for their first win. I’m confident we will get one in the near future.”

“These girls have really worked hard to improve their game,” added Coach Barrett. “I am really enjoying coaching this team and look forward to every practice and game. It is so fun to watch our girls grow as players and people by playing the great sport of soccer!”

HCPA will wrap up their 2019 season on Thursday, September 26 when they visit the Henry Sibley Warriors. 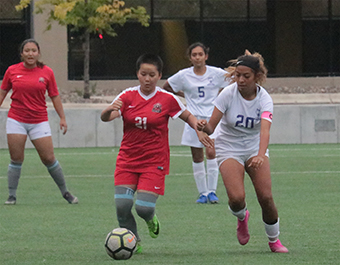 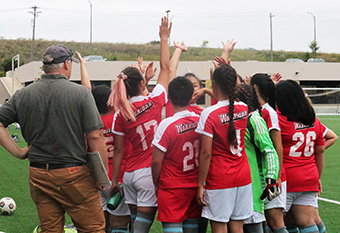