With 15 student/athletes on their varsity roster, the Warriors started off the season strong with a 2-1 win over St. Agnes. The team’s 15-game schedule includes tough Eastern Minnesota Athletic Conference matches with Twin Cities Academy, Groves Academy and Community of Peace. The squad also has a number of challenging non-conference matches against Minneapolis Patrick Henry, St. Paul Harding and Concordia Academy.

New this season is a partnership between HCPA and Academy for Sciences & Agriculture. “We’re looking forward to working with student/athletes from AFSA,” stated Malone. “They will send players wishing to play girls’ soccer and basketball to us and compete under our name and uniform.”

The Lady Warriors open their 2021 season with an away game against Hiawatha Academy on September 13. Their schedule also places the team on the road for four of their last six games.

HCAP Girls’ Volleyball began the season with a tough loss to St. Agnes. They turned things around the next evening with a thrilling 3-2 victory over Eagle Ridge Academy, winning the last set 15-6. The squad’s 18-game regular season schedule has them facing conference foes Hiawatha College, Avail Academy, and Liberty Classical as well as a number of tough non-conference matches against Richfield, Minneapolis North, Blake, and St. Paul Washington. 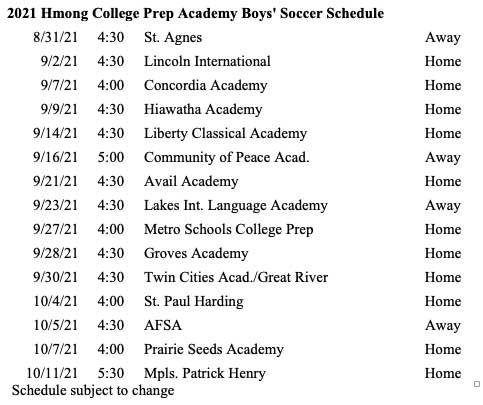 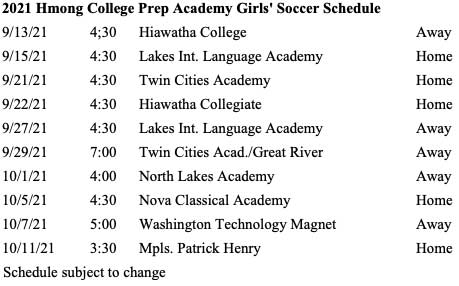 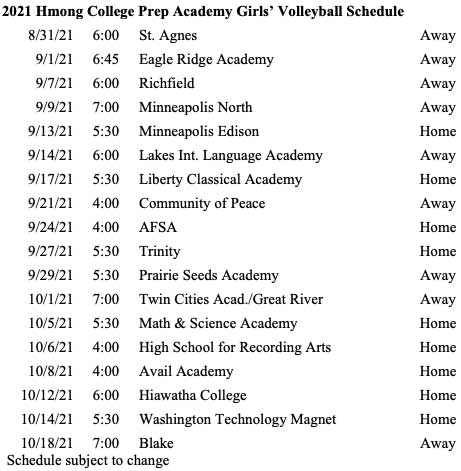