Hmong College Prep Academy’s Boys’ Soccer Team recently completed their 2018 season. Though ending section play with a 2-1 loss to Hill-Murray, the Warriors completed the year with an 11-1-2 record, the best in school history.

“The game against Hill Murray was a tough loss for us,” stated Coach Vong Yang. “We missed a lot of opportunities in the game to score. One or two goals make a big difference in soccer. I would say we missed about five really good chances to score in the first half and four more in the second half. We controlled every aspect of the game from start to finish. We just didn’t capitalize when we needed to. We also made a few bad fouls, which they used to their advantage and scored.”

Coach Yang felt his club’s successful season was the outcome of a strong team effort. “Everyone stepped up in every way possible. As always, the veterans played a big role in the success of the team. We have five all-conference players and two who were nominated for all-state honors. All-conference players are junior Moo Bleh So, senior Thein Ler Wah, senior Thablay Moo, junior Lar Err, and senior Tonglor Xiafoung. Moo Bleh So and Tonglor Xiafoung were also nominated for all-state based on their performances from the season.

With the return of a number of key players, Coach Yang is optimistic about next season. “I look at every year as a rebuilding year. You will always have seniors who depart and the new freshman coming in. The beginning of every season is like putting a puzzle together. You have voids from departing players that always need replacing. However, next year looks like a very promising year for us as well. We’ve already proven what we can do with what we have.”

As a small program, the boys’ soccer program works to develop a culture that ensures all participants feel success. “We’re still a very small high school and currently don’t have enough players for a JV or B-squad team. We don’t choose and pick players to come onto the team and nobody gets cut. The program here at HCPA helps all players at all levels. Whether you’re a seasoned player or a beginner to the game, we make sure that you’re constantly growing, learning and transcending in the sport. There’s nothing more fulfilling than seeing the progression of players on the team. I would love to work with more kids to grow the program in the future.” 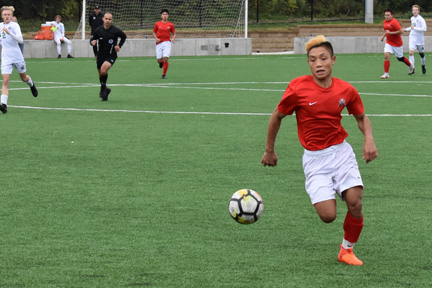 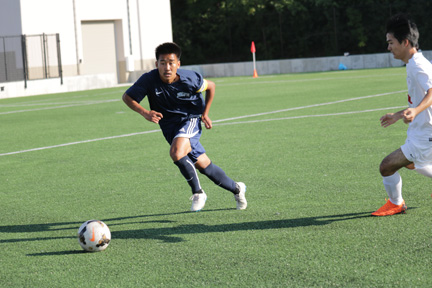