Girl In The White Dress – Part 4

“Mary!” Tom exclaimed through his lowering window as his car came to a stop near the curbside. He exited the car and approached Mary’s. “What are you doing here?”

“I can ask you the same,” she said, now parked on the curb and coming out of her car. She slammed her car door with so much force, the side mirror on her driver’s side shook.

Mary was astonished by Tom’s ride, a blazing red Mercedes-Benz with black leather seats. The peachy-lipped girl didn’t move from her leather seat. She stared into her visor mirror and poked at the corners of her eyes, seemingly clearing away mucous, treating this moment as a mere cosmetic break. This upset Mary more.

“What are you talking about? What do you mean?” Tom asked, approaching her.

Mary didn’t respond. Instead, she made a terrible face, like a bull’s inside a rink before a red cloth, ready to attack. “How dare you, Tom! Why would you stand me up this way?” Mary grasped handfuls of Tom’s plaid button-up shirt and jerked and yanked and pounded. She was crying hysterically, overcome by the stress of the morning and the long night’s drive, not to mention her hormonal imbalance.

“Wait a minute, Maiv Hli,” he called, using her Hmong name. He only used her Hmong name when he was serious. “Ju- just hold on for a second. Would you just calm down?” Tom’s voice rang as if angered. He didn’t usually have a short temper. Not over the phone, at least. During the brief times over the summer when they did meet up, Tom was always so nice to her. She’d never noticed his temper then.

Tom took both of her jolting arms at the wrists and gripped them tight. He forced her to meet his eyes, his light grey eyes. It was the first thing she’d noticed about him when they’d first met. She’d never seen a Hmong boy with light eyes before. But Tom looked different. He was different, the way he spoke to her and how he carried himself, with a sense of confidence knowing well which college he wanted to go to and what he wanted to major in. She’d been impressed to hear it all.

“Maiv Hli, calm down,” said Tom, softer this time. “What’s going on here?” He peered down at her. She shriveled in his grasp as if his hold was the only thing keeping her upright. Her hair was disheveled; her cotton tunic made her look thinner that she really was.

Mary tried to free her arms from Tom, but couldn’t. He was just too strong. He was always so strong. That was what she had loved about him. Yet, that was also what she hated about him. He was strong and she weak. He was good without her and she deficient without him. “You’re hurting me,” she said in a cracked voice.

Tom released her. “Sorry,” he said. “We don’t meet until another week out,” said Tom as he looked away. “Why are you in L.A. this early?”

Mary sobbed like a defeated child. Tears rolled down her cheeks in thick streaks. “Don’t you lie to me, Tom.” She sobbed, pouting her trembling lips. “You knew it was this weekend, you bastard. I waited in the mountains all night for you and you never came.” She didn’t care if she was making a scene in public. Nor did she care if she was starting to sound like those angry girls on the Maury show, trying to win their baby-daddy. It was her right to know.

The lady in the driver’s seat didn’t so much as flinch. Now she was running her fingers through her hair, gathering it back into a thick ponytail, her lips pressed together clasping in it a black hair binder. She grabbed it from her mouth and proceeded to tie her ponytail.

“You told me you didn’t have any sisters.”

He hesitated. “She’s my cousin-sister. She’s new in town and I’m just showing her around.”

“Look, I’m sorry okay. I’m sorry. I couldn’t come because of family matters. We were doing soul-calling for my parents, so I couldn’t leave home. I’m sorry.” He wrapped his hands around Mary and rested his chin on the top of her head. She calmed, resting her ear on his shoulder, her sobbing continued. “I’m sorry okay. Please don’t cry.”

She believed him. It was easy to believe him. Because his voice was warm and gentle when he spoke this way. What other alternative did she have other than to take his word for it? He pulled her to meet his gaze. He glanced briefly at the peachy-lipped girl, then back at Mary. “Meet me at our usual place. Tonight.”

Mary almost cringed at his words. Why wouldn’t he invite her to his house, as is Hmong custom? Even though she was just a girl, he could have told his parents that she was a friend of his who was visiting. Even though that would probably look bad on her name, at least she wouldn’t be stuck in some sketchy motel at night with no one but cockroaches as company.

Mary nodded. Tom entered his car. He didn’t look back once. Within seconds, his blazing red ride zoomed away like the catching of fire.

Mary checked into a motel. It cost her $29.95 plus tax. This was the last bit of money she had. If she kept this up, she’d probably run into trouble filling up her tank for the drive back to Fresno.

She brought the duffle bag of clothes that she’d packed in her trunk up to the room with her. She’d take a cold shower and wait for Tom to call her. They’d talk about lost times this summer, and then she’d tell Tom all about Angelia, their little baby on the way.

She turned the key and savored the crunching zzzip sound of the turning key as the lock unbolted. The wooden door was faded in color and its corners seemed chipped away at the assistance of termites. But it was either this place or another night inside her car. Mary yanked the beat-up door open using her body weight. A stench of cheap air freshener with an undertone of cigarette odor wafted into her nose. Her heart sank at the thought of breathing this in for a whole night. She wanted to storm back to the rental office and demand a refund. But she wasn’t so daring. What if they caused her trouble, there wouldn’t be anyone there to help her.

At last, she relished at the fact that the bed looked tidy. It was full-sized and fitted with a cream colored sheet and dressed with a neatly folded white comforter. There were two white pillows at the head, evenly fluffed. The walls looked to be in good condition, no cockroaches running up it as she’d seen during her previous visits. The carpet was an ugly forest green with a dark circular stain in it by the window side – definitely something she was going to ignore for now. She dropped her bag at the foot of the bed and laid her head on a pillow. She drifted into a deep sleep within seconds.

Mary felt a breeze at her thighs. She swore she’d tucked under the comforter earlier when she’d felt herself tossing and turning. But now, she was colder than ever. And what seemed under her was no longer like her motel bed, but a hard seat. Was she dreaming? The ice-cold breeze rode up her thighs and to her belly near in her belly button, blowing her tunic up. She shivered. The side of her head bounced against the seat where her head lie as if she was on a rocky ride. She opened her eyes. Two dark pillars stood before her where the nightstand should be. She blinked a few times. They were not pillars, but black leather car seats, one driver and a passenger’s. She was in the backseat of a car?

Mary’s heart began to race. She panicked. But she only heard herself yelp. She couldn’t talk; her mouth was covered with a strip of duct tape. Her eyes shifted from left to right. Left to right. Two people sat in the front seat. Where were they taking her? It was dark outside. They were heading west, she could tell that much for the sun was setting in the direction they were driving. She didn’t know why, but her instincts told her to remember any facts that she could. She was going to escape this, she promised herself. Her arms were tied behind her back by a zip tie so tight that she could feel the rough plastic edge cutting into the sides of her wrists. Her feet were also bound together at the ankles. She yelped louder and more urgent now. Mary began to sob, though silently, tears streaked down her face wetting the upper edge of the duct tape secured over her mouth.

“You’re awake,” said a woman’s voice from the passenger’s side.

Mary’s head was throbbing. She blinked again to make out the woman’s face. Peachy-lips arched into a crooked grin. And in the driver’s side, a man. He didn’t turn around. He didn’t have to. In the rear view mirror, she could make out the grey of his eyes glowing in contrast to the darkness around her.

Stay tuned for Part 5 in the next issue of the Hmong Times. 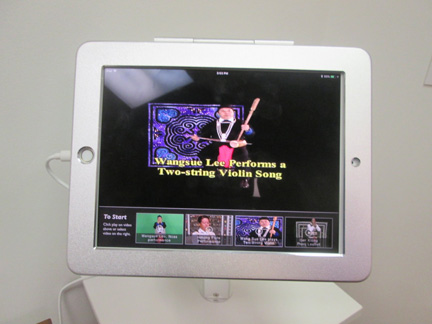