A representative from Dai Thao’s Ward 1 office said the project had been in the works since 2015. She said that the city began looking into it after feedback from the community said the building was outdated and didn’t reflect the community needs. One of the many issues was a lack of windows.

The city then conducted a series of community advisory meetings to determine what the needs of the community were. As part of the process they decided to rename the site Frogtown Community Center to better reflect the community.

On July 16, 2018 the City held a groundbreaking. Representative Dai Thao was present and said, “I am so excited to add this new, welcoming public amenity to the Frogtown neighborhood… the community really stepped up to help make sure the new center is reflective of their needs, and I look forward to it being an anchor in the area for many decades into the future.”

Mayor Melvin Carter added, “As a child who grew up in our city’s parks and recreation centers, I know the investment in public spaces for people to be socially and physically active is vital to the future of our city. This brand new facility will provide expanded programs and services to members in the surrounding community, and it will be a welcome addition for generations to come.”

A representative from the City of St. Paul said, “The $7.7 million building project will completely replace the current 6,600 square foot Scheffer Recreation Center with a new 23,500 square foot facility, which will feature community rooms, a kitchen, after school space, a fitness room, and a full-size gym. There will also be an additional $2.3 million in improvements to the grounds, including a new play area, an artificial turf football and soccer field, a full-sized basketball court, and a Kato court. The new facility, which will be located near the Como Avenue and Marion Street intersection of the site, is expected to open in fall of 2019. The current recreation center will remain open during building construction.”

In addition to more amenities for the community it will reflect the changing values of the community. The representative said, “The facility will also be sustainably built by following city and state guidelines for environmentally friendly construction and operation. The building will include features to efficiently and responsibly use energy and water, including stormwater management, energy efficient lighting, and measures to improve bird safety despite containing large windows meant to make the facility more open and bright.”

The building will be the first phase of improvements with improvements to the field areas outside the building being made in the summer of 2019. This will begin phase two and include the demolition of the existing building. 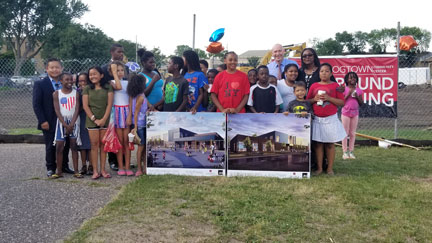 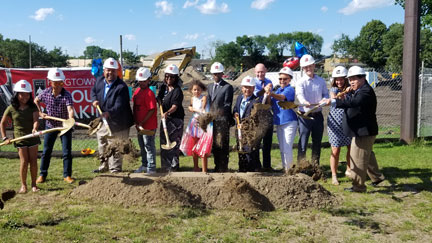