Editor’s note: The Advance-Titan is an independent student newspaper of the UW Oshkosh Campuses.

The former UWO director of Affirmative Action who says he was discriminated against on the basis of his race and national origin, as well as retaliated against when he complained about race discrimination, is appealing a decision by the U.S. District Court for the Western District of Wisconsin in favor of the UW System Board of Regents.

In the opinion and order, filed in February 2022, the court ruled that Brian V. Xiong, a Hmong Asian-American who was terminated by UW Oshkosh in 2019, “failed to offer sufficient evidence from which a reasonable jury could find discrimination or retaliation.”

“There may be a time when we are powerless to prevent injustice on campus, but there must never be a time when we fail to speak out the truth,” Xiong said in a statement to the Advance-Titan. While UWO says he was terminated because he was not performing well, did not take direction well and was insubordinate, he warned for our current BIPOC community (Black, Indigenous and People of Color), “be aware that the administration’s lies spread faster than the truth.”

According To The Opinion And Order, The Following Are Undisputed Facts:

The new hire would report directly to the Associate Vice Chancellor of Human Resources, Shawna Kuether, instead of to Chancellor Andrew Leavitt, as well as receive a lower salary than previous directors.

Kuether had little experience in affirmative action, and this was the first time she would supervise a director-level employee, according to the plaintiff’s brief. In addition, Kuether obtained her first affirmative action certification after Xiong was terminated.

With 17 years of experience working in diversity and inclusion in higher education, Xiong was hired and started his job at UWO on October 8, 2018 after leaving Minnesota State University – Mankato. At Mankato, he served as co-chairperson of the Affirmative Action Committee, co-chair of the Diversity Planning Committee, a member of the Chief Diversity Officers and from 2009 to 2016, he taught as an assistant professor.

Rate My Professor shows Xiong received a 4.6/5 rating while teaching at Mankato. Nearly all the students who left reviews commented on his professionalism and passion.

“[I] heard that Vang Xiong left the university. What a huge loss for the college,” “He will make you think and appreciate life more,” and “He really looks for the good in people and will not let you fail,” were a few of the many praises toward his character.

But at UWO, Kuether said she felt that Xiong “did not respect her as a supervisor, committed her to doing a presentation without her knowledge and made comments about her limited qualifications,” according to the opinion and order. Xiong disputed this, but the court ruled he did not provide support for his view.

According to the plaintiff’s brief, Xiong argued from the start of his employment that he experienced “severe resistance to his work, whereby his job performance was unfairly scrutinized, and he was micromanaged by Human Resources.”

Through resistance, he reported violations of policy and sought to ensure the university’s affirmative action plan and policies were followed. Leavitt designated him to process all complaints related to discrimination.

Xiong completed his first and last investigatory report in December 2018.

According To The Plaintiff’s Brief:

His report, which mirrored the structure of those in which were submitted by his predecessors, McBride and Shaniqua Crawford, was received by Kuether who felt it was insufficient because it “contained grammatical errors” and lacked the “type of analysis” UWO looked for relating to investigatory reports. She claimed it was a mere summary and failed to make a conclusion on whether or not anyone violated a policy.

In Xiong’s case, the report did in fact bring justification to the violation of a policy and his “grammatical errors” related to the fact that English is his second language, with Hmong being his first language.

Rather than attempt to support and help Xiong improve issues they found in his work, Kuether, Leavitt and Leavitt’s Chief of Staff Kate McQuillan all kept their concerns to themselves and did not follow up with Xiong. No one brought a concern about the grammatical errors to his attention or gave him feedback on the report at any time during his employment. Kuether further characterized him as not a “good fit” and someone who did not “understand his role.”

On January 9, 2019, McQuillan sent Xiong’s report to Jennifer Lattis, an attorney in the Office of General Counsel at UW System, for review. Lattis conducted a Personnel Investigation Training.

Multiple times in January 2019, Xiong met with Carmen Faymonville, associate vice-chancellor for Faculty and Academic Staff Affairs. She told Xiong he should join her weekly case discussion meeting with Kuether and McQuillan about “developments for existing cases” and new things going on around campus.

Kuether explained that going to the meetings would be a “waste of time” as the meetings were an attempt at “fishing” for information. She said they did not need him there and she was doing him a favor by representing their offices at the meetings.

In another case, Xiong presented information on the Event Accessibility Policy to ensure compliance with the Americans with Disabilities Act at UWO events. Kuether said she was not made aware of policy changes he talked about even though the policies had been discussed many times during staff meetings and he sent her the draft policies prior to presenting.

With her continuing to insist he crafted policies without her knowledge, Xiong reached out to Vice Chancellor James Fletcher to say he no longer wanted to report to Kuether because “she lacked knowledge of affirmative action and equity.”

According to the plaintiff’s brief, other similar disparities between Xiong, Kuether and other “higher up” employees at UWO happened.

In January 2019, Kuether requested a self-evaluation from each of the people she supervises. Xiong’s self-evaluation was 175 pages. Kuether considered this “excessive,” never scheduled his performance evaluation meeting and never provided feedback to Xiong. He first saw Kuether’s “draft performance report” when it arrived in his mailbox after termination.

The opinion and order also stated that in January 2019, Xiong was the hiring manager for a new open position at the Department of Equity and Affirmative Action. As hiring manager, he was responsible for creating the position description, identifying a search and screen committee, and making the final decision on who to hire. The search committee ultimately chose three applicants to interview two white women and one Latina woman.

Xiong supported the hiring of the Latina woman because he believed she had a law degree and the most experience in affirmative action, and would contribute to the diversity of the department. While Kuether was absent during the interviews, she received feedback from other staff members that felt another candidate had a stronger background.

But the two differ on what happened next. Kuether said that Xiong said they were obligated to hire his preferred candidate because of their diversity plan and that Kuether could not ask whether she was a good candidate. According to Xiong, Kuether said “people of color are not a good fit for Human Resources.”

On March 7, 2019, Leavitt and Fletcher were in Madison, Wisconsin for a Board of Regents meeting. They met with Lattis and vice chancellor for University Affairs Robert Roberts to discuss Xiong’s employment.

Their decision to terminate Xiong’s employment was based on if Fletcher found “any surprises in the performance improvement plan and evaluation and other areas that were positive that we hadn’t seen” in Kuether’s draft performance evaluation.

After Kuether took her draft performance review responses, Fletcher decided to terminate Xiong. This surprised Kuether as no performance improvement plan existed and this was “not typically how [UWO] does business in terms of performance concerns,” according to the court opinion and order. Fletcher informed Xiong of his termination on March 12, 2019.

On August 27, 2019, Xiong’s position was filled by a white man named Sean Fay. After Xiong’s termination, the UW System began providing legal investigators to campuses to help with investigatory reports, which Xiong never had the support from. However, the defendant disputes this, asserting that UWO offered Xiong similar support.

In his statement to the newspaper, he wrote: “During my time working on campus, I’ve learned that employees left the University not because of the institution, but because of the administration.” He also quoted a former Black employee, who wrote: “[The] University of Wisconsin Oshkosh will forever be the experience that defined what my dad taught me when I was a child. It will be the experience I use to remind my African American children of why they must do exceedingly more than the next to get what they want out of life. This experience did not break me nor detour me, but reminded of why these Black women do this work and advocate for change… Because it is necessary.”

In granting the UW System’s motion for summary judgment and closing the case, the court opinion and order states: “When asserting a discrimination claim on the basis of race in violation of Title VII, in particular, a plaintiff must “produce enough evidence… to permit the trier of fact to find that his employer took an adverse action against him because of his race.” It concluded that no reasonable jury could find because Xiong offered no evidence of dishonesty or that his replacement was treated more favorably. 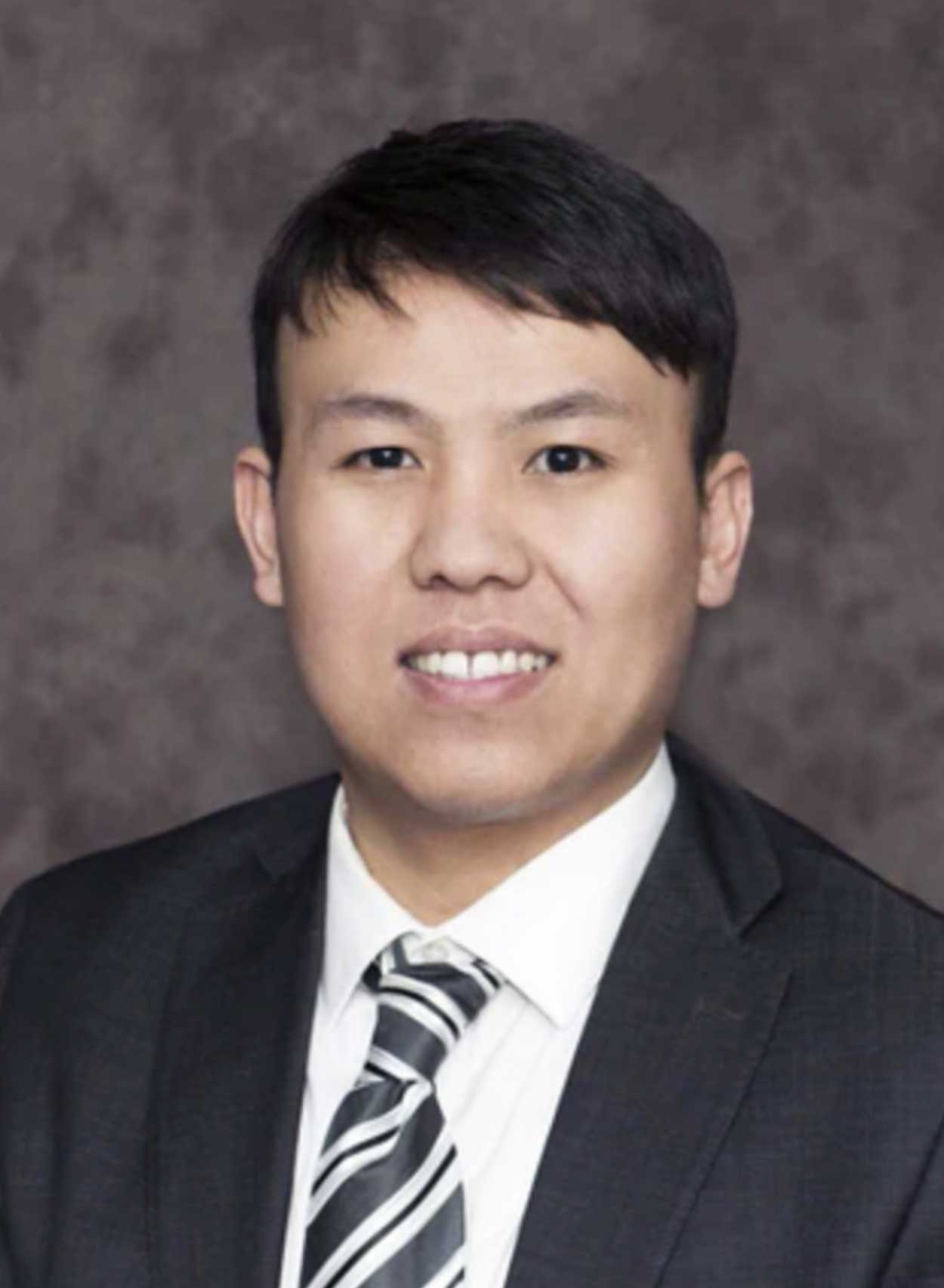 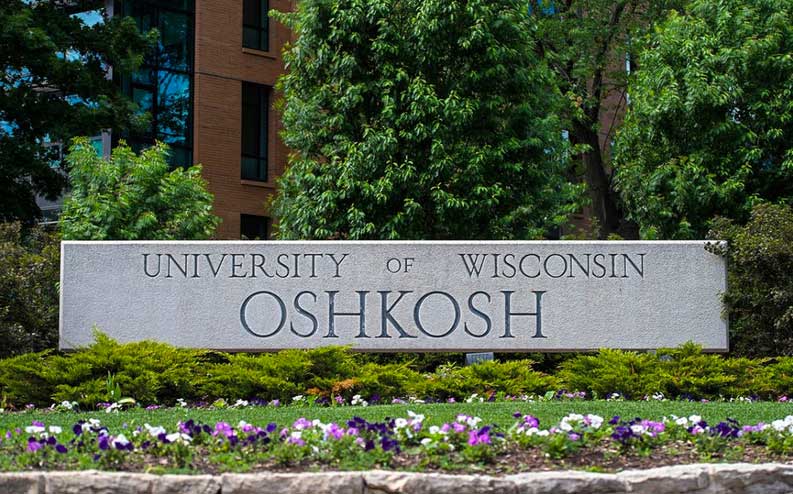