Children swarmed out the double doors like busy ants. When had the schools gotten rid of the obnoxious brass bells that rang by the drumming of a sidearm? Sometimes, life had a way of making her recall how old she was. Thirty. Not a school child anymore, but also not terribly old. She still had time. Across from her, a Hispanic mother, probably in her fifties, waited for two similarly dressed little girls, probably six, the age of her own niece, Maddie.

“Hola,” the Hispanic mother greeted the teacher, Mrs. Richer. “Hola,” responded Mrs. Richer with a wave. It always amazed Joua how Spanish speakers could often speak their native language in public, and other non-Spanish speaking Americans would be receptive to that. That would never work if she suddenly busted out in Hmong to a non-speaker. But she doubted that Mrs. Richer would mind. If anything, Mrs. Richer would probably like to learn how to say hello in all the languages spoken by her first grade students. That was just the kind of American that she was. At least, that was how she’d seemed based on the stories from class that Maddie liked to share at home.

Joua had only seen Mrs. Richer in pictures before, specifically, the class picture that Maddie had brought home after picture day following the first month of school. A blond, twenty-something white lady with a kind smile and rosy cheeks. She looked even younger in person, kind of like a teenager almost. She wore a pink floral skirt and a yellow top and donned a pair of one-inch heels. Somehow, girls in heels always intimidated Joua. The taller the heel, the more intimidation she felt toward that particular woman. It was like the heel gave them power or something. Joua didn’t really know why, but it likely had something to do with how heels made women appear – womanly. Joua could never sport heels. Not today. Joua was indeed that type of girl once before, when she was in high school. But now that she’d long graduated from college and was working a 9-5 job, heels didn’t really fit in her life anymore. What reason did she have to wear them? Buy them?

“Auntie!” Joua’s heart leapt at Maddie’s high-pitched voice. Maddie wasn’t always this happy to see her, except in public of course. Joua wasn’t Maddie’s favorite aunt. Actually, Joua was probably Maddie’s least favorite aunt. Sadly, Maddie even liked Kalia, Joua’s annoying younger sister, more than Joua. Wow, if anyone liked Kalia better than Joua that was a serious problem. Somehow, Joua just never had any energy to try harder than she already was. Her older sisters, Maddie’s other aunts, will always make more than her, look prettier than her, and be more aggressive than her; all of that easily holds influence over little children – not a mind game that Joua had time or energy for.

Someday, maybe someday, Joua would go on and have babies of her own. Babies that will call her mommy and will be receptive to her love and affection. That’s what Joua liked to tell herself anyway when she started to feel left out. But then again, babies took two to create. Heaviness sank inside her heart just then. Oh dear God. When will she meet her Mr. Right?

“Where’s grandpa?” Maddie asked with a frown as she approached.

“Grandpa told me to pick you up today because he’s busy.”

“Take my hand right now before your teacher thinks I’m kidnapping you,” Joua said in Hmong.

Maddie bit her lip, her brows creasing uglily. “Now,” Joua demanded, again in Hmong. “I’m going to count to three; if you don’t then I’ll leave you here with these white people.” Maddie did not heed.

“Have a good weekend, Maddie!” said Mrs. Richer. Joua smiled at her and waved back.

“Bye Mrs. Richer!!” Maddie waved happily to her teacher. A 180. Wow, Maddie was seriously skilled. How manipulative. And people think Maddie was sweet. That was just Maddie’s nature; a teacher adorer; an adult sucker-upper (only to the adults she liked, that was). Joua guessed she’d never be one of those, but who cares. It was what it was. Joua was never anyone’s favorite, not kids’, not her siblings’, not her circle of friends’ or any single friend’s for that matter, and certainly not her parents’. Sometimes, Joua didn’t even know if she herself was her favorite person in the world. Who cares, anyway? Who cares?

Joua opened the Corolla’s back door for Maddie. “Go in and sit down, okay?” Joua softened. “Sit nicely so the police doesn’t see you.” Maddie was so thin and terribly small for her age, she would need a booster seat for any car ride. But only dumb Americans did that. She, throughout all of her life, had never had to invest in one. Not her parents, nor the parents before that. Of course, the parents before her parents lived in mountains in Laos, but whatever. She wasn’t going to spend money on a car booster seat and so wasn’t Maddie’s mom. So… What the heck! Maddie will grow bigger soon.

“What did you say?” Joua said.

“You better get inside right now before I call grandpa and get you in trouble,” Joua said, again in Hmong, with a smile on her face. “I’m going to count to three. If you don’t get in, I’m going home and leaving you to sleep here with those white people. You want to sleep here all night?” Maddie didn’t speak Hmong herself, but understood it well. That was one of the downfalls of being a second-generation Hmong-American kid.

“Ib… Ob…” Maddie rushed inside the back seat. “Now buckle yourself up so the cops don’t see you.” Joua slammed the door shut once she heard Maddie’s buckle click. She got in the driver’s seat and put the key in the ignition. She turned the key but abruptly halted when she heard Maddie’s voice.

“What did you say? Do you need something?” she asked Maddie, staring at her through the rearview mirror.

“I said Auntie Fat! You are just my Auntie Fat, you are not like my other aunties.”

Joua felt her throat knot into tight lumps. She swallowed them all at once, feeling the hard entanglement slide down her esophagus, slowly like a disease under her skin. It made her nauseous. She felt lightheaded, ready to topple over onto a bed in the dark. She was ready to fall into a pool of ice-cold water and sink her head in, face first, and blink underwater so as to clear away her thoughts. She was prepared to let down her hair and strip off her clothes in her room by herself so as to rid of all forces that currently pulled and tugged at every part of her being, skin or hair. She wanted to lay down somewhere, lifeless, and stare at the ceiling and think of nothing. Joua realized, her teeth were gritted so tight, her jaw felt sore.

Joua couldn’t argue with Maddie. Not anymore. She was so tired of arguing, so tired of defending something so often spoken. Joua hadn’t the strength to flap her tongue and say anything adult-like back. She started the car, reversed, and zoomed toward the stop sign. 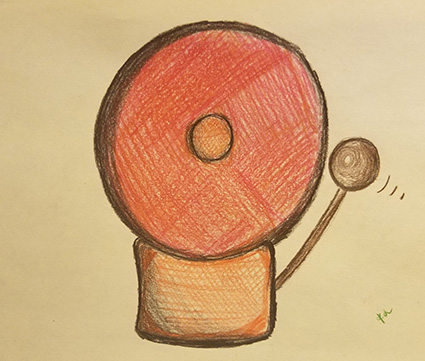