Editor’s Note: This story is provided by Ethnic Media Services.

On the evening of September 1st, Phong Tran, 43, a Vietnamese nail technician in Toledo, Ohio, was attacked without provocation. Since the incident, Tran, who is originally from Los Angeles, has been in the intensive care unit with only a 5% chance of survival, according to his doctor. The attacker, Andre Pitts, has been arrested and the Toledo DA plans to prosecute the case as a hate crime. If Tran doesn’t pull through, the case would automatically be elevated to a hate crime murder, which could carry a life sentence or the death penalty. Ethnic Media Services spoke with Tran’s younger sister, Thao Tran, who lives in Los Angeles, about the attack and its impact on her family and the Vietnamese American community.

First of all, I believe I can say that what happened to your brother breaks people’s hearts, regardless of background.

Thank you. It means a lot to my brother and our family.

Please share with us some information about your family.

My father first came to the U.S. as a Vietnamese boat person in 1979. Subsequently, he sponsored the rest of our family to come from Vietnam to America. I’m the fourth child among five siblings. We first settled in New Orleans, but California was always our dream destination. So, in 1986, we moved to Los Angeles.

And then your brother Phong moved to Ohio?

After living in LA with our family, my older brothers Phong and Son decided to join my aunt’s nail salon business in Toledo, Ohio in 2007. They learned how to do nails and run a salon business from my aunts.

How was his transition to Toledo?

Nail salons are a customer-oriented business which requires you to be part of the community that you serve. This fits Phong’s personality well. He loves to interact with people and quickly became a fixture. In return, people in the community know him and like him. He has many frequent customers. He’s known to be funny, generous, sociable, and somewhat fanatic about football.

Up until the incident, he has lived and worked, and has been a happy member of the Toledo community for over 15 years.

And then suddenly the assault happened?

As this case is still under police investigation and the Toledo DA is also preparing the case for prosecution, I can only share certain information.

On the night of September 1st, my brother Phong and his friend Hai went to a bar named Ye Olde Cock n’ Bull in downtown Toledo, Ohio. After two hours, Hai got a bit tipsy and came outside by himself.

According to witnesses and the CCTV video, Phong walked out of the bar by himself and saw his friend Hai, who had passed out on the bench right outside the entrance. Shortly after, Andre Pitts and his two companions also came out of the bar. And then without any provocation, Pitts suddenly attacked Phong, who was trying to wake up Hai to take him home. He punched Phong in the face and everywhere. The punching was so strong that two of his teeth got knocked inward and rolled down into his lung.

With Phong severely beaten and lying unconscious on the ground, Pitts and his two companions left the scene. People in the bar poured out and tried to help Phong and called 911. By this time, Phong’s friend Hai awakened. He also called 911 and alerted our family. An ambulance came and rushed Phong to a local hospital. Right now, after one month, he’s still in the ICU. Doctors say he has perhaps only a 5% chance of surviving.

What happened to the attacker?

With the CCTV video footage and the account from two eyewitnesses, the Toledo police have identified the attacker as Andre Pitts. Since then, Pitts has been arrested and the Toledo DA is preparing to prosecute the case as a hate crime. If my brother doesn’t make it through, the case would be automatically elevated to hate crime murder.

What have been the reactions from the community in Toledo?

Everyone is angry, very angry. In the neighborhood where my brother Phong lives and, in the area, where the nail salon is located, virtually all the neighbors, customers, friends, acquaintances, and even Uber taxi drivers in the area have been very supportive. Everyone asks the same question, “How could this happen to one of the nicest guys around.”

But even with the community’s support, this must be hard on your family?

It has been extremely hard, a nightmare. My brother Son and all our relatives in Ohio have been taking time off to attend to my brother Phong at the hospital and looking after his fourteen-year-old daughter. My parents, my other siblings and I have also been taking turns to fly to Toledo to help out. It has taken a toll on us financially and mentally. We’re all stressed out with the possibility that Phong might not make it.

Has your family ever experienced racism or hate incidents before?

This event has opened anxieties we have kept bottled up for many years. My family has suffered a lot of racism. When we came to California, we opened a gas station in Los Angeles. We endured all kinds of racial slurs, racist situations and incidents. As immigrants with a small business to run, we feared speaking up and fighting back as it might cause trouble and hurt our livelihood. So, we kept our heads down, we stayed quiet.

But no more. We’re tired of keeping quiet. We’re American citizens like any other Americans. We now realize that we need to speak out because things will only get worse if we don’t fight back.

How would you describe Phong?

My brother is basically a family man. He has one daughter, 14 years old, who is the light of his life. He’s devoted to her and our entire family. If family members and friends needed anything that he could help with, he would always say yes and be there. Never hesitant. From his time growing up in New Orleans, he developed two passions: he loves the New Orleans Saints football team and cooking food, New Orleans and Vietnamese style. He cooks for everyone at all our family gatherings.

Thao Tran has organized a GoFundMe page to help with medical expenses for her brother. If you’d like to help, please go to https://bit.ly/3McXsLM. 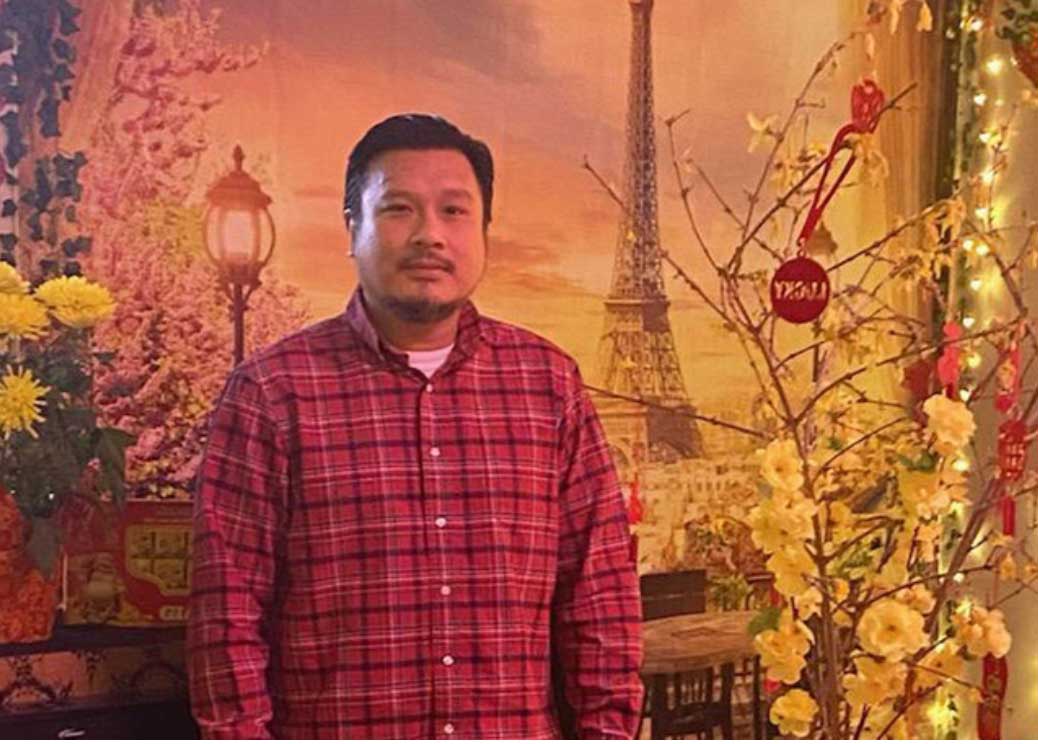 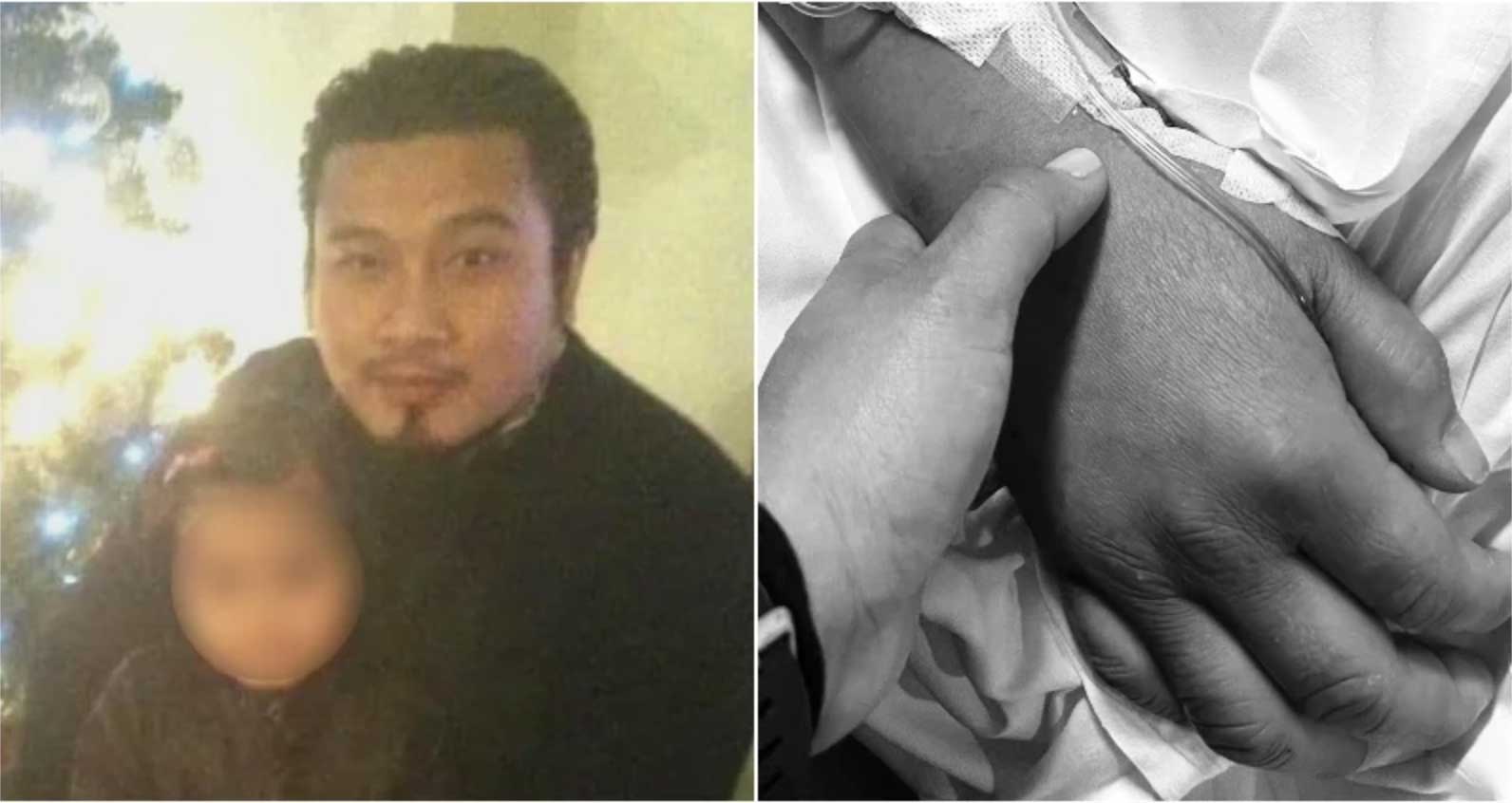