Down The Rabbit Hole

From the desk of Drew Hopkins, Legacies of War Marketing and Communications Intern

“A tale of databases, dust and murderous words. The words that I read, tucked away in the dusty filing cabinets of the Pentagon and Langley never flew an aircraft, never opened a bomb bay door, never pulled a trigger. Yet they killed nonetheless.” – Drew Hopkins

“The pen is mightier than the sword” is one of my favorite idioms. The idea that the written word will always weather the storm of violence, that wounds will always heal long before ink fades, is an undeniably powerful one. So powerful, in fact, that for as long as I can remember, I never really questioned it – until May of this year, when I was confronted with a disconcerting realization: Sometimes a pen can look an awful lot like a blade.

I think I speak for many of Legacies’ interns when I admit that I didn’t know much about the Secret War before I applied for the job. Heck, I didn’t even know much about Laos other than what was written in the first couple paragraphs of its Wikipedia page. But I loved the organization’s mission and approached the internship as an opportunity to cram into my history major brain all I could learn about this small Southeast Asian country. And cram I did, gobbling up the documentaries, books, and articles that the team had collected in our Legacies Library. I even got around to reading the rest of the Laos Wikipedia article. As the kids say, I was in the zone. With my background knowledge of the Secret War somewhat established, I was ecstatic when our chief of staff, Aleena, greenlit a side project I’d been kicking around since I started my research: finding and compiling as many primary sources from the war as I could.

At first, I was bombarded by early 2000s web design and pages of legalese. Fortunately, I possessed a secret weapon, far more potent than the childlike enthusiasm one experiences upon starting a new project: extreme stubbornness. I first locked in on a series of contemporary reports written by the Air Force during the Vietnam War. Produced as a part of Project CHECO (Contemporary Historical Examination of Current Operations), these documents included analyses of the military situation in Laos as well as summaries and recordings of U.S. operations. Of particular note were the detailed lists and tables that usually came attached to the end of each paper. From lists of deployed aircraft to graphs that tracked the number of sorties and tables of expended ordnance, these reports were a treasure trove of information for any would-be researcher… or fidgety intern. I reveled in the fantasy of being a 21st century Woodward or Bernstein as I shared my findings with my increasingly irritated family.

Then something changed. On the third day of research, I realized what those funny-looking black marks on the page meant: They were tragedies. Each aircraft in the deployment table was a young pilot far from home. Each sortie on the graph was an afternoon of terror. Each bomb on the expended ordnance table was a shattered limb, a ruined house, or a family with one fewer member. The words that I was reading – the memos, orders and after-action reports often written by some armchair officer who probably hadn’t even heard of Laos before the war–were tied to real memories, real emotions, and real human beings. It was a strange moment for me, one colored with a not insignificant amount of guilt. Guilt that just minutes before I had been play-acting investigator with the vestiges of people’s lives. Guilt that I had found it so easy to dissociate these documents from real people, just because I lived in a different place at a different time. If the U.S.’ Secret War on Laos was a crime, then the pdf on my laptop screen was the murder weapon.

“The pen is mightier than the sword.” Of that fact I have not the slightest bit of doubt; however, I fear it may be true in a way I had never imagined. The words that I read, tucked away in the dusty filing cabinets of the Pentagon and Langley never flew an aircraft, never opened a bomb bay door, never pulled a trigger. Yet they killed, nonetheless. Modern war is fought on fields of paper with planes made of paragraphs and bombs grafted from periods. On this front, administration, bureaucracy, and logistics are more dangerous weapons than any bomb.

But secrets lose their power once they are revealed and uncovering these once-secret words is a step toward undoing their harmful legacy. Wounds caused by the pen, grievous as they are, can and will heal. Of that too, I have not the slightest doubt. 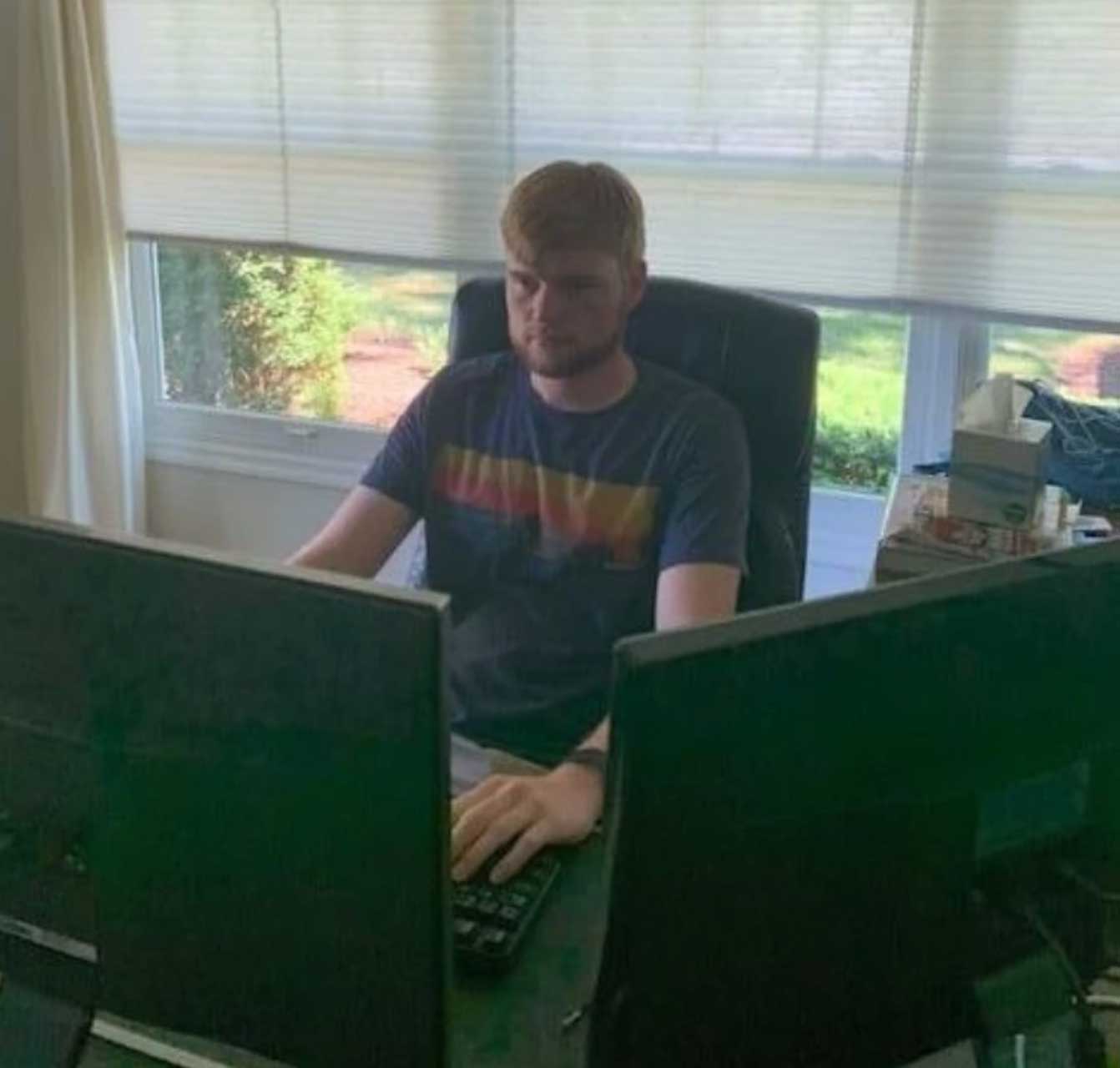 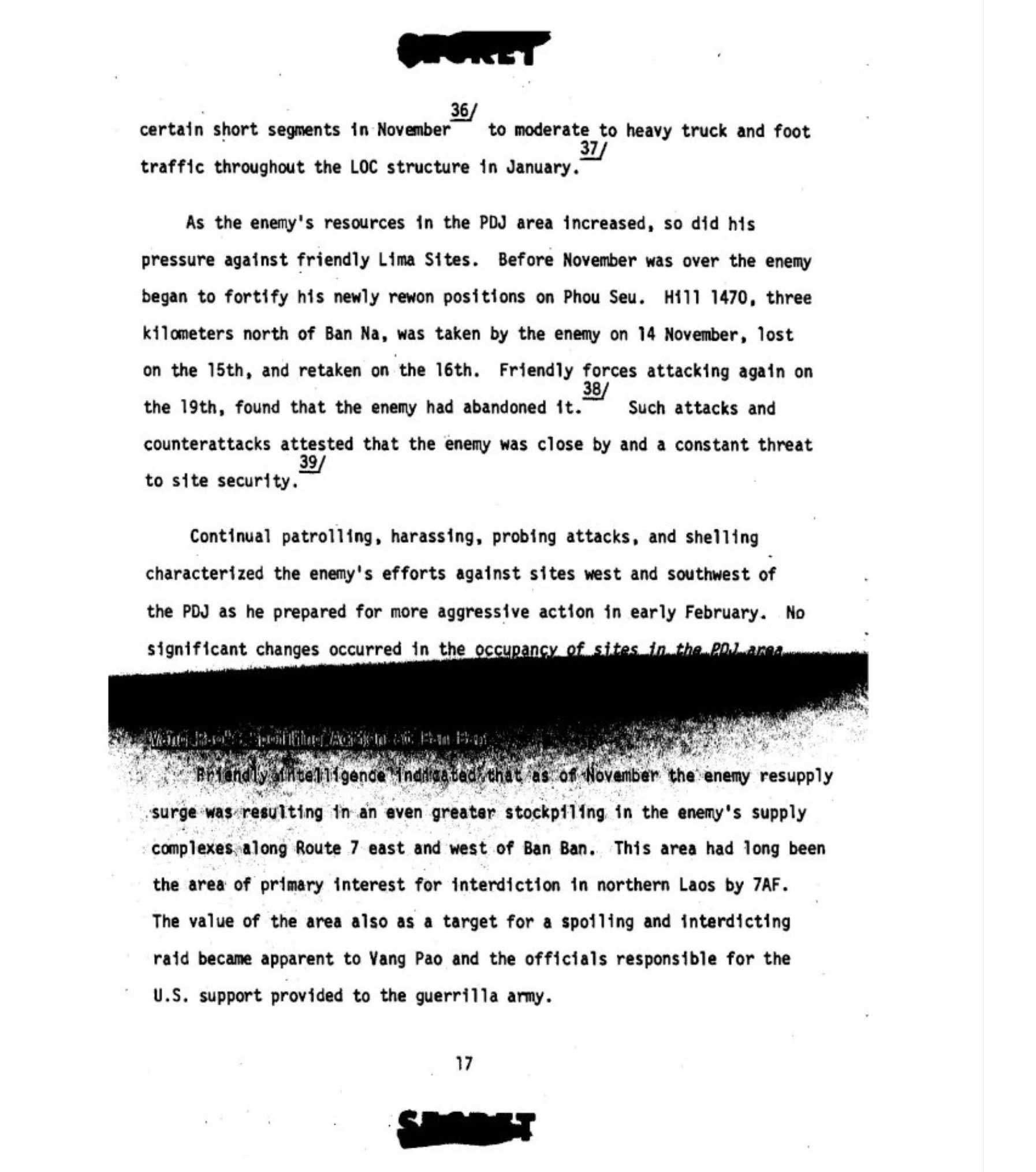