Don’t Get Rolled Over By Shady Paving Companies, BBB Warns

The Better Business Bureau® of Minnesota and North Dakota is warning consumers of a seasonal scam that tends to pop up in warmer months – asphalt paving schemes.

These suspect asphalt companies often place ads or go door-to-door claiming to have extra asphalt from a nearby project, allowing them to give you a discounted rate. Unfortunately, these jobs usually end in sub-par work that costs much more than originally quoted.

A woman from Grand Rapids, MN, lost $50,000 to one of these sub-par asphalt companies. The company first advertised in a local newspaper, calling themselves Convenient Paving, but the following year, a company with the same phone number advertised as Convenience Driveways. The woman contacted the company for a quote and was told they had extra materials and could do the job right away.

Despite the driveway having a three-year warranty, the woman reported to BBB that grass was growing through the asphalt within two weeks of the job being done. After following up with the company, a representative agreed the driveway needed to be fixed and said he would be in contact to schedule a day and time. The woman followed up with several phone calls but never heard from the company again, she told BBB.

“I told him I paid him too much and that this was not acceptable,” she said. “I questioned their credibility and other issues.”

To avoid being tricked by asphalt schemes, always know whom you’re dealing with and research the company at bbb.org. You can always ask the salesperson if they have a solicitor’s license from the city in which they’re doing business, or you can call your city officials directly to ask if they’ve received any complaints about a certain business.

It doesn’t hurt to follow these general rules to avoid an unethical asphalt company:

Consumers are often safer dealing with a contractor who has local roots. Contact BBB for free Business Profiles on any company you are considering doing business with by visiting bbb.org, or by calling, toll-free in Minnesota and North Dakota, 1-800-646-6222.

If you have been scammed, you can help other consumers avoid the same problems by reporting your experience to BBB’s Scam Tracker at bbb.org/scamtracker. 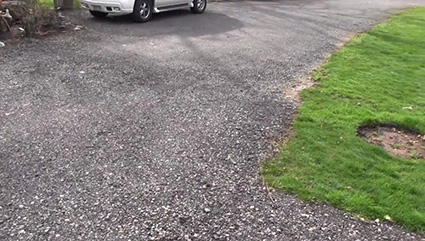 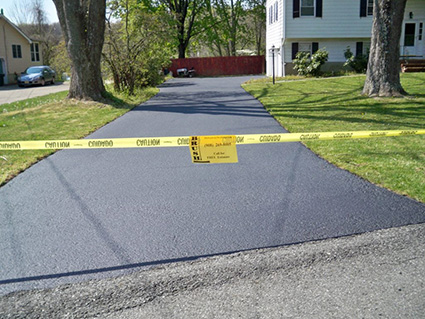