In Laos, by tradition, the Hmong celebrated their New Year celebrations for generations in either November or December each year based on the lunar calendar. The salience of the cultural celebrations is the time, when most important rituals are performed in remembrance of the ancestors with the hope that the incoming new year will bring luck and prosperity to Hmong families and when appreciation is made to thank the previous year as the Hmong had made their lives throughout the year.

Additionally, the Hmong New Year celebrations are one of the occasions for young men and women to dress up in their finest traditional outfits for ball tossing games as one of the ways to know young, single individuals for courting purposes. Marriages often occur during this time of the year, so the celebrations have been a cultural identity to sustain the Hmong society for generations.

Despite the importance of the Hmong New Year celebrations, Hmong Nationalities Organization feel some Hmong-Americans have abused the cultural events for personal enrichment and name recognition, since each celebration is attended by thousands of Hmong who are asked to pay for their admission fees. As such, they have committed to celebrate the “Hmong New Year events” from September to December each year, beginning in Oshkosh, Wisconsin, and ending in Fresno, California. Such celebrations have created divisions among the Hmong clans without unity and consensus on a fixed time of the cultural celebrations.

On December 15, 2017, under the leadership of HNO, Hmong around the globe and the United States will group together in St. Paul, Minnesota, to sign the Declaration of the Global Hmong New Year’s Day Celebrations. On December 16, 2017, there will be a ceremony to declare the Third Friday of December to be the official fixed time of the Hmong international New Year celebrations. 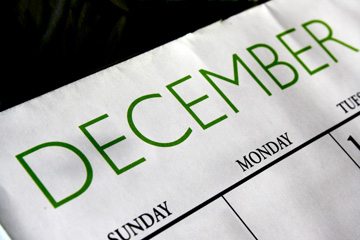