I have parents and grandparents who constantly remind my siblings and I how lucky we are because “back in Laos” or “when I was little” they were so poor. When we were picky about our food or didn’t finish what was on our plates, our elders would give us lectures about how they never had enough to eat. If we complained about going to school they would ask, “Would you prefer to work in the fields all day in Laos?” We understood how lucky we should feel because never a day went by where we suffered without food or water, but we never fully comprehended how much our parents and grandparents had suffered in Laos and Thailand and how their experiences might still traumatize them today.

I live in St. Paul, Minnesota, and collect stories from Hmong refugees. These stories are meant to educate those who do not understand the struggles refugees face when they lose a place to call home and are forced to find a new one. These stories are also meant to educate Hmong youth who do not understand how their parents and grandparents feared every day for their lives when they were in Laos and Thailand.

I first collected the stories of my grandparents, but over a year ago started to volunteer with a nonprofit organization called Minors, collecting stories in Minnesota. Minors started in the 1980s helping Hmong war orphans in Ban Vinai refugee camp to resettle to America. Today, Minors helps students (mostly Hmong) in northern Viet Nam to continue school by providing basic necessities such as easier access to water. Doug Hulcher is the executive director of Minors and had taken many photographs in the refugee camps from the 1980s, which will illustrate the stories to create a book to educate our own young people about what the previous generation experienced before they came to America. We are so thankful for Peb Hmoob on Payne Avenue and Hmong Elder Center on Rice Street for inviting us into their space to converse with many Hmong elders.

I recently went to California to collect stories of Hmong refugees from Sacramento, Atwater, Clovis, Fresno, and San Diego. This trip was sponsored by BF Yang Company, LLC and St. Catherine University Center for Women as well as family and friends who donated. A huge portion of this trip was funded by my partner who acted as an interpreter. In California, we sought out former Hmong refugees Minors had assisted in the refugee camps to interview. We also connected with many relatives and community members for interviews, being able to interview a total of 18 participants over ten days. In Minnesota, we have interviewed 16 participants with an additional 16 interviews from Harding High School’s Hmong Language Level 4 students. Throughout these interviews, I recognized some commonalities Hmong refugees faced in Laos, Thailand, and America to share.

A gentleman I interviewed named Wang Seng Thao shared that the life of a soldier is a sad life to live. In Laos during the Secret War, it was not a time to choose if one wanted to be a soldier or not. Many Hmong men were forced to be soldiers to protect their country and their families. Leaving their families behind to become soldiers, they worried who would supply their wives and children food. As soldiers, they became targets for Communists always holding their guns close and lived in fear from day to day, not knowing if they would be alive tomorrow. Some soldiers who did not survive the war would be brought back to Long Cheng by buses. Then, their bodies and name tags would be taken in a helicopter to be sent back to their loved ones while the ones with no name tags would be cremated at temples. In the jungles of Laos, where many families ran through to escape to Thailand, the trails were filled with dead bodies, skeletons, and worn-out Hmong clothes and soldier uniforms.

Hmong women who escaped Laos while being pregnant or carrying their children are strong. Some carried one child on her chest, another on her back, and in addition, sometimes clothes, food, and water. Their feet became sore and swollen, yet they continued on their path to escape from Laos.

Most interviewees compared the Mekong River to the Mississippi. It was safer to cross at night because the chance of being shot at by a Communist was less likely, but at the same time it was not safe. Near the shore of the river, there were washed up boats flipped over and dead bodies from bandits who robbed and killed. Families were overcharged to get on boats and were sometimes forced to give their children opium who often threw up or died from it. It placed a lot of pressure to make a decision: either the whole family turns back to Laos and risks getting shot, or risk their child’s life to escape. Mai Ntxhi Xyooj shared how her father Vam Tub Xyooj traveled back and forth from Laos to Thailand and brought floaties for the family and relatives to cross the Mekong River with. He tied a rope from one person’s waist to the next, so everyone would stay together. Other families did not have to cross the Mekong River. Once I started collecting stories, I discovered there were other ways to get to Thailand. Some families crossed another river, most likely the Hueang River.

Life in the Thailand refugee camps was fun for some children and for others, a tough time. Those who had fun in the camps sometimes played with no shoes or pants as they had none. Boys would use slingshots to shoot at fish and birds. Their aim improved after each day. Sometimes they would make a fire and cook what they hunted right away or they would bring it home to eat. After a monsoon rain, the ground would be flooded and the children would play in water up to their waists. When it didn’t rain, they would play by digging holes in the dirt or rubber band jump rope. And when they saw someone just stand wherever to pee, they just think, “Oh, that’s how you pee.” Other times, it was tough for children because some knew the struggling situation they were in. Sometimes parents gave their own children’s clothes away to their nieces or nephews who were orphans. Children were sad to see their clothes given away because they knew they didn’t have much. There was an attachment to things. Children also knew food was scarce. When there was a mango, eight children would share that one mango amongst themselves and when one child had food, they wondered if their siblings had some.

Soldiers who helped the Americans during the Secret War got the privilege to resettle to America first and soldiers who helped the French Military got the privilege to go to France. Many preferred to go to America because it was known to provide better opportunities and education. It was a better life. Others followed in their footsteps because so many people were resettling.

When interviewees told their stories about adjusting to America they would laugh about their past mistakes and I could not help but laugh along! One huge adjustment was snow. Zua Her shared how the laundromat was far from their home, so they hand washed the clothes, and hung them outside to air dry. They were shocked to see their laundry frozen. Another huge adjustment was the grocery store. Hmong people were used to seeing animals slaughtered whole and not already cut up and packaged. Mai Thao shared how she and her siblings never knew what candy was, so at the grocery store, they always wanted pickled stuff like pickled garlic, shallots, and green tomatoes. Some children had a hard time adjusting to school because they did not know English and for some, it was scary not knowing it. William Xiong shared how the hardest adjustment in school was having unfamiliar foods such as milk and apples. The teacher would compel he and his friends to eat it, so sometimes they would hide it away.

Child refugees adjusted faster in America than their parents to English, so parents had to rely on their children to interpret and transcribe. Some were glad to help out, but at the same time, they did not want to carry such a heavy responsibility. They had to go to appointments acting as interpreters, wrote out the bills, and much more. This made them learn about responsibility at a young age, but often before they were mature enough to handle the responsibilities.

Adjusting in America for a Hmong girl meant carrying multiple roles: traditional and societal (the inequalities and expectations shared are still happening today). At a young age, they had to learn how to cook, clean, and watch their siblings. At the same time, they were also expected to do well in school and encouraged to complete it. However, boys were more encouraged to get a higher degree. They had to be better than the girls because someday, they were going to be head of the households while girls were pressured to get married and have children, but girls too, wanted to further their higher education. Some girls were able to, thanks to their parents, in-laws, and husbands who supported them, but it was not always easy due to traditional roles they had to carry. Palee Moua shared how she was a student in Laos, but once she got married, she stopped continuing her education. However, she never stopped hoping to be a student again. She always hoped to be a doctor or nurse one day. In the refugee camps, she worked very hard to care for children by carrying buckets of water and chopping her own firewood while her husband worked. Once she got to America, her American sponsors said she had to go to an adult school. As a Hmong woman, she never got to voice her dreams and emotions to anyone because Hmong women traditionally are not allowed to; yet here was a miracle for her to pursue her hopes and dreams. Her first day to school, she held her books in her hands and questioned herself with excitement, “Am I really a student?!”

Today, most interviewees are happy with their lives. They want the Hmong community to know everyone has a unique story to share. Sharing your story gives others permission to share their stories. The interviewees also want to let the younger generation know how important it is to pursue an education, your dreams, and aim high, but also to come back and learn about your own culture. 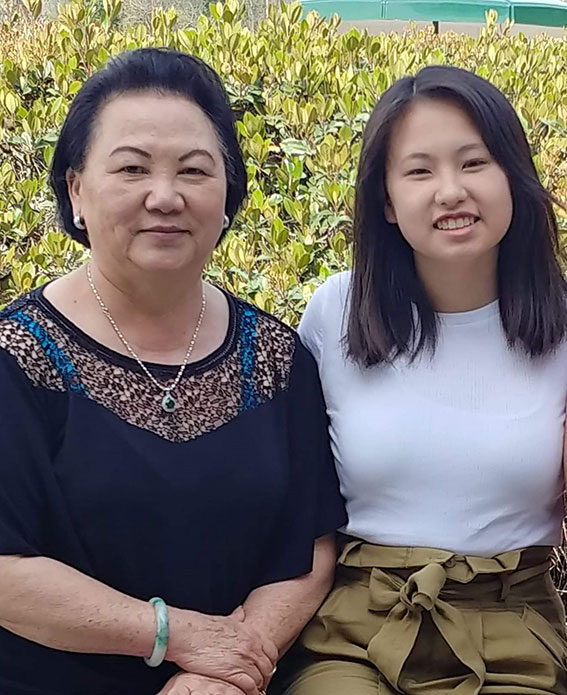 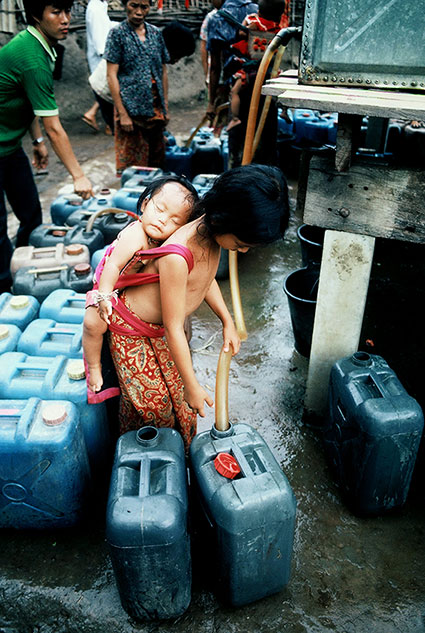