Funeral drums rumbled at the front of the crowd. A wedge of wood held the double doors wide open, as if welcoming spirits of all sort. Incoming was a trail of people, couples carrying Kawm (hmong backpack) on their backs, women and men wailed loudly like agitated children. The sound sent a distressed energy up to the roof of the entrance hall, and a chill down Cuaj Leeg’s spine. He felt uneasy. When once he used to come here to pastime, as a remedy for his uncontrolled mind of missing his late wife, today was different.

Though the hall was familiar, the people weren’t. Cuaj Leeg had been here almost every weekend over the past months, but only to mourn for strangers in the community. But today, it was for his very first love.

Cuaj Leeg briefly stepped to the sidelines as well as he could manage. One by one, flower arrangements the size of men were carried in single file. Each one was adorned with a silk ribbon, on it printing the gifter’s name.

The moment felt surreal, saddening but calm, painful but relieving. Guilt. Cuaj Leeg had frequented these halls every weekend. So did he by chance will this day to come?

Thumbs down his beltline, adjusting his trousers, which were falling off his waist. Cuaj Leeg hadn’t slept a wink the previous night and didn’t have time this morning to iron his good pants. He was hyperaware that his left pant leg had wrinkles and the upper clasp on his waistline was secured only by a thread. His heart rested. His fading leather belt was intact. That gave him some sense of peace.

Maiv was his first love. He’d forgotten about her for so long a time. Or perhaps he had grown good at suppressing thoughts of her in his mind. Cuaj Leeg didn’t know which was the case. But what he did know was that, she’d hurt him after marrying his younger brother. Yet, he didn’t know if the guilt he felt now involved Maiv’s death or was it something to do with the fact that he and Yim Leeg had not spoken in years.

“Tuaj Los (You made it)?” greeted an elderly man. Cuaj Leeg didn’t even turn his head. He had been so deep into his own thoughts that he hadn’t even noticed when this man materialized beside him.

“Aws, tuaj os (Yes, I’ve come).” From the corner of his eyes, he could see, the man was dressed in a dark suit with a contrasting sim ceeb (ribbon) around his waist, more elaborate that what Cuaj Leeg had managed to don.

“Nws yog leej twg rau koj (And who is she to you)?” he inquired.

Cuaj Leeg’s brows creased. How rude of him to be so direct. Cuaj Leeg had the thought that he was there to sour his mood. Though everyone knew of their family’s drama, no one ever dared talk about his relations to Maiv.

“Kwv Tij, tej no tsis yog koj banham nawb (Bro, such info is none of your business),” Cuaj Leeg began to say, until he turned his head. Cuaj Leeg’s breath caught sharply at the end of his throat.

Standing beside him was his nephew, Peng, staring oddly at him.

Cuaj Leeg’s forehead itched as beads of perspiration trickled down it. A blast of hot air warmed him from behind. His throat became dry.

Peng’s eyes widened. “Uncle, what are you talking about? The doctor hasn’t let anyone else visit mom all afternoon.”

“Doctor?” Cuaj Leeg scratched his head. His blurred eyes followed to where the beeping came, and IV drip. They were still in the hospital.

“Where are we?” Cuaj Leeg said, dazed.

“Uncle, you were just talking to mom for an hour now. Did you forget?”

Cuaj Leeg stared here and there. Was he?

Stay tuned for Chapter 10 in the next issue of the Hmong Times. 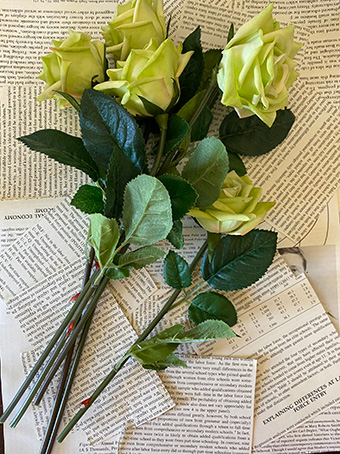