Snow didn’t know to fall on the refugee campground. That was the only home she’d ever known. Though she and her husband Yim Leej had settled their little family in Minnesota one fateful winter of year 1986, Maiv has never felt so much at home as when she was a single woman in the camps of Thailand, body fertile as the Laotian soil, pure as the river that nourished her thirst; there she waited for her true love, Cuaj Leeg, to ask for her hand in marriage.

In her heart of 16 years, she had hope. The love she held for Cuaj Leeg was the truest she’s ever felt for anyone. At this tender age, she swore she wouldn’t love another as she did Cuaj Leeg. There was something so charming about him. He captured her heart, body, spirit, and soul, and she was certain no other man could take his place. It was neither anything he said or did. It had nothing to do with the fact that Cuaj Leeg was her first boyfriend, the first man to court her, the first man to offer her his hand when walking the camp base. But it had everything to do with Cuaj Leeg himself. He was one of a kind. It was the way he made her feel, like she was a complete human. He acknowledged her very existence. Adored her terrible hand at embroidery, making her blush. He saw her struggle with the Hmong daughter life and vowed to give her a different life. He once said, when they married, he would share the housework. He would try his hand at cooking meals and cleaning the dishes. This made Maiv’s heart melt. If only this future would come to her sooner than it was, life would be magical.

Streaks of tears as pure as the gently flowing river trickled freely down her soft, fragile cheeks. Maiv is 16 again. Was she dreaming? Her waist, a fine curve like that of the liag that she once hooked on her shoulder during harvest season. Green and red sashes tied firmly around her torso, maintaining her Hmoob dawb skirt securely at her hips. This was her finest dress, a Hmong white pleated skirt with bright sashes to scare away lurking spirits. Maiv only wore this dress on special occasions. She only had one of these pleated skirts. It was quite expensive actually, its upkeep and its purchase price. When she didn’t wear it, she had to Khaws Nre with waxed silk threads that made her fingers itch for relief. Though Maiv is a good Hmong daughter, one who cooks, launders, and cleans, she was terrible at the art of embroidery or anything to do with a needle. But today, she had a feeling she wasn’t going to be toiling with needles any longer. For there was a tugging inside her heart, a yearning and a seeking for something more. Something bigger. Something, secure.

Time seemed to move so slowly now that she was floating amid waters. Her life flashed through her mind, slow motion, like some kind of 90’s movie scene. When Maiv was back in Laos, these waters were not to be treaded. Spiritual communities of dragons and reptiles dwelled there, each with young male sons seeking wives. If anyone were to cross such body of waters with the wrong footing, during the wrong hour of day, or even at certain spots unfitting for human crossing, their spirits would be at risk for seizing. Bodies for dying.

A siren blared in the distance. Maiv’s head turned toward that direction like a startled squirrel. This was the typical sound in the Minneapolis neighborhood that she and her husband once roamed while shopping for groceries. There weren’t many Hmong grocers in their home city of Brooklyn Park. They often had to travel to Brooklyn Center and to Minneapolis for the daily vegetables.

The siren wailed louder now as if approaching her. Head turned left, right; she saw nothing. No commotion heading before her. No red and blue lights. No cars on these dirt roads. No sign of danger. Layers of fog blanketed the treetops like a protective womb ‘round a growing fetus. In her memory, Laos wasn’t so gloomy. But here she was, on the vacant land where she grew up. The local shrub still stood in its place, a nuisance to the villager but a refuge to the local turd-turning insect. And the siren wailed still. Laew. Laew. Laew.

A long vehicle, the longest vehicle she’d ever seen in her life, puffed toward her. The bus, an off-white color. Faces peeped from frost windows. Maiv’s ears pounded, begging for rest. The wailing enunciated. Maiv‘s heart pounded as she tried to decide between jumping on or watching it pass her by. She wasn’t quite sure where she was going. Yet in the back of her head, there was a voice that was guiding her. The voice, unlike the blaring, was subtle and calm. It said: Go back to your hometown. Find the home from which you came. The one that birthed you. Go to the end of the bed. And dig there. Dig there.

What was she looking for? Cuaj Leeg? Yim Leej? Her mother? Faces of families, uncles, aunts, cherished ones, and people in love became clearer as the bus came closer.

Deja vu. She remembered this scene. If she got onto the bus, it’d lead her to her new home, the U.S. She hadn’t packed much. But she didn’t need much. U.S. That was where she was headed. Cuaj Leeg was the only one in her mind. And there, he promised, he would be at the station waiting for her. Whether in Thailand or America, he would wait for her. They would reunite. And marry.

The engine howled on by, a dark exhaust exhaling at her, fogging her memory. Maiv stretched her arm eagerly.

Stay tuned for Chapter 9 in the next issue of the Hmong Times. 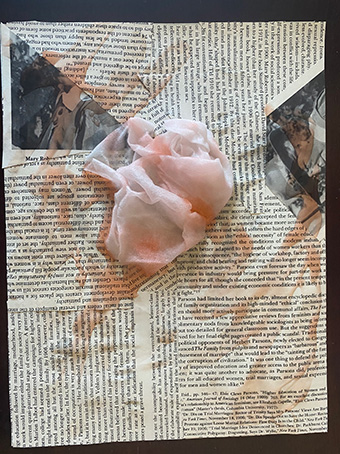 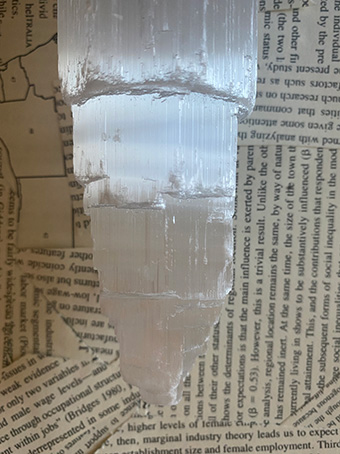