A moment in time, Peng was driving from school. Farming was the worst thing on his mind. He hated the thought of farming. It actually made him sick. Sometimes, he even needed to lay down when he thought too much about farming. It made him feel depressed and hopeless for the future. Thoughts of farming led to thoughts of suicide, caged birds, or small spaces inside a cave. He never liked thinking about farming. Back then. But right at this moment, farming is all that comes to mind.

Thoughts of it now conjured images of self-loathing and anger. Why had he been so selfish? Always thinking about himself. If he really was honest, his mom was the true farmer. She did most, if not all, of the hard work. She was the one who went to the field everyday. She planted the seeds, evenly spaced, into parallel rows that curved with the street. She was the one who came out to the fields even on the most humid of sunrises, grueling Minnesota mosquitos hungry, ruling the air. Yet she persisted, sprayed on her bug spray, put on her floral shielding hat that covered even her upper back, wore her tacky hot pink windbreaker jacket and was in the fields, with her bare hands, plucking away foreign weeds in competition with the sprouts. Her days went like this. Many of her days were spent on the farm. Maybe it was her sanctuary. Maybe it wasn’t.

Peng rubbed his eyes as if to rub away those memories. Hospital chairs can be so uncomfortable. His back was curved like a cheese curd as tight as he could make it to fit the loveseat beside his mother’s bed. Peng rested his temple on the wooden armrest; he was starting to get a headache. The white hospital light wasn’t helping either Peng stared into oblivion as his mind focused on the relentless beep, beep, beep of the IV monitor, on the other side of the bed. How had things gotten them here? His mother unconscious on a hospital bed. So many thoughts ran through his mind. Where did he go wrong? Was his mother ill? Since when? Why didn’t she tell him? How long would this be? Peng didn’t know if he should seek a shaman or just pray. He didn’t know if calling his father would be a nuisance or not. He didn’t live with them and also had his own life with Niam Yau, a new kid, in a new apartment. Plus, his dad didn’t work, only Niam Yau worked. Would it be of any use calling him?

Now all he wanted to do was continue to curl up in his chair and think of farming. If he could only have things the way they were, even if it sleeted or hailed early into Minnesota spring, as it sometimes did, Peng would put up with it and farm in the makeshift little greenhouse that his mother built for harsh times. He wouldn’t complain about a thing. He would initiate the drives to the farm and be the one who woke his other up at 4:00 AM and not the other way around. If he could do it over, he would try to do more things to make his mother happy.

Peng wiped away his river of tears as the speaker on the bed remote buzzed.

Nurse: “Hi there. There is family here to see her. Can they come in?”

Surprised. Who could it be? He didn’t remember telling anyone.

Peng frantically sought out the red SPEAK button on the remote and pressed it firmly with his thumb. “Yeah that’s okay.”

Peng got up from his chair, clasping his uncle’s hand in greeting. Peng didn’t know what to make of this visit. His uncle hasn’t seen their family for the longest time. His uncle didn’t get along with his dad. Shocking was an understatement.

His uncle nodded. He gracefully took the seat on the opposite side of the bed. His eyes were swollen as though he’d been crying on the drive here. He cleared his throat hoarsely.

Stay tuned for Chapter 8 in the next issue of the Hmong Times. 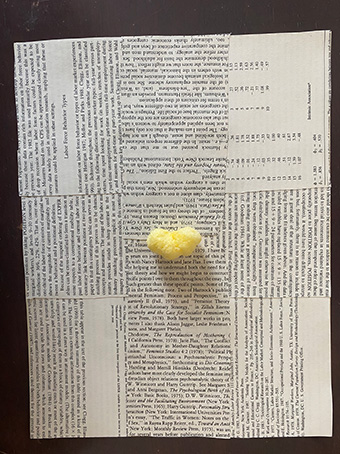 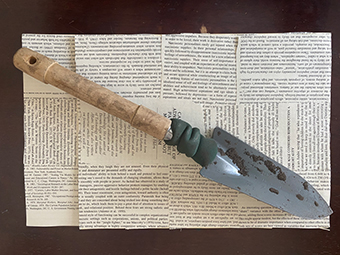