All of her life, she has only wanted to please her parents. Well, it’s only her dad now. Since her mother’s passing, life has been harder on her. To her, her dad means more to her than anything. Not just because he was alone and sad since her mother’s passing. But also because of all that he’s done for her. Risked his life, long ago, to escape war-torn Laos as refugees in Thailand and then took the leap of faith to come to this country. Gaojia doesn’t know if she could have even taken that same leap.

Things became more intense following her mother’s demise. More chores, more obligations to think of her duty over her happiness, more feelings of guilt surrounding anything done for the pleasure of herself. Like fantasizing about her future lover, for example. That was one thing she often found herself engaged in. And similar to her boy cousin, Jeffrey, (from her mom’s side, of course, since they were more liberal) she didn’t want to marry a Hmong. She just found it hard to see herself restricted to such the Hmong lifestyle. What kind of lifestyle, you ask? One like the one she’s lived so far. Gender roles. Female submissiveness. Caring too much about face and image. Wanting to please the crowd rather than the individual. Such thoughts made Gaojia literally sick to her stomach.

Here she was at her boy cousin’s wedding. The American wedding to be precise. Her dad didn’t come because, well, he’d already done his due diligence of attending the Hmong wedding, which usually was the more boring, labor-intensive, money-costing part of the whole matrimonial process. She was glad that all she had to worry about was the American version. It was more enjoyable. Though Gaojia considered herself pretty introverted by nature, she still liked to entertain herself with people-watching during such events. It was amusing and reminded her that there is more to life than just being a Hmong daughter.

The crew of dressmakers walked pass her table, holding in their delicate hands the traditional Korean silk-like dress altered for the bride. Gaojia stared at the vibrant, lively colors of the traditional Korean wear. Jeffrey’s wife was Korean, not Hmong. Well, Korean-American to be exact. It was a whole different culture with different rules. To be honest, Gaojia didn’t know how that would work for the two. And the two’s parents. Jeffrey’s parents, Goajia’s aunt and uncle, wanted certain things in a daughter-in-law, one most crucial thing being – Hmongness. But Jeffrey had a different taste.

Would So Yeon, Jeffrey’s to-be-wife, be able to love his parents like how they want to be loved? Gaojia doubted it. Interracial relationships were complicated. At least, Gaojia has never seen one flourish.

Gaojia snickered mentally to herself. It’s so odd, the notion of this wedding. It was kind of like a ticking bomb. Everyone there, herself included, knows that this relationship somehow won’t last forever. In Gaojia’s perspective, the Hmong culture was just too much to handle even for a Hmong daughter-in-law sometimes. But some outsider? They didn’t stand a chance. And considering how traditional her aunt and uncle were, this special day ironically seems like a day of wager for loved ones and friends to come and witness the spectacle of this divorce-bound atomic bomb. Sad. Gaojia hated thinking this way. She too was guilty of having attraction for a non-Hmong mate.

It seems that every where she went, weddings, college, home, T.J. Maxx… no matter who she saw, her whole existence reminded her of the fact that she loved her dad and she owed him a Hmong son-in-law. She didn’t have the freedom like Jeffrey to choose her mate. No that would tear her only remaining parent’s heart, and God knows how much more pain his dad can take.

Gaojia’s stomach turned and her morning McDonald’s Egg Mcmuffin reversed-osmosis-itself in her belly. A wave of barf-potential rose up Gaojia’s chest. She stood up, prepared to head toward the restroom.

Her phone dinged. A text from her dad.

She opened it. There was an image attachment. The little circle thingy spun and spun. Downloading. Poor reception, she guessed. She proceeded toward the bathroom.

The hairs at the back of her neck rose at once, her nausea fading instantaneously like a lost spirit. Why would her father send her a picture of Peng’s mom at the funeral home? In Hmong clothes.

Stay tuned for Chapter 7 in the next issue of the Hmong Times. 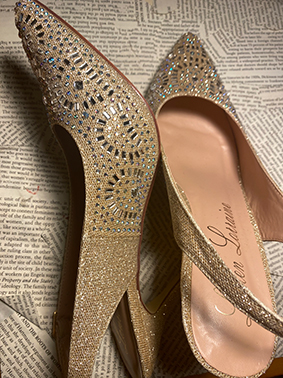 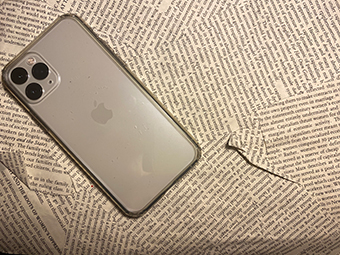