White flakes floated down slowly like falling feathers. Winter was here at last. A blanket of white fluff was all that could be seen where Yim Leej’s backyard garden of cilantro, green onions, and lemon grass used to be. It wasn’t a large garden. He, Niam Yau (second wife), and their kids were living in a two-bedroom apartment now, not a single-home dwelling as was their prior home in St. Paul, and land for personal farming was limited here. Usually, gardening wasn’t encouraged on apartment grounds. Yim Leej had been thankful though that their current landlord, a young Hmong man – a homeowner, had allowed them to keep their current garden that season. Yim Leej considered this one of the few blessings in his life.

Life does change, doesn’t it? This has been the very question in Yim Leej’s mind over the past few weeks. It was nearly October now, but snow was already here. If Yim Leej recalled correctly, snow didn’t usually fall in Minnesota until November. Or was it December? Oh face, if he wanted to get it right, he would have to look at an actual calendar and count down the number of months in the last half of the year. That was just how Yim Leej kept track of things; he needed to see it visually. He was not much of a mental thinker. A bout of gloom, unlike the bright winter sky, brushed over him at this thought. Sometimes he wondered if he was a thinker at all. The decisions he’s made in his life. The marrying of Maiv, his older brother’s girlfriend, followed by the marriage of his second more youthful wife, Ntsuab, his mail-order bride from Laos. These were supposed to be steps forward in his life. That’s how he’d imagined them at one point.

But life does change so drastically in a matter of a few years, Yim Leej thought. Seasons do come and go and then repeat their coming and going. Leaves, once green, learn to change into vibrant dresses of reds and oranges and then let go from their mother branch and in comes a breeze of frost. Only to greet their mother branch again in the next lifetime, when the sun does return to warm the earth. But the seasons of life, they only come and go, but do not repeat nor replenish like the leaves. And the loved one in Yim Leej’s life has come and gone and is not to return. Yim Leej reached his thick clammy palm onto his cheek to dry away the rolling tear. In his heart of hearts, he’s always dreamed of the one he loved and the one who loved him back. There was a missing piece deep in his heart that he has never been able to find. Even when marrying his first wife and then his second, he still didn’t fulfill that need.

“Dad, come eat.” A jolt of surprise ran down his spine at the voice of his daughter. She was only seven but quite the gem of a daughter.

Yim Leej didn’t answer for a while.

“What did you cook?” he asked. It didn’t really matter to him what she and her brother cooked. He did not have much of an appetite. He hasn’t had one in a while. But maybe the small talk would fill the empty space.

It didn’t even register in Yim Leej’s head what his daughter had said. Food was food. The act of putting it inside his mouth would do its job and give him energy.

“Mom is at Hmong Village again,” said his daughter delightfully. Niam Yau was always at Hmong Village on Saturday mornings, because she didn’t like to cook at home. She prefered warm deli foods at the tsavpuam and hated home cooked meals, even if it was prepared for her, which Meng, Yim Leej’s younger son from Niam Loj, following Peng, often cooked for the family, too. Niam Yau was never obligated to. But even so, she was happier at Hmong Village.

“Niam loj na (I mean your first [step] mom),” Yim Leej clarified. He only had Maiv (his first wife) in mind, not his second wife.

Yim Leej didn’t think twice as to why.

Yim Leej’s head turned toward his daughter. His brows creased.

“She’s in the hospital.”

Stay tuned for Chapter 4 in the next issue of the Hmong Times. 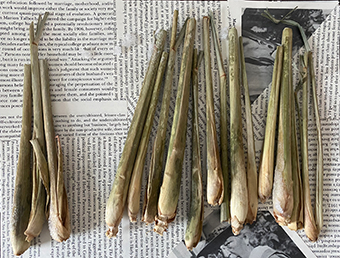 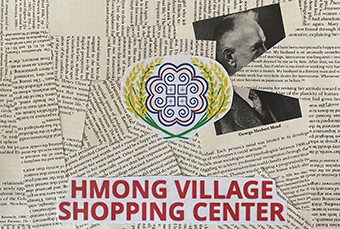