Snowflakes frosted the outside of Niam Yim Leej’s (Mrs. Yeeleng) living room window. The ice-cold windowsill shocked the pads of her thin fingers as she grasped for stability. Her legs were getting weaker, and the winter didn’t do much to help her frailness. Waves of cold air shocked her bare arm as she leaned into window and pressed the side of her face onto the heated interior of the glass. The warmth of her left cheek and the side of her button nose melted splotches onto the surface. She inhaled deeply as if coming out of water. The cold stung her skin, but it was a good feeling. Strange as it was, Niam Yim Leej longed for this exact feeling, this very sensation – stark coldness on her bare, fragile skin – as desperate as the Minnesota winters in need of glimpses of the sun. The bitter coldness was the same feeling she held in her memory during the night of 1985, when she and Cuaj Leeg (Jualeng) parted on the camps of Thailand.

Snow didn’t know to fall on the refugee campground. In her heart of 16 years, she had little clue as to what snow even was. The war had ended for some time now, but some things never changed. That was her poverty. She hadn’t seen a pellet of ice in ages. Back in Laos, during her youth, her father had often saved a coin or two, enough for her sister and her to go buy a bag of juice accompanied by a little sack of ice pellets to mix into the juice. But those were the good days, when her family was still together and her and her sister were still friends.

In her memory, the feel of the scorching Thailand sun on her forearm was as irritable as pulling off wax strips from skin. It was a heat hotter than any sauna she’s experienced here in the U.S., crueler than any beam of light shone onto ants. Niam Yim Leej remembers it so clearly, the heat that radiated onto her black coat, soaked up by her arm and legs. There was sweating. A lot of sweating. For that reason, she was always slim. She had a waist so small, Cuaj Leeg could wrap his arms around her completely and still have a bit of arm left to spare, like the tying of ribbons around a present. But if he were to see her today, he probably couldn’t lock his fingers if wrapping his arms around her thick waist. Though she was a farmer in the Twin Cities, it did nothing to slim her waistline.

If Cuaj Leeg saw her today, at this old age, what would he say to her? They each have lived their own separate lives, she married his younger brother, Yim Leej, and he married her own sister, that she would feel embarrassed to see him even. Cuaj Leeg was a widower now, so she heard, and he was always at the funeral home looking for divorcees to court. Niam Yim Leej herself was also on a similar status. Though not completely divorced from Yim Leej, she and her husband been separated since he’d married his second young wife from Laos about seven years ago. So, in her head, she was a divorcee for about seven years now. If she did meet Cuaj Leeg at Hmong Village or maybe at the funeral home sometime, would he approach her? Would he wrap his arms around her? Cuaj Leeg, oh Cuaj Leeg. He probably wouldn’t dare try his arms around her, she guessed. She of course wouldn’t stop him if ever he tried. But he was probably too polite for that. He was always so polite.

Streaks of tears as pure as the gently flowing river trickled freely down her soft, fragile cheeks. Cuaj Leej was one of those topics that, the elders said, when you think about, you cry without crying. Tears just freely have a mind of their own. At least, that is what thoughts of Cuaj Leej did to her. From then until now.

Her maiden name was Maiv. In the middle of Minnesota winters, she recalled this name. Maiv. That morning was dark and cold. She has never felt a wave of chill quite this terrible in Thailand. Oddly, it was like a foreshadowing of her future marriage, her future life. A life without Cuaj Leej, although she didn’t know it at the time.

A long vehicle, the longest vehicle she’d ever seen in her life, drove into the camp group with the intention to take them to the land of the white people. The bus was an off-white color, inside were long bench seats that sat four to a seat. Their bags had been packed since a week ago. There was not much to carry, for they hadn’t brought much with them from Laos. Their trek into Thailand was one accompanied by danger, so cattle, grain, crops, tools, pots and beloved pieces of clothing, had to be left behind. In all of her three years of living in this encampment, it was finally the day for her and Cuaj Leeg to leave with each of their individual families, though on the same bus, and make way into their new home in the U.S. There they would reunite and marry.

From the distance, she heard the wailing of ambulance sirens echoing down her Brooklyn Park neighborhood street. Her heart sank and a jitter ran through her stomach, breaking her from her reminiscent daydream. The snow was getting harder. The roads glistened with clear ice. Peng, her son, was driving home from college. Though she’d asked him to pick up a lev (Hmong mat) from the market to dry their harvest crops that season, it was probably safest for him to come straight home in this weather.

She took out her phone to text him.

Stay tuned for Chapter 3 in the next issue of the Hmong Times. 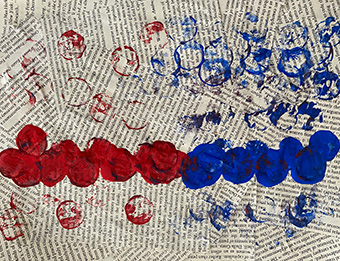 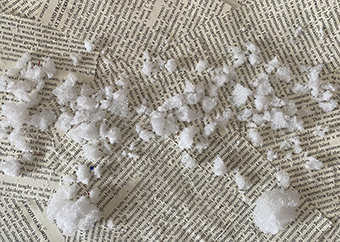