If it was up to Peng, he wouldn’t do it. No. He disliked, terribly. He hated it in fact. The thought of it made him so sick, and he doesn’t say that lightly too. The thought of it literally makes him physically sick; he feels like he’s eaten something bad, like chemicals are brewing in the pit of his stomach, and the only way to expel them is to vomit. Yeah, it’s that kind of sick. Every time he did it, he questioned the purpose of his life. “Is this all that life is?” He introspects. “Why? All of this for what?” But he knew the answer all along. All of this to make Niam (mother) happy.

If only he was brave enough. If only he wasn’t so scared of letting Niam down; he would do what he wanted for once and not care about what came after. He wouldn’t mind a care about who his actions affected. He would be reckless, in fact. He would not come home when he was expected. Instead of coming straight home from class, he would go to a bar with his friends. Or he would tell Niam that he was stuck on campus, studying for a final when actually he was just parked out in a parking lot somewhere playing Tetris on his phone. The thought of that made him chuckle. She would never guess that he’d lied to her. Peng never lied. It was a sin to lie to one’s parents. He’s always known that. But what if. What if he was brave enough, oh the things he’d tell her.

But if he was really brave enough, he’d end it all now. Some days while driving home from campus, he imagined how it’d feel like to drive off of the I94 bridge into the Mississippi River, never to be seen again. Or will he be seen again? He’d never know. In his fantasy, however, the cops would come with one of those forklift things and claw his raggedy car out of the river, like the toy that it was. And his good-for-nothing body would still be glued onto his chair, somehow, because while diving in, he was probably too scared to let go of the steering wheel. He rolled his eyes, now, annoyed at the thought. Idiot.

Peng’s heart lunged and high-fived, or more like low-fived, his crotch as his wheels took a voluntary turn under his bilateral grasp as though it was on autopilot. Darn black ice! Ironic that the thought of his demise would actually give rise to his crap-of-a-car slipping like this. A high screech escaped him before he noticed he was capable of the sound. He rebuked himself. “What a girl,” he thought. “Man-up, dammit! WTH.” His hands gripped the wheel harder now actually ridden with fear that his car would really skid off the I94 bridge. Dang, he’d hate to crunch his car into that frozen river. To hell! If there was any way to go, it was definitely not in an icy body of water. Hell, he’d rather go in fire if given the choice between the two. It was a quicker death.

His spirit startled again as two cars honked at him loudly in unison, one to his right and another behind him.

The car behind him zoomed to his side and zipped forward, cutting Peng off.

“Diarrhea-stricken bastard! I hope you shit your pants!” Peng yelled. It was odd. Minnesotans didn’t usually honk this way, especially not in the middle of winter. Must be those dang visitors from Wisconsin or Illinois. Seriously. What kind of life is this? He wanted to bang his head.

He hated this life. He hated Minnesota and the stupid winters. He hated stupid drivers that thought they owned the road. He hated his major. Biology. Seriously? Who was he kidding? He hated the stupid I94 bridge and how narrow it was. He hated the fact that his car was such a piece of shit. He hated black ice. The eff! He hated answering to Niam, not because he didn’t want to but because… Ugh, WTH. To hell with his life.

Ding-Dong. His phone chimed to an incoming text.

Peng picked up his phone, even though it was now illegal in Minnesota to drive with phones in hand. WTH.

Niam: Los txog twg lawm os? (Where are you?)

Puas tau daim lev, na? (Did you manage to get the mat?)

“Crap!” Peng bit his bottom lip. How the heck does he turn around now? It was snowing badly and he was nearly halfway home from school. To get to Hmong Village from here would be a trek. Anyway, when did it become his job to remember everything? He needed to get the mat for the crops. He needed to pick the seeds from the fields and dry them. He needed to haul crops to the farmer’s market, and on top of that, he needed to do good in school. Seriously! Goddamn! If he turned around now, it’d be another two hours tacked on to his commute. She’s going to have to do without it. After a few seconds of calming his nerves, Peng responded:

What kind of life is this? Why was he stuck doing this kind of work, drying seeds and baby potatoes on his basement floor in preparation for next season’s planting. He didn’t mind helping Niam. Of course, not. But there was something he felt, and it wasn’t a good feeling. Like, he just wished things were different. He wished he didn’t have to live this way. Live this life. But even this very thought was a sin.

He wished he’d never been born. That seems like the only way out of this misery. He sighed. His heart felt heavy and his lips began to tremble. A warm trickle slid down from the corner of his eye and down to his chin.

He wiped his cheek dry.

On second thought, black ice. Might that do the trick?

Stay tuned for Chapter 2 in the next issue of the Hmong Times. 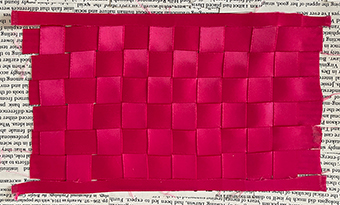 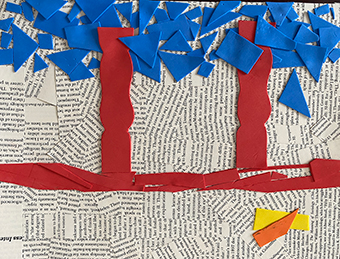