For reasons that are not entirely clear, a record number of bison calves have been born at Minneopa State Park, located near Mankato, Minnesota.

And the moms are not finished yet: the calf number is expected to increase throughout June as the last of the females give birth. Sixteen new calves have been born at Minneopa, with another one due soon, said Ashley Steevens, park supervisor. Last year at this time the herd had increased by only 12 calves.

The increase could be due to the addition of twins, or the pregnancy of a very young female known as a yearling, Steevens said. The bison herd at Minneopa now numbers 47. Typically, females come into heat at the age of two and can have 10 or more calves throughout their lifetime. A pregnant cow will walk a distance from the herd to give birth to the calf that weighs from 30 to 70 pounds and stays with the calf for a few days before returning to the herd, Steevens said.

Bison also roam at Blue Mounds State Park in southeastern Minnesota, where 25 new calves were born this spring, said Tom Sawtelle, assistant park supervisor. Those additions bring the total number of bison to 92. Sawtelle added that the number of calves could be higher since a few may be hidden by tall grass when they were counted or were blocked from view by the adult bison. It is expected that five more calves will be born through June, which is about the same number of calves born in 2021.

Female bison are very protective, Steevens said, so park visitors on the bison drive are warned to be especially vigilant about staying at least 75 feet from the animals. Sometimes the wiry, small calves will squeeze through the park fence, which tempts visitors to walk over and pet the animal, she said. Park staff emphasize that these are unpredictable wild animals who will protect their young.

“We are excited to welcome the baby bison this spring, along with the visitors who arrive to appreciate their beauty,” she said. “There is beauty in a bison. From a distance they look big and dumb and slow, but the reality is, bison are very intelligent and very fast.” She added that bison can run up to 35 miles per hour and if threatened, they could become aggressive quickly.

Bison at Minneopa and Blue Mounds State Parks are part of the Minnesota Bison Conservation Herd, which means that genetically, they are very similar to the bison that roamed the Minnesota prairies freely 200 years ago. The Minnesota Zoo also has members of the conservation herd; zoo staff oversee the genetic component of the animals. The entire population of bison was nearly shot to extinction in the 1800s, and today’s bison are descendants of the 100 or so that remained after the slaughters.

Visitors are welcome to Minneopa and Blue Mounds State Parks for a view of the bison. The animals often shy away from the public, so there is no guarantee of seeing one. Those using binoculars from the observation deck at the Blue Mounds State Park are likely to see the herd. More information is available on each park’s webpage.

Before leaving home for any state park, go online to check announcements from the visitor alert section. Additionally, you will need a day pass to enter a state park. You can purchase the $7 pass online or get one at the park visitor office during business hours. An annual permit to all state parks is $35.

The wild bison herd at one of Minnesota’s most popular state parks is booming this spring. The herd at Minneopa State Park near Mankato includes what park officials believe are 16 new calves, the most the program has recorded since the animals were reintroduced to the area in 2015. It’s possible there are only 14 calves, but it’s hard to count because “the problem with calves is they never want to lie or stand in one area,” said Scott Kudelka, the Minneopa area park naturalist for the Department of Natural Resources. Either way, it’s more than the 13 who were born in each of the past two years, he said. He said the animals are pretty independent, and don’t require much management.

“Within a minute it usually stands, within five minutes it can start to run. It looks awkward but they’re pretty efficient on getting moving right away,” Kudelka said.

A partnership between the Minnesota Zoo and the state’s Department of Natural Resources was started in 2012 with an aim to breed and maintain a herd of 500 of the genetically rare bison that have not been significantly cross bred with cattle.

The state has also been keeping a bison herd at Blue Mounds State Park in southwestern Minnesota since 1961.

“We want to be part of this effort to keep bison as wild as possible,” Kudelka said. With the new calves, the herd is now at 47. 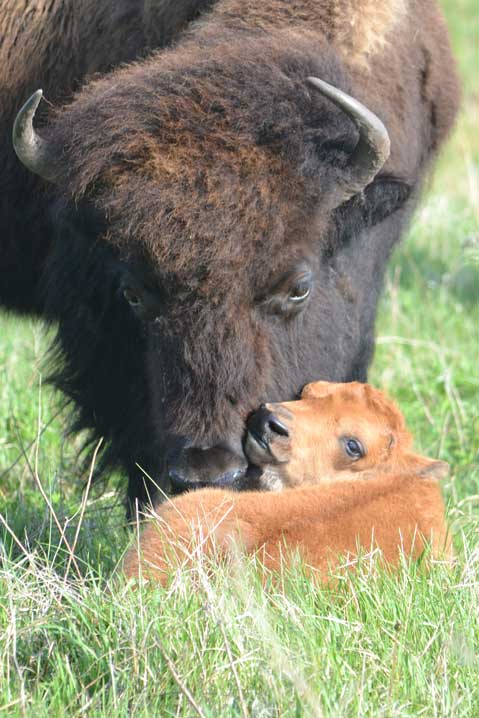 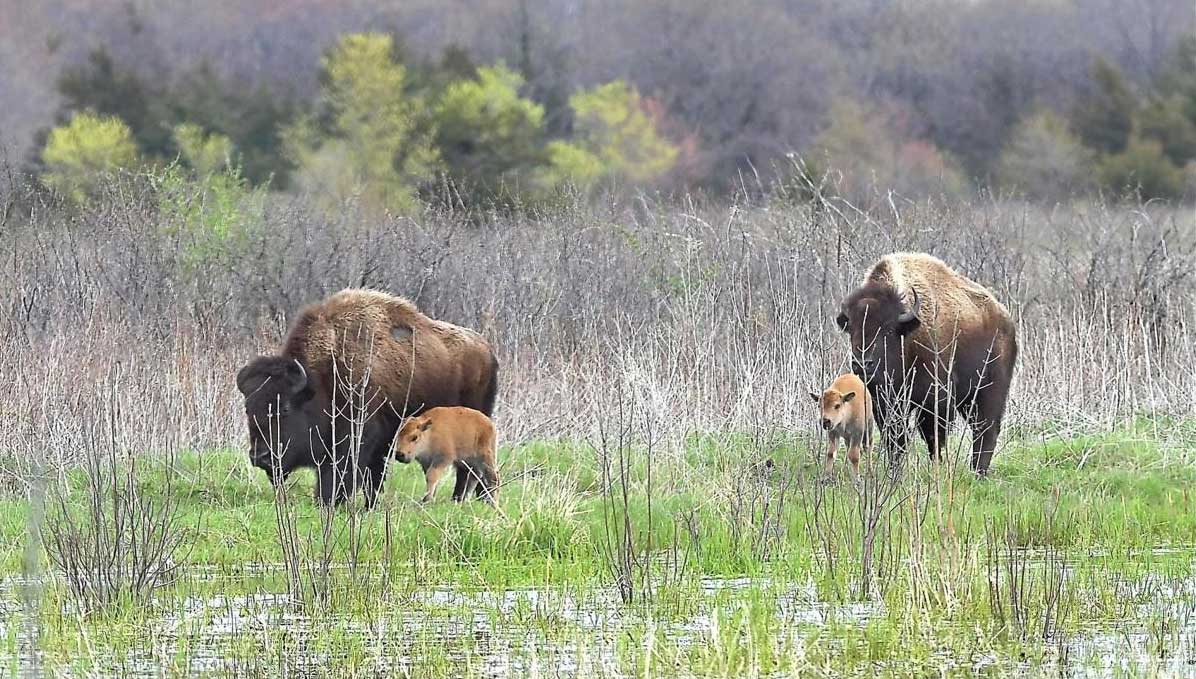