“Mr. Thao is accused of assisting a single elderly woman from the Hmong community overcome a language barrier to exercise her constitutional right to vote. The conduct of which Mr. Thao now stands accused is perfectly legal for virtually everyone in Minnesota. There is no allegation that Mr. Thao did anything intentionally wrong, or that he did anything wrong other than help one elderly woman overcome disabilities so that she could vote. The whole episode is extremely unfortunate. The State’s manual that is provided to candidates makes no mention of the statutes at issue, and instead indicates that individuals are allowed in polling stations to assist those with language barriers and physical disabilities. That is exactly what Mr. Thao is accused of doing. And, the suggestion that he did anything under a different name is incorrect. He even identified himself to an election judge at the polling station.”

Mr. Thao adds, “I’m an Eagle Scout and community organizer. My whole life has been about helping people, and my adult life has been about breaking down the barriers that keep people from making government respond to their needs by casting their votes. Thousands of people in each election cycle volunteer to drive people to the polls and help them vote. When I was a community organizer, I was one of them. When Ms. Yang told me she wanted to vote, but had no one to take her, I drove her to the polls. When we got there and she asked for my help because no one else spoke Hmong and she couldn’t see well or hold a pen, I couldn’t say no. I am fully cooperating with investigators. I do not deny helping my disabled neighbor, and I believe the charges are really unfair under the circumstances.

The desire to help and take down barriers are also what community members say about Mr. Thao. Caty Royce, Executive Director of Frogtown Neighborhood Association, states, “As Council member, Dai Thao fights hard to remove barriers for people and small businesses in our neighborhood everyday. He’s a responsive and hard working council person who knows those barriers intimately.”

As a long time community organizer and mentor to Council member Thao, Pamela Twiss, Director of Training at People’s Action, states, “I have known Dai Thao for a decade – from when he first started organizing during the 2008 presidential election. Dai was always clear on the injustices that prevented people from fully participating in our democracy. I witnessed during that election how challenging it was for Hmong seniors who were excited to vote, but faced extreme barriers at the polls. These are people who want to fully participate in our democracy but there aren’t any interpreters, and elders rely on community members for help. I know Dai would always try to do the right thing and try to take down any barriers for marginalized communities.” 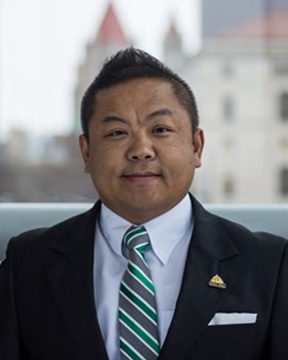