From the desk of Susan Hammond, Executive Director, and Founder of War Legacies Project

While investigating the impacts of Agent Orange in the A Loui Valley in Vietnam back in the early 2000s, I would always look across the valley towards Laos and wonder what the impacts of Agent Orange were on the other side of the border. Children were being born in Vietnam decades after the war with birth defects that are believed to be associated with their parents or even grandparent’s exposure to Agent Orange. Was this the case in Salavan, Xekong and the other provinces across the mountains in Laos?

There had been a few earlier attempts to answer this question including by Roger Rumpf, the husband of WLP’s board president and Senior Lao advisor, Jacqui Chagnon. Roger worked tirelessly to research the use of Agent Orange in Laos before he sadly passed away in 2013. Hatfield Consultants, the Canadian environmental firm that had investigated the impacts of Agent Orange in Vietnam, also conducted several studies and found evidence of TCDD dioxin contamination believed to be linked to Agent Orange at a former U.S. air strip in Dak Chueng District in Xekong Province.

In 2014, with funding from a Swiss-based foundation and the U.S.-based Chino Cienga Foundation, WLP was able to finally take up where Roger and Hatfield left off. Jacqui, eager to continue Roger’s work, was able to volunteer her services to the project. She also recruited her good friend and neighbor Niphapone Sengthong who had recently retired from working for the Lao Ministry of Education. Our work in Laos would not be possible without both of these women giving their time and expertise for little or no compensation.

I honestly was hoping that we would find very few incidences of birth defects. Being born with a birth defect that causes disability can be difficult in any environment, but it is even more challenging in the remote mountain villages of Laos. With little access to medical care a birth defect such as cleft palate becomes life threatening if a baby is unable to suckle. Being unable to walk due to severe club foot, means a child is not able to attend school or help the family out in the fields resulting in very limited life choices.

From the U.S. Government spray records, we knew that over 600,000 gallons of herbicides were sprayed on about 500 villages in the 15 districts along the Ho Chi Minh Trail. Parts of central and northern Lao were also sprayed. Some villages were even more intensely sprayed over a short period of time than villages in Vietnam. For ten years during the war villagers had to flee to the hilltops and live in caves or the holes they dug into the earth. They survived on what they could hunt and gather in the forests as farming was too dangerous due to the heavy bombing. Their few crops were often destroyed by the herbicides.

We focused on 126 of the most heavily sprayed villages in the districts of Villabouly, Sepone and Nong in Savannakhet Province and Ta-Oey and Samoi districts in Salavan Province. Traveling to these villages along the Ho Chi Minh trail was still very difficult and only possible during the dry season. Some villages were inaccessible by four-wheel drive.

However, we were limited to the structural conditions that were easily visible as we were not medical doctors and could not always have a local health worker from the district hospital with us.

Seng lives with her grandmother in Samoi, her mother left her as an infant to work in Salavan. Seng has physical disabilities and suffers from epilepsy. WLP supports her medications each month to control her seizures.

We found over 500 people under the age of 55 with birth defects that are believed to be associated with Agent Orange. This is an average of four per village in villages that averaged around 250 residents, and above what would be expected in the population that size. Nearly two-thirds were under the age of twenty. If they had been born just a few miles away in Vietnam they would have been classified by the Vietnamese government as a Victim of Agent Orange and eligible for disability benefits. They may have also benefited from one of the USAID funded programs in Vietnam focused on people with disabilities in the sprayed regions.  But being born in a remote village in southern Lao they had very little access to care.

The birth defects we found included cleft lip and cleft palate, club foot, severe joint deformities, missing limbs, hip dysplasia, hydrocephaly, and microcephaly, among others. Before COVID stalled the project, we were able to send 125 of those we identified to the provincial or Vientiane hospitals to receive an examination, medical care or rehabilitation. Sadly, 9 of the children and young adults died before we could coordinate their care or due to the severity of their condition.

This 13 year old girl has been called Heuy most of her life which means “Cleft Lip.” After a simple surgery she is now known by her given name ‘Nhon.’

Getting a child from their rural village to either the provincial or national hospital is extremely challenging, and it could not have been done without Niphapone and her work with the district and village level leaders. Niphapone worked tirelessly to coordinate medical procedures with Lao and foreign medical specialists and arrange travel around the planting and harvest season. She had to explain clearly to the parents, many of whom did not speak or read Lao, what was needed to address their child’s condition and help them through the difficult decision to go ahead with medical intervention. She had to guide the parents who came to Vientiane with their children and arrange for housing, meals, transportation to the hospital, liaison with the medical doctors, and handle all the finances.

We quickly learned the need to respect the cultural traditions of the ethnic minority people we were assisting to ensure that they could consult with shamans or hold ceremonies to honor the village spirits prior to any significant medical procedure. Understandably, there was a great deal of fear of the unknown and we were grateful to those who agreed to proceed. As their child’s birth defect was addressed and they safely returned home others became more willing to participate. In addition to medical care, the project also arranged for vocational training for 12 youths with disabilities.

Thanks in great part to the attention to this issue raised by George Black’s wonderful article about our work in the NY Times Magazine and the commitment of Senator Leahy and Tim Rieser to addressing war legacies the U.S. Congress recently acted to provide help. Congress allocated $1.5 million for “health and disability programs to assist persons with severe physical mobility, cognitive, or developmental disabilities that may be related to the use of Agent Orange and exposure to Dioxin.” This is a great first step to enable the U.S. and Lao governments to begin to address this legacy of the war.

When we met Ban in 2014, he was unable to walk due to double club foot. After surgery in 2017 he was able to go to school and run and play with friends.

The next phase of WLP’s work is to finish surveying all the villages in Nong and Ta-Oey districts and continue to coordinate care to as many of those previously identified who would benefit from medical care. We are also working to encourage other organizations to develop programs in the region for people impacted by Agent Orange that our small organization is unable to address. For instance, there are more than 100 people with hip dysplasia that are unable to climb the hillsides to farm or walk long distances to secondary school. They will need to have an alternative livelihood that they can pursue in their villages to accommodate their disability.

Secondly, we need to further look into whether or not there are dioxin hotspots in Laos. The U.S. funding opened the door to examining this issue by stating, “Funds may be used for assessments to determine the existence of dioxin contamination resulting from the use of Agent Orange in Laos.” However, funding for the environmental impacts has not yet been allocated. We suspect from Hatfield’s earlier findings that there may be dioxin contamination at some of the other U.S. bases of operation in Laos, in particular Long Tieng in central Laos. Not only was the ridgeline above Long Tieng heavily sprayed but some Air American pilots remember seeing barrels of herbicides stored on the base. Even more worrisome is that young Hmong boys reportedly dipped buckets into the barrels to control growth around the base. We do not believe we will find large areas of contamination as has been found in Vietnam but there may be some the size of the hotspot in A Luoi, that required a whole village to relocate several miles away from the dioxin contaminated base.

Just as Vietnam has been able to identify and mitigate the areas of dioxin contamination from Agent Orange in their country with US government support, we believe the Lao have the same right. Due to the small population in Laos that were exposed to Agent Orange, we believe that with the right resources it will only take a matter of years to assist all of those in need as well as to examine and mitigate any potential dioxin hotspots. I believe Roger would be proud of what WLP has been able to accomplish so far, but he would also be telling us to keep up our work until the task is complete. 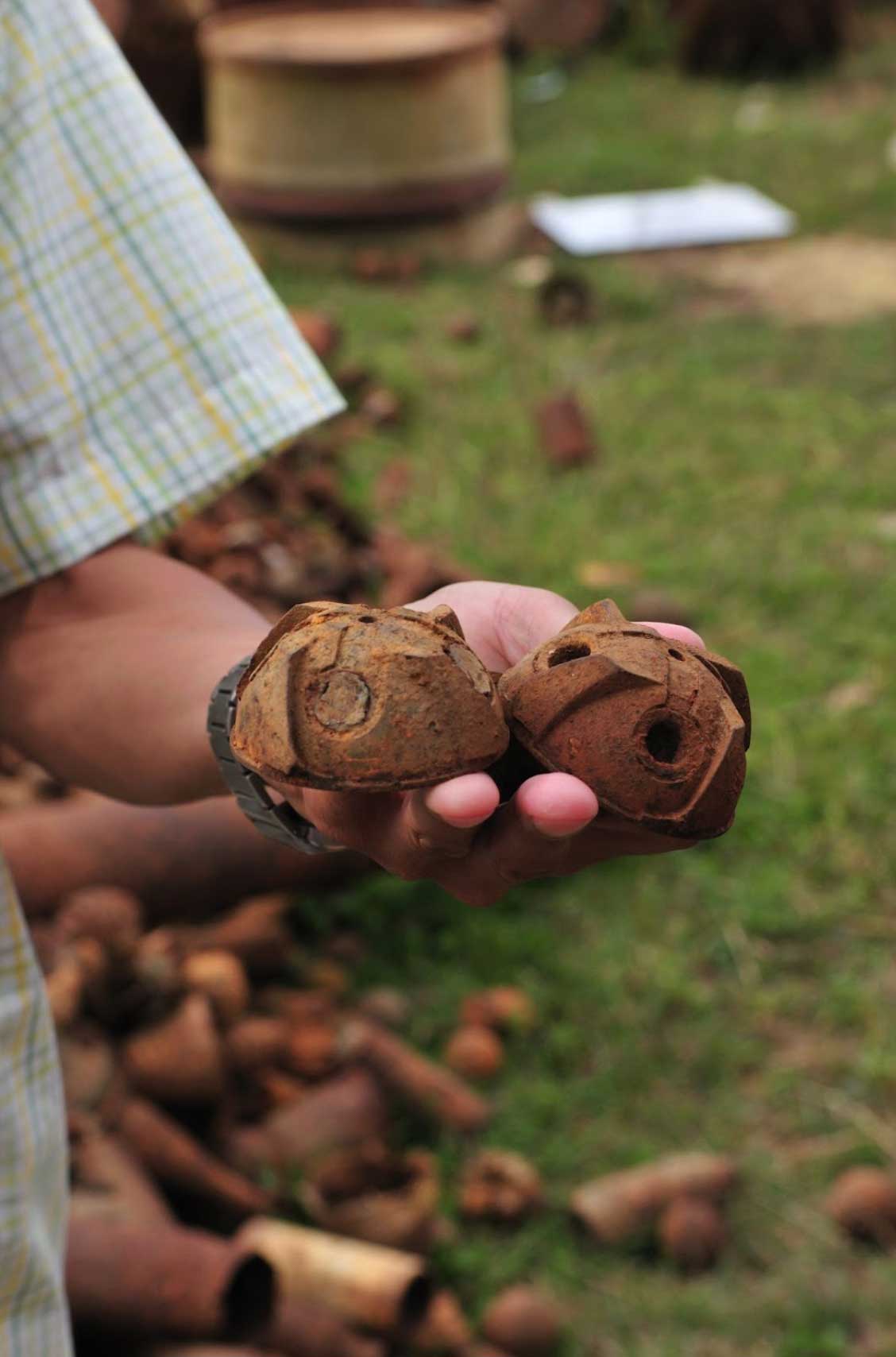 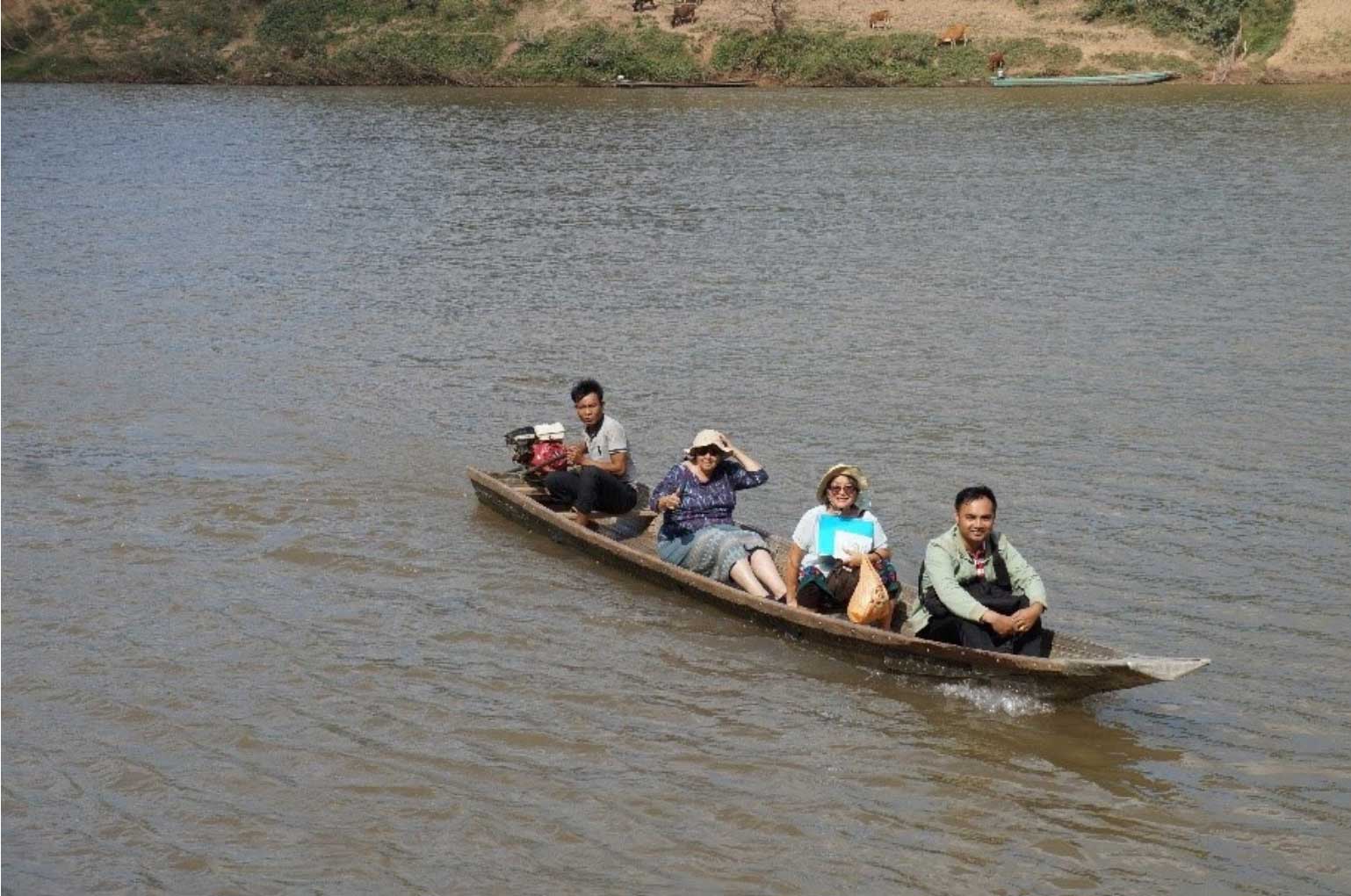 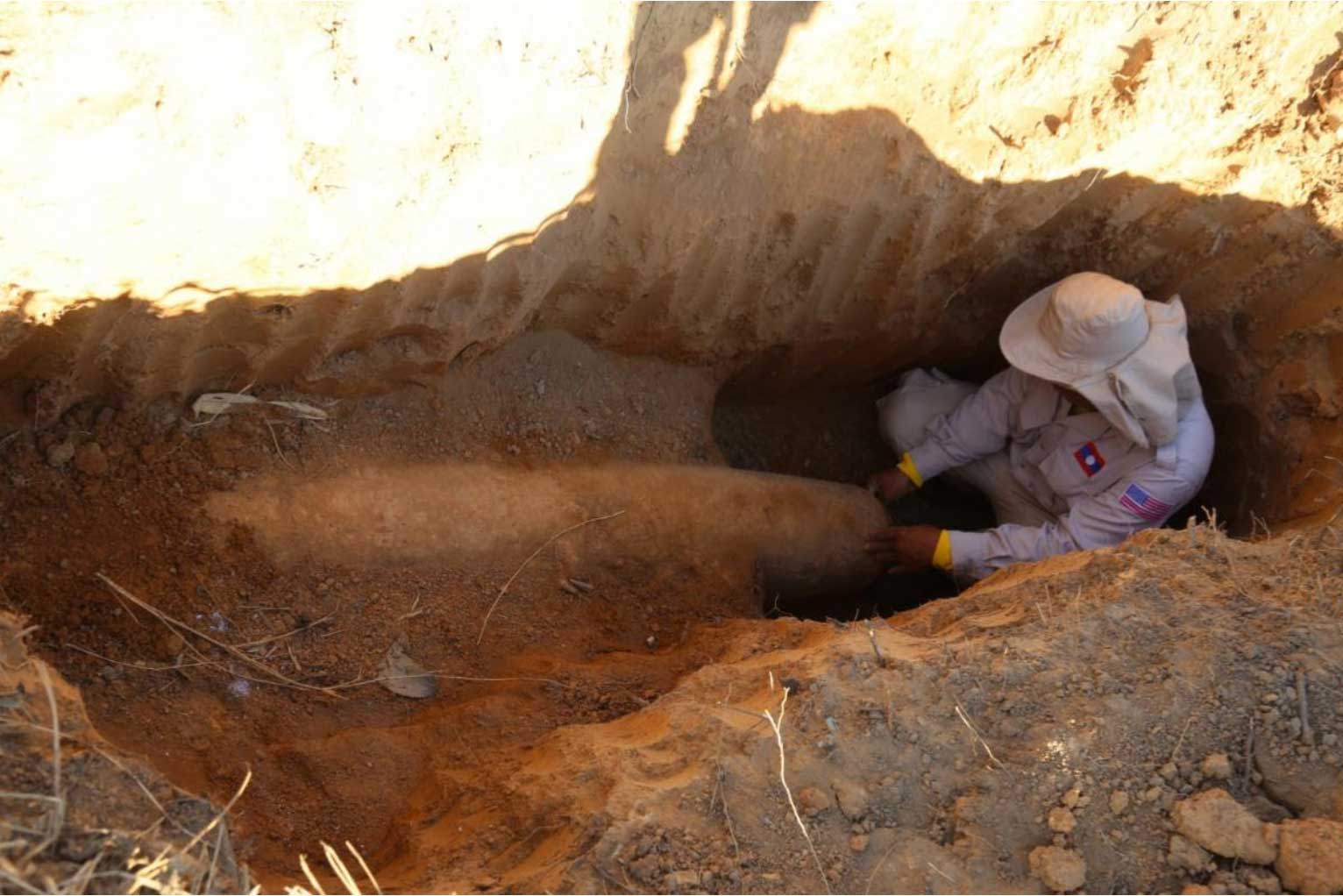