A Treasure On The St. Croix – William O’Brien State Park

You may have seen stories in this paper from Minnesota Parks and Trails about the benefits of walking.

But walk where? Consider William O’Brien State Park, which is about an hour north of the Twin Cities and features miles of walking trails along the banks of the St. Croix River.

“We’re in a unique spot on the St. Croix River,” said Park Manager Wayne Boerner, adding that an afternoon walk gives park visitors a chance to de-stress, to get out of the “cement jungle” of an urban area, and relax in a new setting.

The 2.5-mile Riverside Trail is accessible and follows the river and Lake Alice. Rest areas are plentiful, and so is wildlife, which includes deer, fox, raccoon, mink, beavers and woodchucks. Birdwatchers often see hawks and falcon as well as woodpeckers, bluebirds, orioles, herons, cranes and more.

When snow settles in, snowshoeing becomes popular on the Riverside Trail. Also, the park features 12 miles of groomed classic cross-country ski trails and cross-country skate ski trails. Also, canoeing, fishing and swimming are popular with park visitors. During the summer months, group camps along the river provide enough room for 35 to 50 people, so if your family is large, there’s room for them.

If you like a variety of terrain, William O’Brien State Park is your place. Wooded hills, the winding river and prairie land each provide something new to look at. The mostly hardwood and prairie park contains 2,200 acres. Throughout the year, you can make a reservation to use one of three camper cabins. The one-room cabins have heat, electricity and a table, benches and wood bunk beds with mattresses, just bring a sleeping bag or blankets. Bathrooms are located within walking distance.

The land that comprises William O’Brien State Park was once home to the Dakota and Ojibwe. It became criss-crossed in the 1600s by European trappers who trapped beaver during the lucrative fur-trade era. The fur-traders were followed by lumber barons whose companies chopped down the state’s virgin white pine. In 1947 the daughter of lumber baron William O’Brien, Alice O’Brien, donated the park’s first 180 acres as a state park in memory of her father. As the years passed, the park acreage grew through an additional contribution from Alice O’Brien, and from David Greenberg, who donated a 66-acre island. Due to its popularity, especially with the nearby urban population, the park continued to grow.

No matter what activity you choose, the health benefits of going outdoors are many. According to the Arthritis Foundation, a simple walk in the woods does these: improves circulation, strengthens bones and muscles, supports joints, slows mental decline, lightens mood, and lowers the risk of Alzheimer’s.

In short, walking leads to a better and longer life. Research at the University of Michigan shows that if you exercise regularly in your 50s and 60s, you are 35 percent less likely to die over the next eight years than those who do not walk for exercise. (For a benefit summary, see the Arthritis Foundation website at www.arthritis.org/living-with-arthritis)

See the park now as it transitions to winter. Enjoy the marshes, oak savanna, prairie and meadows. Return in spring for wildflowers as far as the eye can see. Rent a canoe for one of the more scenic river journeys in the U.S.

One park visitor remarked that her family’s visit to William O’Brien State Park felt like they were 1,500 miles from home, although they lived but an hour away.

For more information, see mndnr.gov/obrien. For a listing of state park activities, go to mndnr.gov/ptcalendar. There is a $7 daily vehicle fee for all state parks; an annual pass is $35. 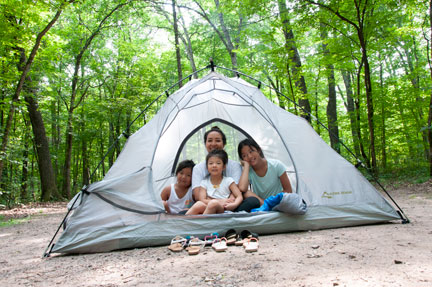 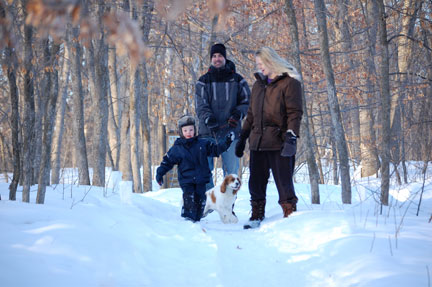