A Superman In His Own Way: Ryan Aaron Lee The 7th Hmong Trooper For The Minnesota State Patrol

“Growing up, my favorite superhero was Superman,” shares 26-year-old Ryan Aaron Lee of St. Paul. A then follower of superhero stories, Ryan, a third-generation Hmong American and the youngest of five children, asserts his always fascination of superheroes because they used their powers to do good for the world.

It wouldn’t be shocking then to know that Ryan eventually pursued a career in law enforcement and just this year, 2021, marked history as the 7th Hmong Trooper working for the Minnesota State Patrol. This is an accomplishment that is rare and highly commendable to the Hmong community and to all Hmong people around the world. For any traditional Hmong son, family duty takes precedence over individual need and the self. So why then did the single, 26-year-old tub ntxawg of this Lee clan choose such a high-risk career?

According to Ryan, his childhood was far from the widely understood traditional Hmong American experience. On the contrary, it was rather eclectic. In his words, “My childhood was great; I grew up around a ton of animals… talking parrots, puppies, lizards, turtles, stingrays, and etcetera.” That helped diversify his palate and fed and grew his curiosity as a child. Yet, at the heart of what makes Ryan so different is attributed to his parents. “My father is a shaman, and my mother is Catholic. They both supported, and continue to support, one another and I support them too. I go to both shaman rituals and church. I feel like growing up with parents of dissimilar beliefs allowed me to see the world openly, and it taught me to accept every religion and race.”

Open exposure to new experiences seems to be the recipe to his bravery. However according to this new state patrol training, he had few if any exposure to cops as a young. Ryan reports always feeling “nervous” around authority figures as a child. It wasn’t until his mother enrolled him into a program called Police Explorers during his high school days at Twin Cities Academy during fall of 2013 until that feeling subsided.

“I was intrigued when I saw up close the officer’s duty belt, which carried their firearm, handcuffs, and other things… I’ve never seen anything like that. If you think about it, when an officer walks past you, you’ll look at their belt because it draws attention. As a kid, it was my ‘Batman belt.’”

This was an experience that discernibly shifted Ryan’s frame of focus; given that his main former aspiration was to someday own a fashion clothes business for men. “I liked to dress up and I still do. I have many styles; one being the traditional suit and tie and another being preppy, street style.” The new trooper is not shy of self-expression as he admits, “But mainly, I’m a pocket square, bowtie kinda guy.”

And the Hmong Times would come to learn that Ryan was headed down the right path by gaining well-roundedness, as the Minnesota State Patrol Academy, in Camp Ripley, that he attended and graduated from was an all intensive immersive and hands-on training for those dedicated to serve. For those who are curious, Ryan explains the hierarchy of the jobs in his line of work, in decreasing order to be:

Colonel, Assistant Chief, Major, Captain, Lieutenant, Sergeant, and Trooper. And undoubtedly, the road to become a Trooper is nothing short of difficult.

“We have staff officers that oversee instilling discipline in us. They would yell at us and scream in our faces; the whole purpose of which was to prepare us for riots and protests and to show us that no matter how aggressive an individual, you have to treat them with respect.”

Respect, a crucial part of equality, but showing it to all persons is no simple task. In the academy, Ryan adds, respecting authority requires a command of one’s emotions. “Everyday in the academy, when I was yelled at or screamed at in my face, I wanted to talk back. But I just learned to breathe and that helped me keep my resolve.” Emotional discipline and intelligence are great assets in the life of a training trooper for a lack of it, Ryan adds, “Outbursts or talking back would most likely lead to us being kicked out of the academy.” With the discipline and character that Ryan brought into the Academy, it’s unsurprising that such was not his outcome.

Engrossed in his work at present, Ryan also, as reported by Mrs. May Thao, Ryan’s mother, finds fulfillment singing for their church. “He is a good boy and has never gotten into any trouble at all!” she adds for good measure. And to that, Ryan affirms the former, saying that he plays the guitar, piano, and he sings. But regarding the latter, Ryan nonchalantly admits he isn’t so sure.

All jokes aside, Ryan has flourished as a state trooper, changing the world by making the Minnesota’s highways a safer place to drive. Ryan aspires to become a supervisor in his rank and impart knowledge to new troopers. But his dreams do not stop there, especially in this day and age. To Ryan, what he really wants to do is to be a role model for kids and show them that not all police officers are bad guys.

Put simply, Ryan wants to use his powers to do good onto the world. The purity and principle in Ryan’s tone is undeniable. And just like that, without even realizing it, Ryan Aaron Lee has become Superman, in his own way, his own style, within the world that he knows. 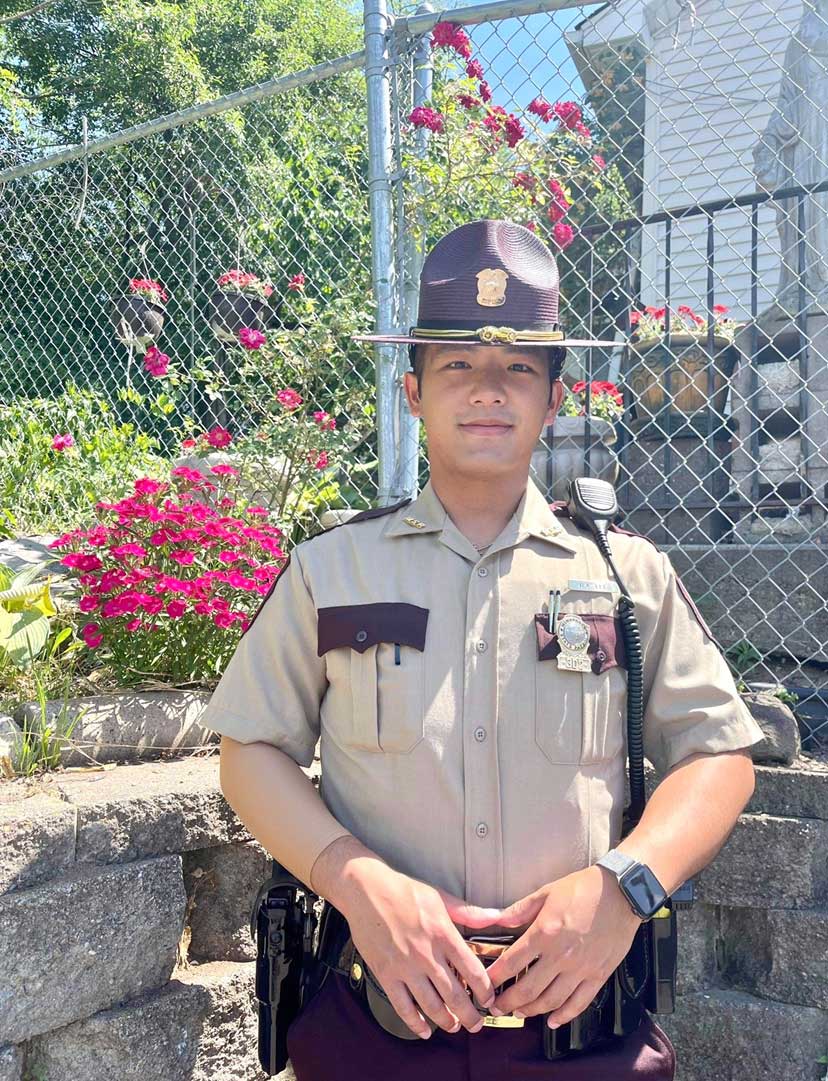 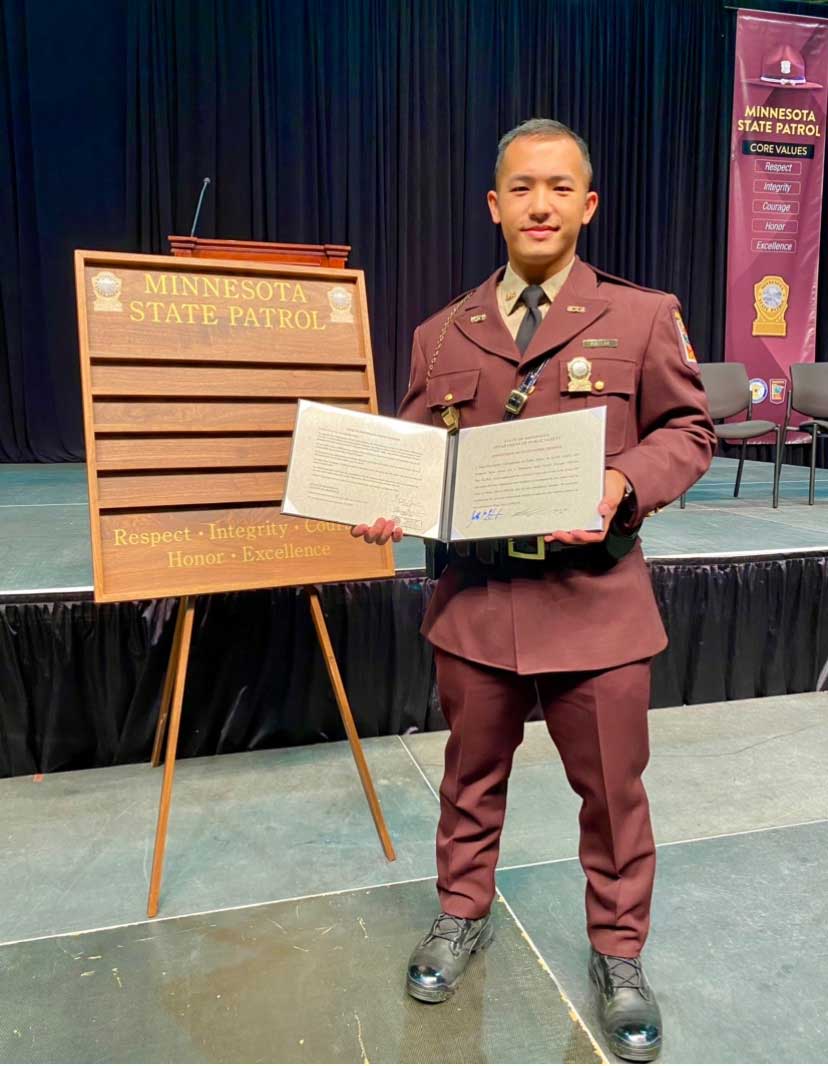