A Journey To Find Answers And Healing

From the desk of Heather Atherton, Legacies of War Board Member and Contributor

The Secret War in Laos is a stain on our nation’s history. So many decisions made by U.S. leadership sacrificed innocent lives on the ground in Laos, but also those who served their country. In January 2023 we will recognize the 50th anniversary of the Paris Peace Accords. A few weeks later we will mark 50 years since Operation Homecoming brought home American POWs and the Laotian Peace Agreement with the U.S. But those few weeks in between saw some of the most intense final negotiations over prisoners of war, particularly about those who were captured on Laotian soil. Despite the last-minute haggling, very few of the suspected crewmembers missing in Laos were accounted for in Operation Homecoming. Many questions remain today about the fate of U.S. servicemen downed in Laos. One event stands out: “The Baron 52 Incident.” It was the only American aircraft lost during this critical period.

I am the daughter of pilot, 2nd Lt. Michael Robert Moore. He served in the 362nd Tactical Electronic Warfare Squadron based in Ubon, Thailand and flew regular missions over Laos to monitor North Vietnamese movement along the Ho Chi Minh Trail. His pilot squadron flew EC-47s for the intelligence team from Detachment 3 of the 6994th Security Squadron out of Nakhom Phanom, or the “backenders,” who managed collecting, processing, and later analyzing data from their unarmed overnight flights to help bombers locate and destroy designated enemy targets. Lt. Moore was fortunate to be away on emergency leave the night of February 5, 1973, when the Baron 52 was shot down near Savannakhet Province.

The unfortunate timing of this ill-fated flight resulted in one very abbreviated search-and-rescue mission to the crash site and a swift shutdown of the investigation within just a few days. The U.S. government maintained that the crewmembers could not have had time to bail out and that the crew died on impact. This conflicted with the emotions and opinions of many of the squadron members on the ground who had seen the crash photos and didn’t feel the USAF assessment of the crash sequence synched with what they saw. They were openly discouraged to object as the timing was delicate – Operation Homecoming was set to begin on February 13 and just a few days later, Laos joined the Peace Accords – thus making any military movement in Laos illegal and essentially halting further ground searches. Had this incident been fully exposed at the time it would have ruined Nixon and Kissinger’s plan to end the war, which also provided cover for the ever-deepening Watergate inquiry. Kissinger would have had to explain a loss that had violated the Paris Agreement just a week after its signing.

The incident haunted my father for decades. He struggled with survivor’s guilt and unanswered questions about his missing crew. In the early 1990s, Senate Select Committee investigations into the handing of POW/MIA affairs since the Vietnam War resulted in another examination of the Baron 52 crash, including a site investigation of a limited area of the crash site, but not all of it. Enough was investigated to support the original crash sequence narrative developed by the U.S. Air Force in 1973. Very limited bits of bone fragments and a couple of dog tags matching the missing men were discovered at the site and were immediately deemed to represent all of the missing. But the “remains” were never DNA tested by DPAA, thus they were never proven to be human bone fragments, let alone those from Baron 52. Senator Bob Smith, along with many of the families of the missing, including John Matejov, brother of one of the missing backenders, Joe Matejov, disagreed with the government accounting office (DPAA) and the Secretary of the Air Force when they decided to bury the unconfirmed remains found in the site investigation in a “co-mingled remains” grave at Arlington National Cemetery in 1996. As a result, the entire crew was confirmed dead and their case with DPAA was officially closed.

In 2016, the Matejov family presented years of evidence to poke holes in the site investigation findings and the 43-year-old narrative of the crash sequence that the government had determined would prevent anyone from surviving, let alone bailing out. They were requesting a change in SGT Joe Matejov’s status as a result – from KIA to MIA. Senior representatives from USAF, DPAA, DIA, DOJ, and DOD as well as staff members from Joe’s brother, John Matejov’s three congressional representative offices attended the presentation by the family and their pro-bono lawyers. Dr. Roger Shields, who managed Operation Homecoming for Nixon, and plane crash investigation expert Ret. Colonel Ralph Wetterhahn also participated. The team of government representatives promised to reevaluate the findings to consider whether Joe Matejov’s status deserved to be changed in light of those unresolved questions. For six months afterward, the family was led to believe the agencies were re-evaluating the evidence, but no report was ever shared. Despite numerous FOIAs to request it since, no new evaluation has ever been provided or confirmed to exist. Only the Air Force’s final resolution was rendered to the Matejov Family.

John Matejov and I joined forces in 2020 to continue to press for answers and bring attention to this incident and the many unanswered questions it raised. Along with a team of experts, we are working hard to raise the profile of this story again, with the hopes that shining a light on this unsolved historical incident will help raise awareness of so many unresolved MIA cases from this war and subsequent wars. The business of investigating our military’s missing has always been one-sided, and not in favor of the families. These decisions not only impact the immediate families and friends of the missing; they had a devastating impact on their colleagues, who bore the brunt of survivor’s guilt for decades.

We hope that bringing attention to this story and its political significance 50 years later will keep the memory of the missing alive and provide some solace to all of those who suffered because of this loss. We must endeavor to learn from these hidden pieces of our history, especially from this incident in Laos that had the potential to directly alter the course of U.S. involvement in Southeast Asia. 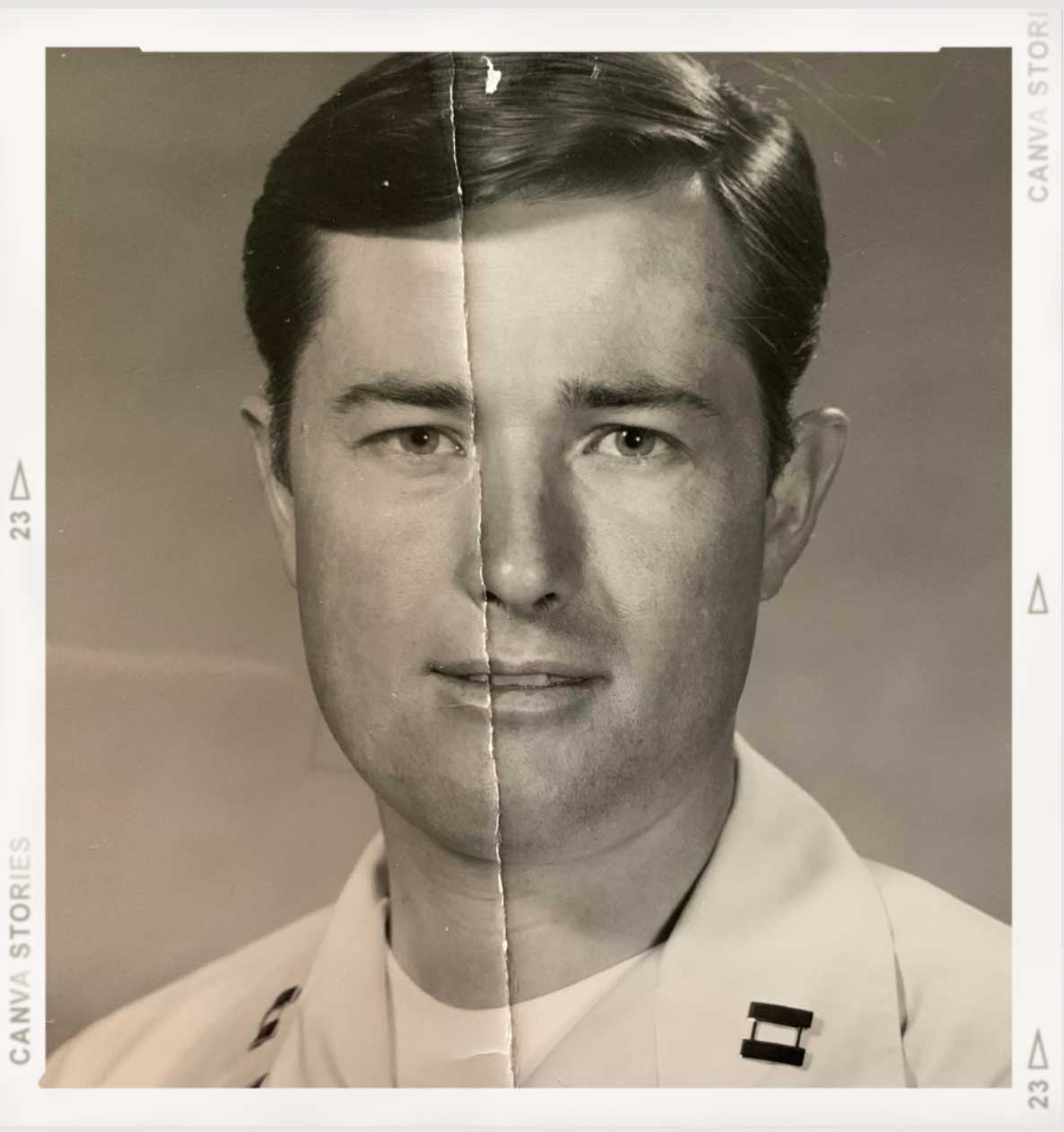 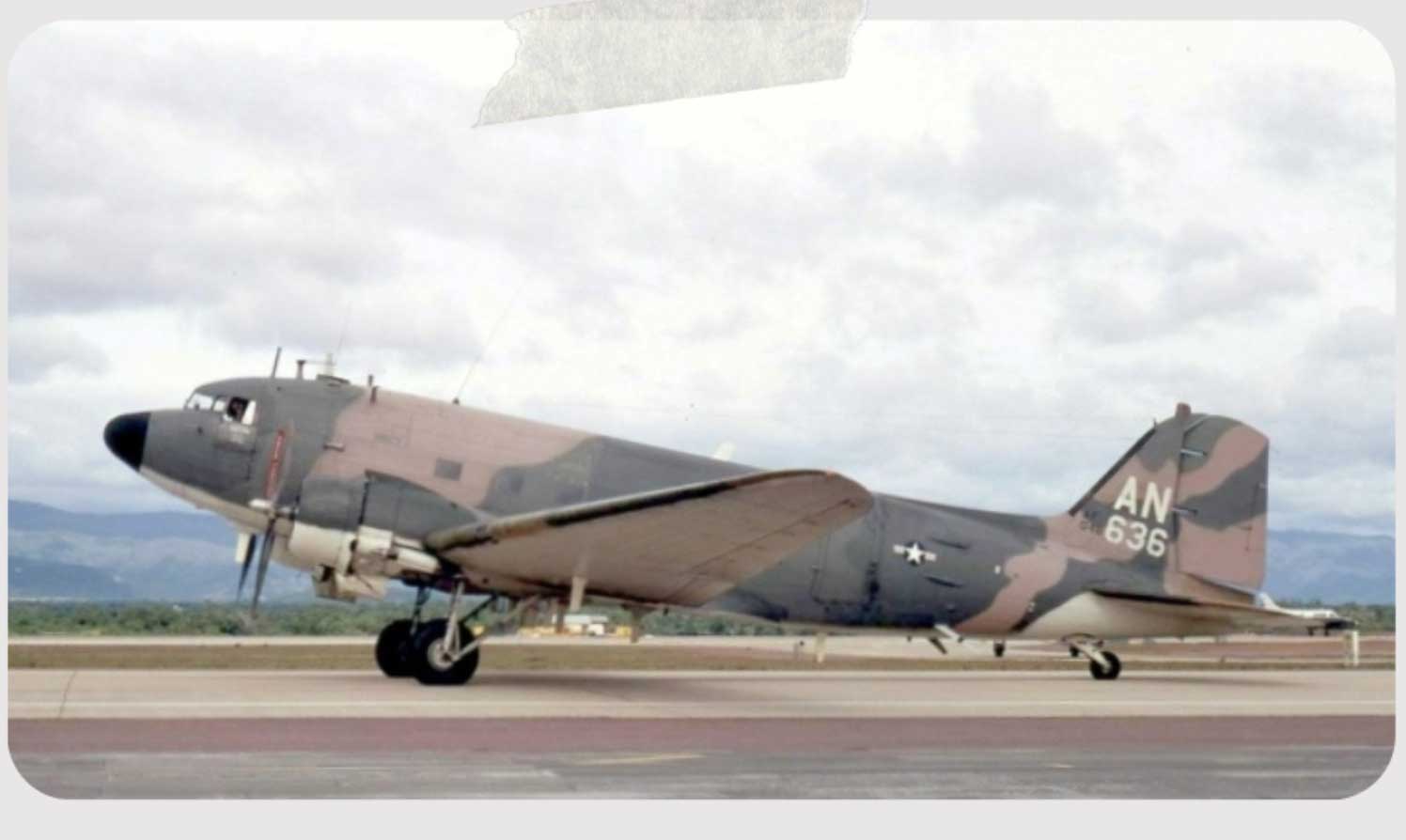