A Bomb Crater As Big As Our House

From the desk of Erin Lin, Assistant Professor of Political Science, The Ohio State University

“If civilians often bear the brunt of wartime violence, the question of higher responsibility hangs over the heads of the state and military as well as the domestic audiences who hold them accountable.”

The Pan family farmhouse sits in the middle of a former battlefield in Lumphat District, Ratanakiri Province, Cambodia. Acres of red soil, some of the most fertile in the country, are visible from the kitchen on the ground floor. Lom and Leang Pan are experienced farmers – she can identify wild boar by its tracks and he has built a walking tractor from spare parts – and their fruit trees and vegetable garden that surround the house are thriving. Despite their years of experience and hard work, the Pans are able only to produce a pound of rice per year, and even that depends on luck. Why are these smart and dedicated farmers in one of the most fertile areas in the country tallying so many losses, unable to clear their share of agricultural profits?

To answer this question, Lom and Leang recall a local event in the past 50 years that stands out in the family’s memory: the arrival of U.S. bomber jets during the Vietnam War. From 1970 to 1973, the U.S. dropped bombs over nearby Elephant Hill and throughout much of the basin where we are standing. “There’s a bomb crater as big as our house,” Leang says, pointing. Lom cautions us; she wants to take us to see it, but we shouldn’t stray off the path. Her land is covered with unexploded bombs, some hidden inches or even feet below the surface. Fifty years after the Vietnam War tore a hole in Cambodian society, the bombing continues to rupture rural lives. Unexploded bombs are crucial roadblocks to economic recovery, leaving thousands of rural residents out of land and threatening to push more out of the local labor force entirely.

To that end, I embarked on a year of ethnographic research on Cambodian agricultural practices to reorient prevailing conceptions of war’s legacy. Moving beyond the America-centric corpus of Vietnam War history, my interviews revealed a reversal of fortune that takes place on Cambodia’s most fertile land, where a bomb’s trigger fuse often fails upon impact, leaving behind large quantities of unexploded ordnance. For village chiefs of the highland tribes, urban migrants from Phnom Penh, and former soldiers who fled the Khmer Rouge, among others, fear hangs over their communities, leading economic growth to stall out.

What I learned in the field about aerial weapons stood in stark contrast to the current approaches that we have as social scientists to describe the consequences of war. As military technology has advanced over the course of the 20th century, scholars of international relations focused on the merits of innovation, particularly how it can improve battlefield outcomes, contain American losses, and tilt the balance of power in our favor (see works by security scholars Stephen Biddle, Michael Horowitz, and Daniel Reiter). Prominent political scientists like Robert Pape and Jason Lyall demonstrate how coercive air power and the mechanization of militaries have improved our fighting capacity without putting soldiers at risk. Yet these arguments underscore the implicit bias in international security: survivability is measured in terms of our own soldiers and not carried over to adversarial populations. The problem with this approach lies in its distorted perspective, its definition of cost as maximizing the odds of the great power winning while minimizing casualties. Clearly, the distribution of casualties and the risks are extremely unequal. Aerial weapons have enormous cost to the people who suffer bombing. In 1971, Vietnam War journalist Neil Sheehan characterized aerial weapons not as a military necessity, but as “a political convenience, a substitute for sufficient infantrymen to hold the countryside.” If civilians often bear the brunt of wartime violence, the question of higher responsibility hangs over the heads of the state and military as well as the domestic audiences who hold them accountable.

The oral narratives I’m collecting are a reminder that military technology often fails, and these failures impact lives long beyond the intended lifespan of a carpet bomb. By revealing post-conflict farming as a practice of careful observation, coping, and social accountability, my respondents highlight how survivors build crucial coalitions against the odds – adapting to new landscapes amidst and in the wake of political violence 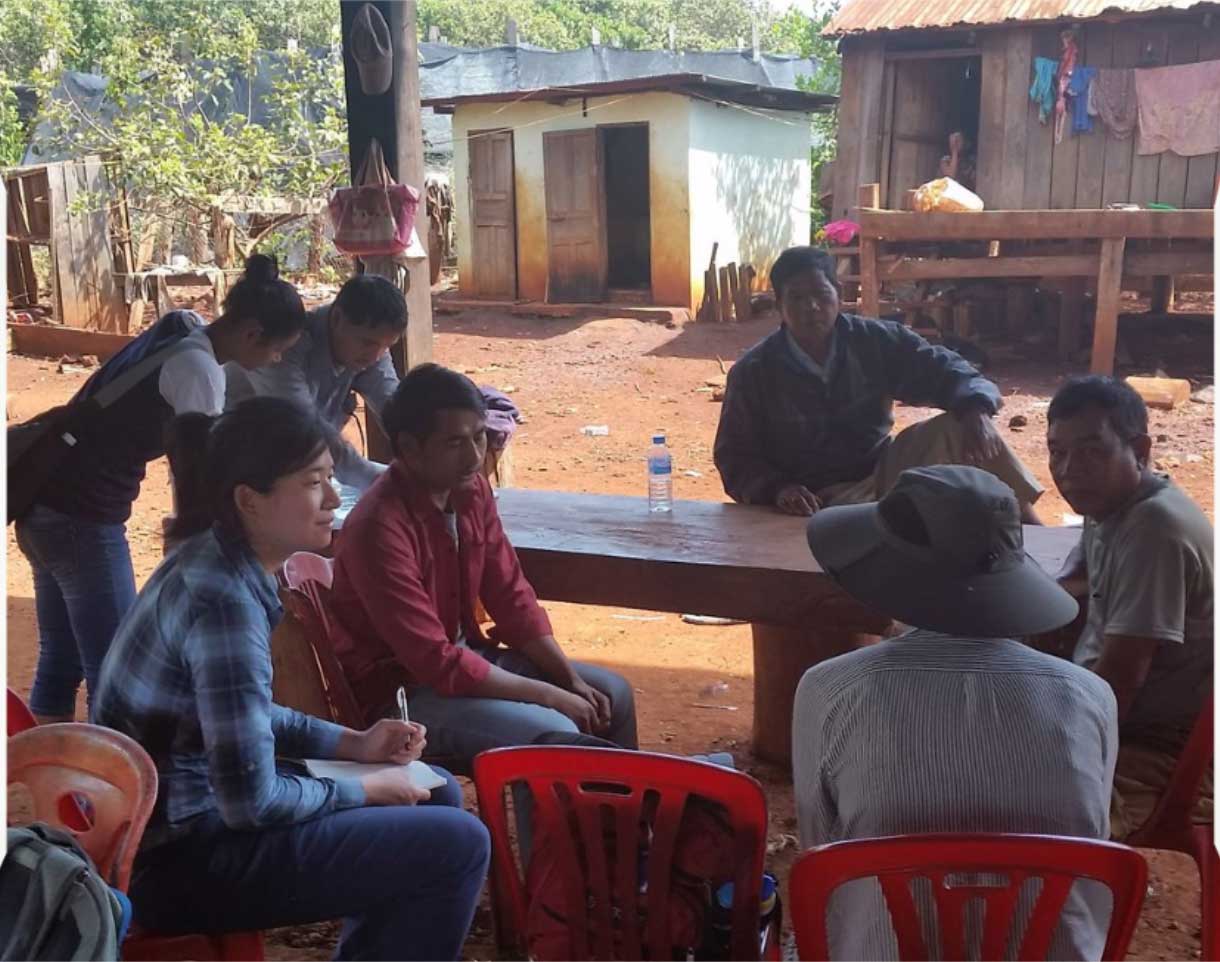 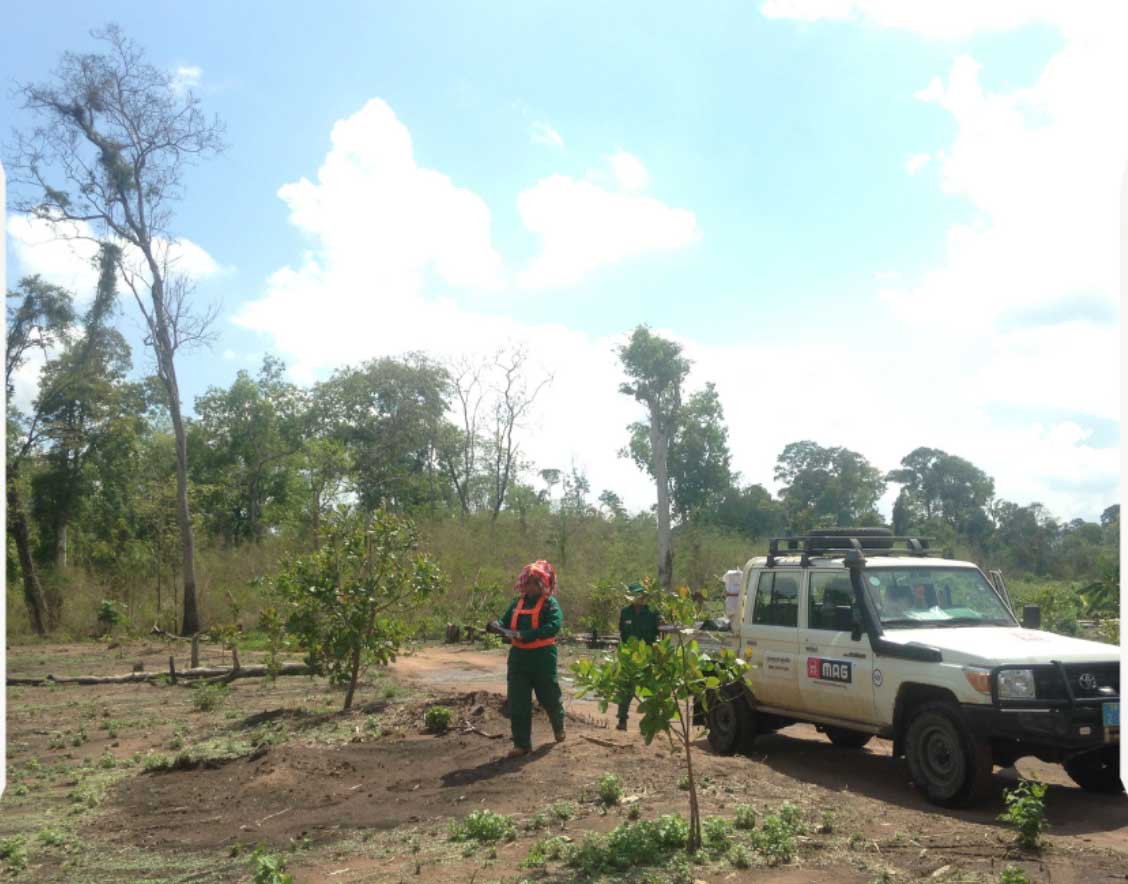