2022 was a very eventful year for the Hmong community locally, nationally, and beyond. With COVID-19 ramping down and people returning to a more normal way of life, many other happenings were going on among the Hmong community.  The Hmong Times looks back at some of the top stories of 2022.

At various times during the year, Legacies of War, shared stories from various Board of Director members on their experiences and accomplishments that focus on their mission to raise awareness about the history of the Vietnam War-era bombing in Laos and advocate for the clearance of unexploded bombs, to provide space for healing the wounds of war, and to create greater hope for a future of peace.

Hmong Times did a feature on Mai Weu, a wife, mother, grandmother, gardener, bible study leader, Trellis volunteer ambassador and trusted member of the Hmong community. Her commitment to alerting Hmong people to resources and services is apparent. When Mai finds someone who needs help, she gives them a Senior LinkAge Line card, and encourages them to ask their son or daughter to call and ask for someone who can speak to their parent in Hmong.

After a two-year hiatus, the Hmong International Freedom Festival celebrated its 40th anniversary on July 2nd and 3rd at McMurray Fields at Como Park.  Prior to the event Hmong Times writer Lacey Turner had the opportunity to interview two of the most important figures that are responsible for making this event happen. The President of The United Hmong Family Mee Vang and Kyarii Ly who served on the Board of Trustees this year for the event and was also the vendor and sponsorship relations.

In August Hmong Times wrote a story about 26-year-old Ryan Aaron Lee of St. Paul. A then follower of superhero stories, Ryan, a third-generation Hmong American and the youngest of five children, marked history as the 7th Hmong Trooper working for the Minnesota State Patrol.

To assist immigrant residents with their naturalization process, the cities of St. Paul and Minneapolis offered Naturalization Orientation and Resource Fairs at no cost to participants, on September 17 at the Arlington Hills Community Center on 1200 Payne Avenue, in St. Paul.  One highlight was the The New American Loan Program, launched last year by the City of St. Paul and Affinity Plus Federal Credit Union (Affinity Plus) to encourage the nearly 10,000 immigrant and refugee residents living in St. Paul to start the process of becoming naturalized and increasing United States citizenship in the city.

The 16th Annual Facing Race Awards were celebrated Sunday, October 23, on TPT MN.  The Facing Race Awards honor the anti-racism activists working to eliminate racism and its effects in Minnesota.  Honorees are nominated by the community and receive grants to benefit Minnesota nonprofits of their choice.  St. Paul honoree was Txongpao Lee the Executive Director of the Hmong Cultural Center.

Prior to Minnesotans heading to the polls in November for the important Midterm elections, Hmong Times featured multiple stories over multiple issues focused on educating the public on how to register to vote, how to early vote, how to absentee vote, where to vote and more.

Winter in Falcon Heights, Minnesota was not the same this year as the 24th annual Hmong New Year festival at Lee and Rose Warner Coliseum on the Minnesota State Fair Grounds was cancelled. 2022 had been another year of challenge, loss, education, and adaptation for the human race across the globe, and the cancellation of this beloved Hmong festival was just one more tragedy.

After a two-year hiatus, the 42nd Annual Hmong New Year Festival was back. Lacey Turner sat down to interview the President of The United Hmong Family Mee Vang and Kyarii Ly who serves on the Board of Trustees to talk about the festival. This annual festival is a cultural tradition where Hmong from across the country come together to dress in traditional clothing and enjoy traditional food, music, dance, and other forms of entertainment. The festival is also a gathering place to educate people interested in the Hmong tradition. The two-day festival was on Thanksgiving weekend November 26th and November 27th at the Saint Paul RiverCentre.

Throughout the year Hmong Times featured sponsored content from JPMorgan Chase.  Topics ranged from how to utilize the Community Managers in local branches to best practices in home financial management and more.  The series will continue through 2023 and will feature more topics to aid readers in personal, family and business money management.

Noble Academy proved once again that there is no excuse big enough to disrupt its hard-earned distinction “High-Quality” as defined by the Minnesota Department of Education (MDE). Of the 168 charter schools in Minnesota, only 24 made the list of top charter schools in 2022, this puts Noble in the top 14%. Schools were assessed along six measures of academic performance: math proficiency, reading proficiency, science proficiency, math growth, reading growth, and graduation rate. The schools are also examined on financial and compliance checks.

In November, Hmong Times shared a story on the SMRLS’ Education Law Advocacy Project (ELAP).   ELAP is an excellent service for low-income families needing assistance on education related issues. SMRLS is a legal aid program that provides free legal help and advice on a variety of basic civil issues. One area of importance to SMRLS is helping families advocate on behalf of their children so they can do better in school.

With the focus on COVID-19 going down and more people beginning to travel in 2022 the concern for Measles made a resurgence in the United States and throughout the world.  According to the Centers For Disease Control measles is still common in many parts of the world.  Unvaccinated travelers who get measles in other countries continue to bring the disease into the United States.

As the winter months approached the Centers for Disease Control (CDC) reported large numbers of flu cases across the country, especially in Georgia and Florida.  Along with it came Respiratory syncytial virus, or RSV.  A common virus with flu-like symptoms it has been infecting very young children in large numbers, leading to a spike in the number of emergency room visits and hospitalizations. RSV spreads like the flu – from tiny droplets that are inhaled, unwashed hands, or from hard surfaces where the virus can live up to six hours.

The Hmong Cultural Center officially launched its new museum in a dedicated storefront at University and Western in St. Paul on December 2, 2021. Board chair Shuly Her said the Hmong Cultural Center is the longest running nonprofit that specifically supports the preservation of Hmong culture in the Twin Cities. “Having the center in the Twin Cities is very important, because it supports our political and social culture, as well,” she said.

Hmong Educational Resources (HER) Publisher believes in the power of education and the impact of stories. They published this new book, “My Love, My Life: Mov Kua Dlis Rua Kuv Me Nplooj Sab,” written by Hmong teacher, Ms. Pang Yang, and her Hmong students at Park Center Senior High School.

Minnesota’s North House Folk School and St. Paul’s Hmong community were featured in the newest season of Craft in America, the Peabody Award-winning documentary series on PBS discovering the beauty, significance, and relevance of handmade objects and the artists who make them. The new episodes showcasing Minnesota artists are entitled INSPIRATION and HOME.

Deborah Locke the DNR Public Information Officer shared stories and features on local state park staff.  Many talked of the long history and positive impact these committed people have for our MN State Parks.

The DNR also shared a story with us about how last fall at Afton State Park near Hastings, 60 fenced-in goats ate about three acres of buckthorn leaves and bark per week, which ultimately stresses and kills the buckthorn.  No matter what the season, staff with the Department of Natural Resources Parks and Trails Division removes invasive species like the pervasive buckthorn or bush honey suckle.

Minnesota’s firearms deer season began half an hour before sunrise on Saturday, November 5, and the Minnesota Department of Natural Resources expected nearly half a million hunters to participate. To assist with our coverage of the deer season, the Minnesota DNR provided us with materials about deer hunting in Minnesota.

Those were some of the big stories from 2022. We can’t wait to see what is in store for 2023. Thank you for reading and stay tuned… 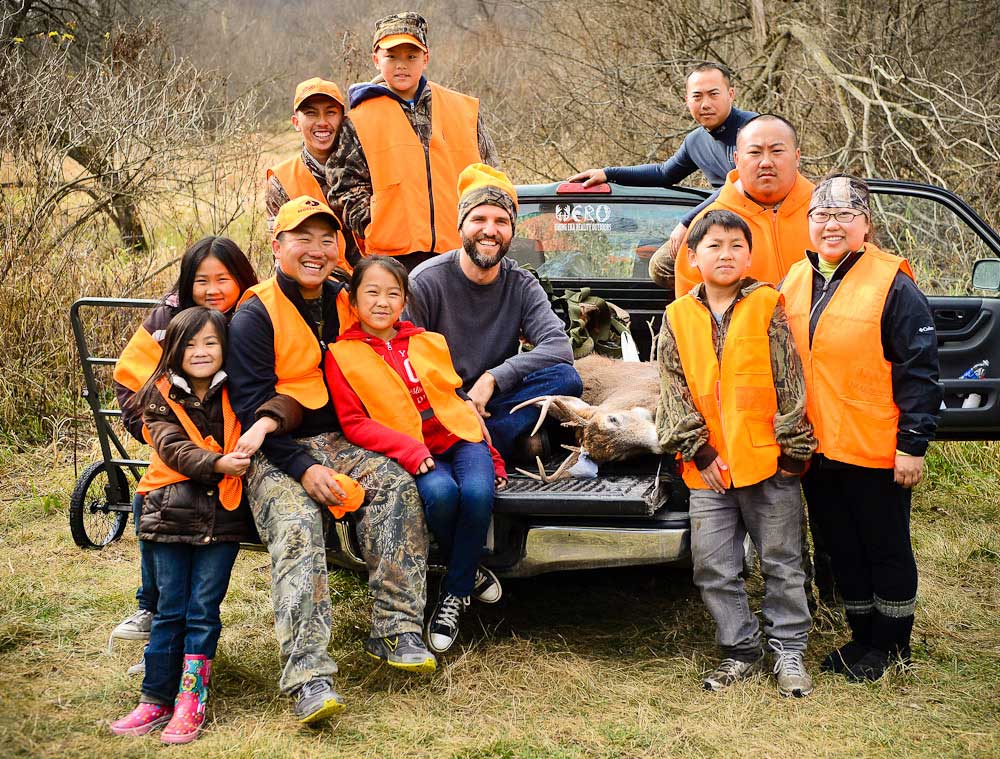 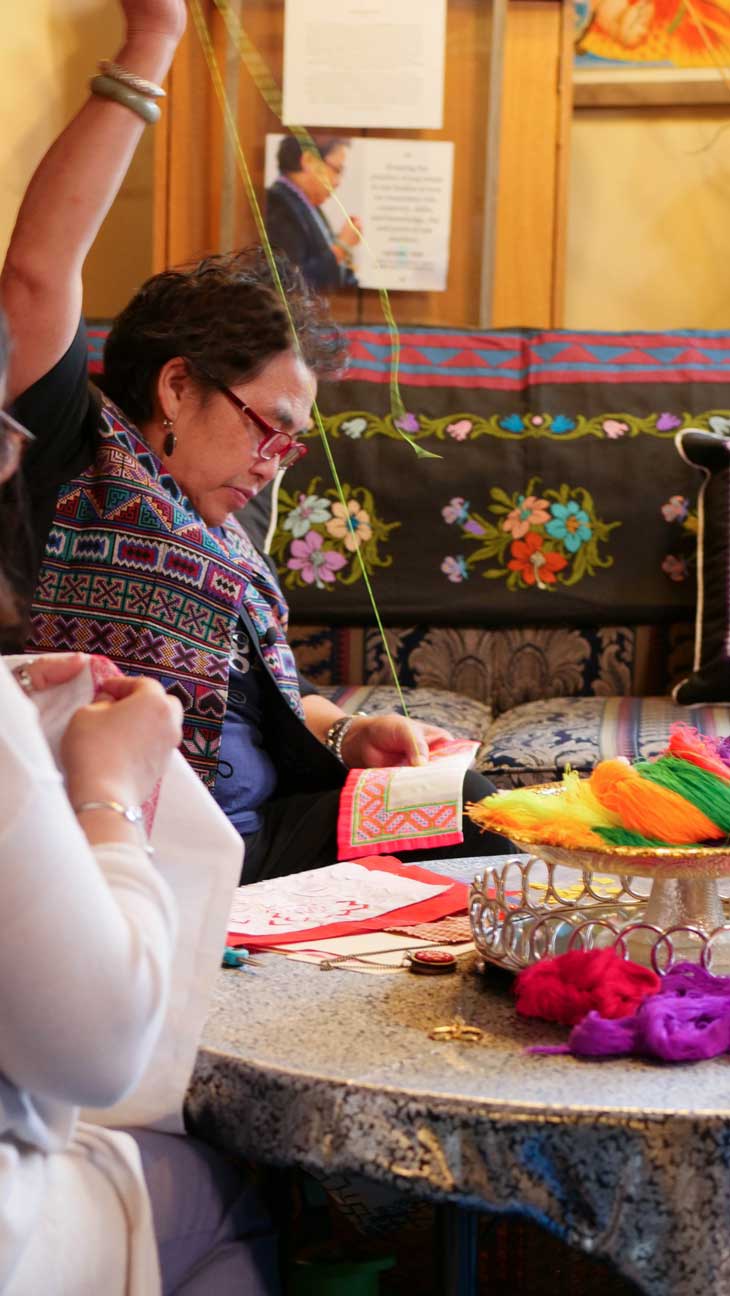 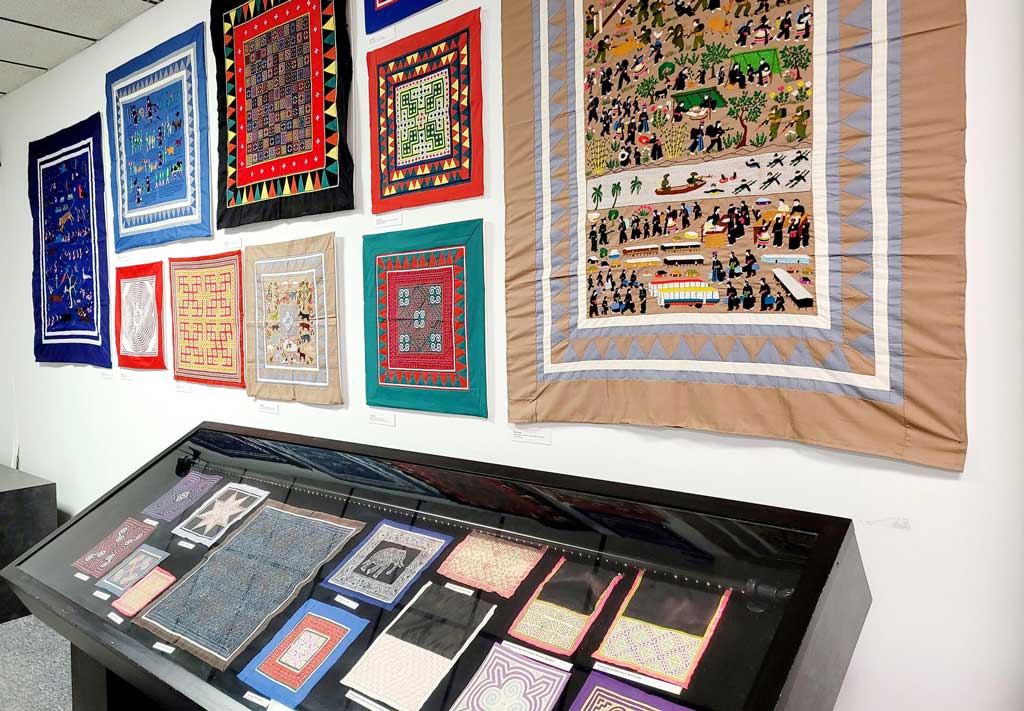