2017 was a very eventful year for the Hmong community locally, nationally and internationally. The Hmong Times takes a look back at some of the top stories of 2017.

Macy Yang wrote a series Scams And Fraud Schemes Know No Boundaries. The Federal Trade Commission (FTC) reported that 1.3 million consumer complaints were filed with the agency in 2016 totaling an estimated loss of $744 million. In the Twin Cities, there were 15,000 fraud complaints filed.

Recently, Hmong elders were victimized by Seng Xiong in an affinity fraud scheme, the biggest fraud to hit the Hmong community, that resulted in a loss of $1.3 million. Xiong promised elders a Hmong country or homeland. In exchange for an investment between $3,000 to $5,000, Hmong elders would get free housing, education, and health care among other things in a country for the Hmong people. Xiong was arrested at the Los Angeles International Airport while enroute to Thailand, and was found guilty in April.

In August the Hmong Cultural Center celebrated 25 years of serving the Hmong and non-Hmong community with several important programs to promote education about Hmong culture and history and facilitate the adaptation of Hmong in American Society.

In addition to its long-running cultural programming, the Hmong Cultural Center has offered English as a Second Language and Citizenship classes for years as part of its Adult Basic Education program. Now that program is expanding to include occupational English classes.

On Tuesday, September 12th, MPR, Star Tribune and Pioneer Press all reported that the Scott County Attorney’s office had decided not to file criminal charges against Dai Thao who is running for Mayor of St. Paul.

The allegations of bribery began last spring when Sarah Clarke, a lobbyist, said that Thao’s Campaign manager, Angela Marlow, asked for campaign contributions – what Clarke called a bribe. After reporting the allegations to St. Paul police the police department asked the Bureau of Criminal Apprehension to investigate the allegations. The Scott County Attorney’s Office announced through a letter to the Attorney’s Office of the BCA, “The mere request for a campaign donation, without some evidence of a proposed quid pro quo, is not illegal,” reported the Pioneer Press.

Sisavanh Phouthavong Houghton met Legacies of War’s Executive Director Channapha Khamvongsa at the Lao American Writers Summit in San Diego last year where she first learned about Legacies of War’s work and the depth of the bombings in Laos. Her sheer motivation for change, along with their conversation about their historical journeys as Lao refugees resonated and sparked her newest work, “Legacies of War”.

Sisavanh is one of the first professional Lao American visual artists and educators of her generation. Together with her family, Sisavanh was resettled in Kansas in 1980 at the age of 4. Over 5,400 Lao refugees were resettled in Kansas in the aftermath of the Secret War. Inspired by Legacies of War’s mission, Sisavanh created the exhibition Legacies of War, at Tinney Contemporary Gallery in Nashville, Tennessee that confronts the challenges of bicultural memory and documentation through powerful acrylic work. She gave her artist talk on March 4, 2017 at the gallery.

“We believe that everyone has a story to tell. We want to put the power of storytelling into the hands of ordinary people. Anyone can make a digital story.” Says the introduction to the video, “What’s Your Immigrant Story?” on the University of Minnesota’s Immigration History Research Center website.

In 2013, the Immigration History Research Center launched the Immigrant Stories project to collect contemporary migration stories through digital storytelling and preserve them in the IHRC (Immigration History Research Center) archives. Recently the University announced that their story making, video making website, www.immigrantstories.umn.edu, has now been translated into and is available in 7 languages – English, Spanish, Chinese, German, French, Swedish and Arabic. Individuals can use the website to create their own stories. It is a “free tool only requiring a computer or mobile device connected to the internet.”

The weekend of Aug. 11-13, 2017, the Minnesota Historical Society and Minnesota Department of Administration celebrated the completion of four years and $310 million of restoration at the Minnesota State Capitol. All were invited to a range of events all weekend long exploring stories of the Capitol and people of Minnesota.

Progress continued to be made on Hmong College Prep Academy’s multi-million dollar campus expansion project. HCPA’s campus expansion project includes a new 98,000 square foot elementary school addition as well as the renovation of its current building. The project will provide approximately 55 classrooms, an updated media center, high school gymnasium and two-story parking facility. Additional enhancements include an inflatable sports dome and multi-use turf athletic field. Upon completion, the school will be able to serve the educational needs of up to 2,200 K-12 students.

Hmong Times presented A Hmong Folk Tale series. Fictional writer and journalist Kerry Xiong fleshed out the folktales heard and told within the Hmong community in her series entitled The Dragon Bride. New chapter installments came out in each new issue of the Hmong Times with illustrations created by Xiong herself.

Amy Lor is a 30-year old young professional working in the medical device field in Minneapolis, Minnesota. She is also a law school graduate and a self-taught wedding and travel photographer.

She started contributing a travel series, Dainty Meadows Travels, after being diagnosed with a health condition that changed not only her life, but her perspective as well. The purpose of her work is to help others recognize that the moment to live, is now. Do not wait for the right moment to come, create it.

In the summer of 2014 Fuabkuab Yang met Abel and Burlee Vang. Yang has an infectious enthusiasm for both film and Asian American culture, particularly Hmong culture. The Vang brothers had a vision, “They were interested in making a Hollywood movie. I caught wind that these two Hmong American directors were holding a meeting in St. Paul. I decided to check it out.” He also met Leng Yang and Cheng Yang. The film, Bedevlied, would be independently funded and produced – but a Hollywood quality film.

During the summer of 2016 the film “Bedeviled” was completed and in 2017 the film made its first domestic release through Freestyle Releasing. It is also available on Amazon Instant Video, Fandango Now, Google Play, iTunes, Sling TV, YouTube and more.

Adam Vang was one of ten Scouts selected from approximately 2.3 million youth members to deliver this year’s Report to the Nation – a tremendous honor! Vang is one of the many Eagle Scouts produced from Boy Scout Troop 100 in St. Paul, a Troop with a lot of tradition and service to the Hmong community, now serving second generation Scouts. He was nominated to be a delegate by the troop’s longtime Scoutmaster, Dave Moore.

The “I Can!” program started in 2010 to address one of the main barriers preventing more people from getting out to enjoy nature through activities such as camping, fishing and canoeing: a lack of skills and knowledge about how to do those things.

Your kids – and you – can learn to climb rocks, use a bow and arrow and camp in the woods. Even if you’ve never stepped on a boulder, held a bow, or slept anywhere without a roof over your head, you can become an outdoors hero to your kids through a program offered by the Minnesota Department of Natural Resources. The DNR’s “I Can!” program gives hands-on training that will give you the know-how to enjoy a variety of outdoor activities that are fun, low-cost and family friendly. 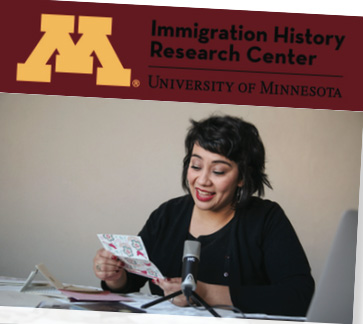 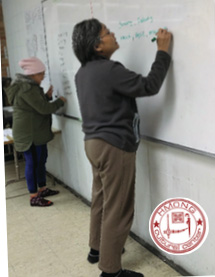