Spring Is Just Around The Corner At Minnesota State Parks

Bone-numbing windchills in January. Record-busting snowfalls in February. Is anyone here ready for Winter to be over yet?

Well take heart, Spring is right around the corner! If you have any doubts, just visit a local state park, where the signs of Spring are starting to show themselves to anyone willing to observe.

Astronomers, and the people who print our calendars, say Spring begins on the vernal equinox: that day in March when the sun is directly over earth’s equator or mid-section, and the night is roughly equal in length to the day. This year, that happens on March 20. For meteorologists, Spring begins on March 1, because it’s easier to compile statistical data on a month-by-month basis.

Regardless of what the calendar and the weatherman say, the best way to tell if Spring has sprung is to get outdoors and see for yourself. Listen for coyotes howling in the evening as they seek mates. Hawks also begin their mating season this time of year, complete with acrobatic flights, dives, and piercing screams. Migrating birds return to fill the air with their calls. As ice leaves the St. Croix, Mississippi and other rivers, you can see large numbers of waterfowl. Afton State Park offers some great eagle watching opportunities in the Spring, as does Frontenac State Park between Red Wing and Lake City. Some birds that stick around all winter begin to change their tune when Spring is in the air. The northern cardinal, for instance, switches to a more elongated whistling song in March to establish its territory and attract a partner.

Old-timers would say that when the cardinal and the chickadee start singing their Spring songs, it’s time to tap trees for syrup. The same springtime freeze-thaw cycle that gives rise to potholes in Minnesota roads causes the sap to flow in the maple trees, providing the raw material that can be boiled down into tasty maple syrup. Squirrels know all about that. You can often see them on a warm March day gnawing around buds or broken branches to get at the sweet sap. In March, they need the extra calories, because they may be caring for a nest of youngsters. You can learn about making maple syrup through programs offered at many state parks.

Sure, March might still deliver a few more blasts from Old Man Winter. But if you get outdoors and look around, you’ll see that hopeful signs are everywhere: Spring is on its way! 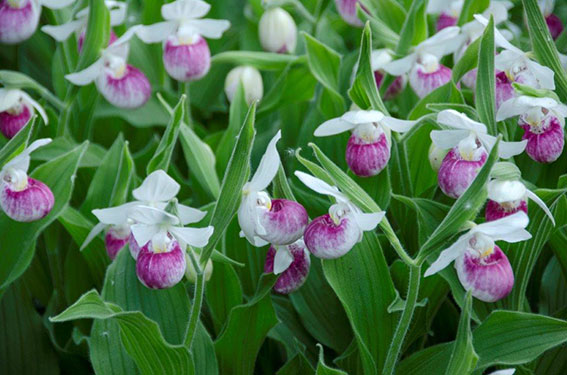 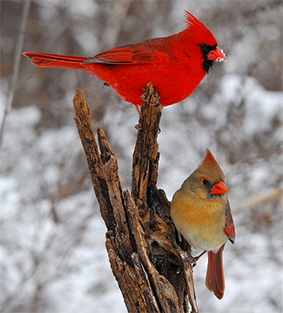