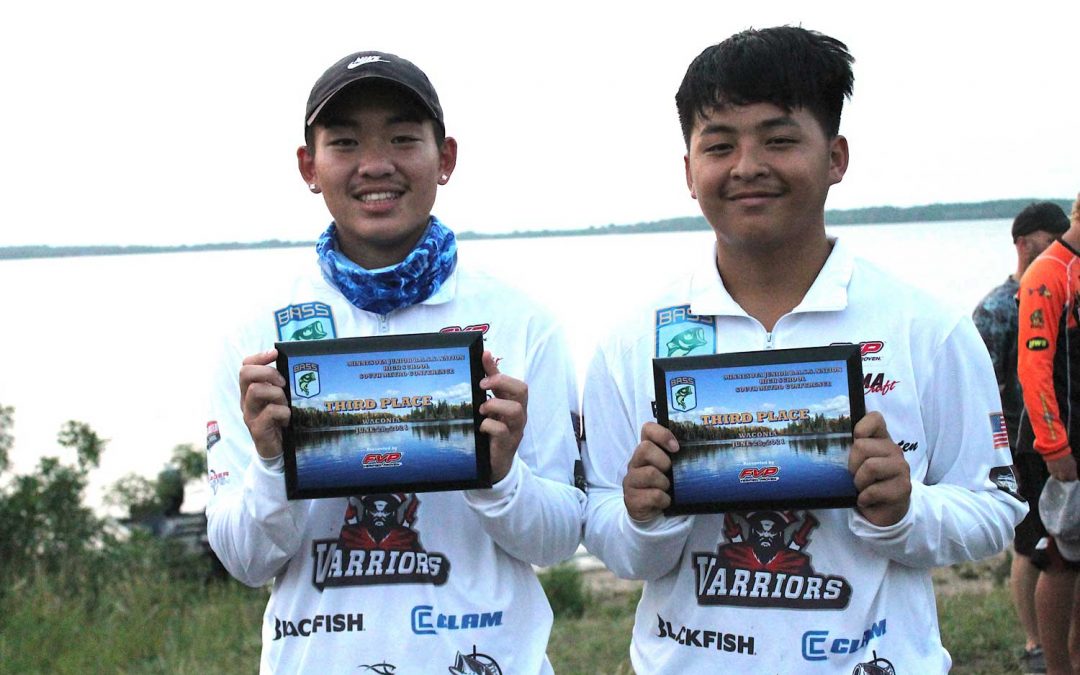 Though the late afternoon’s heat pushed back start times, the high temperatures and humidity did not get in the way of the Warriors having a successful day on Lake Waconia. Three of four HCPA boats finished in the top ten and graduate Alvin Yang took largest fish honors.

“It was hot!” stated HCPA Elementary Dean of Students and team faculty advisor Xao Xiong. “Considering the adverse weather conditions, I was very proud of how our kids competed.”

“As the tournament was wrapping up, you should have seen the smiles on these kids’ faces when their boats pulled up,” added Xiong. “Even our boat captains couldn’t hold in their excitement! When each kid pulled out their big fish, the crowd went wild! And as each fish was put in the bag to be weighed, everyone was anticipating what the weight would be! What a great night!”

Seniors Chimu Vang and Ethan Vue took third place with a 15.11 lb. total, edging out fourth-place finishers and teammates junior Kylie Thao and sophomore Landyn Cha by one and a half pounds. Class of 2021 graduate Alvin Yang took tournament “big fish” honors with a 4.33 lb. lunker. Yang, along with teammate and junior Timothy Vang took seventh place. 2021 graduates Simon Hang and Andrew Yang finished in fourteenth place to round out the Warrior’s performance. Teams from Eden Prairie, Lakeville, Bloomington, Hopkins, and St. Thomas Academy filled out the tourney’s 17 boat field.

“The three graduates qualified to compete in the MN Bass Nation Tournament of Champions,” added Xiong. “They’ll be competing against some of the best of the best adult league tournament anglers in Minnesota beginning Wednesday, August 4 through Friday, August 6 on the Mississippi River Pools 4 and 5 near Wabasha, MN. Current HCPA students will most-likely head to the High School Bass Nation State Tournament on Gull Lake in September. We are still waiting on the final results and looking forward to representing HCPA and competing at a top level in our upcoming tournaments.” 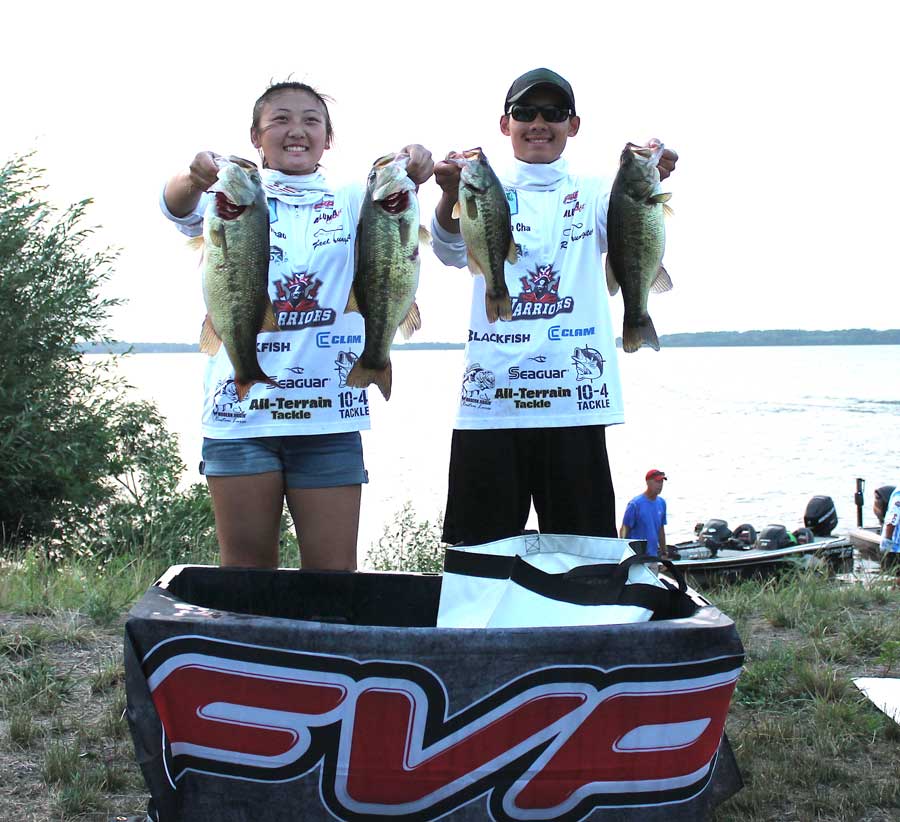 Junior Kylie Thao and sophomore Landyn Cha show off their catch of 13.65 lbs. which put the duo in fourth place 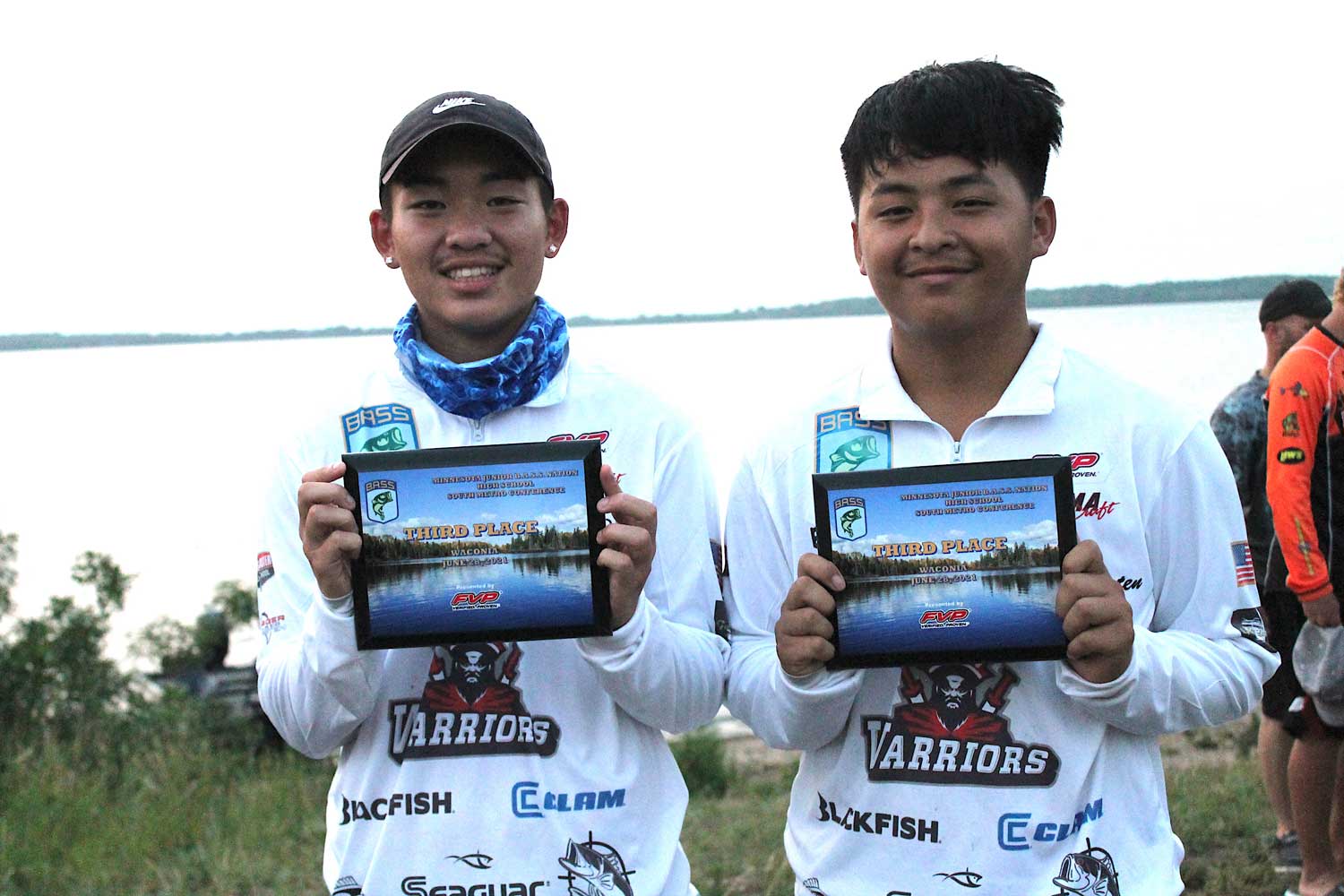