Students, under the directorship of Mr. Steven Coleman, performed two productions this year including:

Twenty students took part in The Lion, the Witch and the Wardrobe and thirty worked on Love Struck.

“Rehearsals went fairly well,” stated the director. “We had a lot of new-to-theatre students participate, which is great to get new people involved; however, is a challenge to help them overcome things like stage fright and line memorization. We also had some time challenges with the frequent cancellations in January and February. But when it came time to perform everyone did their jobs vigilantly, even if it took a while to get them to that level.”

The director is already at work planning the school’s 2019-2020 theatre season.

“Future productions are difficult to predict, but I’m currently working on an adaptation of the Japanese legend of the Koi fish combined with The Little Mermaid for first semester. First semester drama masterclass students will determine the second semester production, as part of learning the technical and producing side of the art.

In regards to the program’s future, Coleman added, “The theatre program has grown exponentially in the four years we’ve fostered it. We’re currently presenting two shows a year, one per semester. Currently they are both one acts lasting roughly an hour. I would like to consider having the students compete in a one-act festival and get them some recognition for their hard work. I’d also love to develop the technical side of construction and design for theatre to the point where we have student designers and directors.

“It’s been amazing to start from an eight person acting class to where we are now,” reflected the director on the program’s past four years. “Theatre is an art of collaboration and teamwork from a variety of talented individuals. When everyone does their jobs and holds themselves to a high level of expectation, great art is the natural outcome. It’s truly amazing to see the growing enthusiasm for the theatrical world from the student body. I’m eternally grateful to have this opportunity to help build this community within HCPA. And we’re not done yet!” 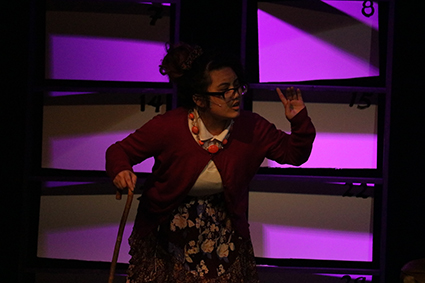 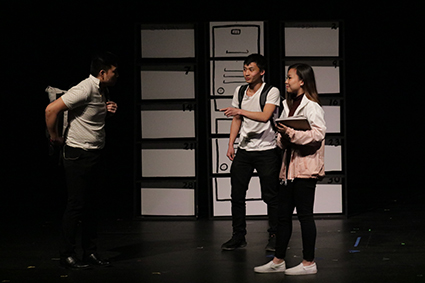