The Hmong College Prep Academy Boys’ and Girls’ Basketball Teams recently opened their respective 2017-2018 seasons. Currently the boys’ team is 0-2 whereas the girls’ are sitting at 1-1.

Second year coach Zach Cave is upbeat about the program and prospects for a strong season.

“We’re looking good,” stated Coach Cave. “It all starts with hard work and sacrifice from both player and coaches. The guys seem to be coming together as a team, both on and off the court and we have put a lot of time into developing them. If our guys can leave it all on the court every game, we will be in good shape.”

Coach Cave likes his squad’s mix of senior leadership and young players who are looking to make the most of their opportunities at the varsity level.

“Seniors Joey Xiong, Tidley Yang and Alex Yang have the opportunity to make a name for themselves. This is a great group of senior guys that finally get their chance to lead ‘The Academy.’ We have two sophomore contributors, Elijah Vang and Kongchi Cheng, who will have to be ready to lead as juniors next year.”

HCPA has a roster of 35 players for the upcoming season, the most in the school’s history, participating on three teams – C Squad, JV and Varsity. The C Squad team is for freshman student-athletes who are learning about the game. The JV team consists of 10th, 11th, and 12th graders who are also still learning the fundamentals of the game, but are ready to compete at a higher level. The Varsity team is composed of the school’s top seven to ten players.

With increased numbers and a successful 2016-2017 season, Coach Cave is optimistic about this year’s team.

“I have high standards for the Varsity team. We are shooting for another conference tournament championship and/or regular season conference championship. We also have a non-conference schedule that will prepare us for January and February. Our section is brand new and we look forward to being competitive in the section tournament as well.”

Coach Cave added, “I have also seen how our kids have committed to being better basketball players and look forward to changing the culture and energy around HCPA’s Boys’ Basketball Program. Through hard work and sacrifice, we can be become a respected basketball school.”

The Lady Warriors are led by new coaches Brent Ness, who moved over from the 2017 TCAC Champion HCPA Boys’ Team, and Nick Vang, who previously worked for the conditioning program at Roseville High School. Together, they hope to build on this injection of new talent and create a sustainable program that can regularly compete for a Twin Cities Athletic Conference Division II Title. Though the team has many players who are playing organized basketball for the first time, it has also been lucky to have four players return after a yearlong absence. This mix of new talent and experienced players will hopefully provide a balance on the court that can lead to an improvement over last season. In 2016-17, the Lady Warriors went 6-10 overall and 5-4 in conference play, the best in the school’s history.

“The HCPA Girls’ Basketball Program is very young,” stated Coach Ness. “It began four years ago after two girls who spent a year playing on the boys’ team petitioned the school to start a women’s team. This year Mindy Lee and Rosey Vang will be the first two players to complete four years on the school’s girls’ team. Though the team lost almost all of its starters from last year, a huge influx of new players has bolstered the roster from fewer than 10 last year to almost 20 this year.”

Coach Ness is looking for strong contributions from a number of returning players. Senior Guard Mindy Lee is a four-year starter and three-sport student athlete who will serve as this year’s team captain. After an injury limited junior year, she is looking to regain her spot atop multiple stats columns including points, rebounds and steals. “Her high energy and great leadership will be key to the team’s success,” stated Coach Ness.

Pamela Yang is a senior guard who is in her second year with the Lady Warriors was last season’s most improved player. “Pamela has made huge strides and is expected to be an all-around contributor this year in both rebounds and points,” commented Coach Ness. “We’re also looking for a strong season from Pangyia Vang, a junior forward who is in her third year with the team”

For the team to have a successful 2017-2018 season, Coach Ness is excited about a number of newcomers.

“Senior guards Katie, Maihlia and Pazao are returning to the team after a year-long hiatus. Their return might just be the spark the Warriors need to make a run at a conference division title. Freshman guard Gina “The Future” Lee has secured a starting position. Her court awareness and Ricky Rubio-like passing skills and Curry-esque quick shot should help her have a great season. Sophomore forwards Yeng Yang and junior Kang Thao are balls of energy! In their first year playing organized basketball, they have taken to the game like ducks to water. They both fly around the court and are on top of every loose ball. When the squad needs an injection of energy, these two are the ones the team looks to.”

The Lady Warriors next game will take place on December 20th when they take to the road against MN State Academy for the Deaf. They’re off for the holiday break then get back at it on January 12th with a game against Hiawatha Collegiate Academy. 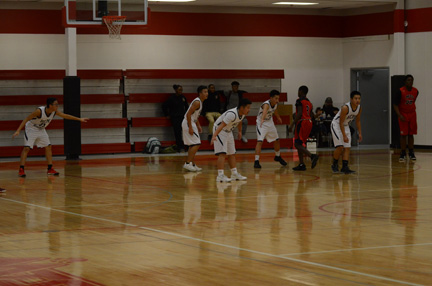 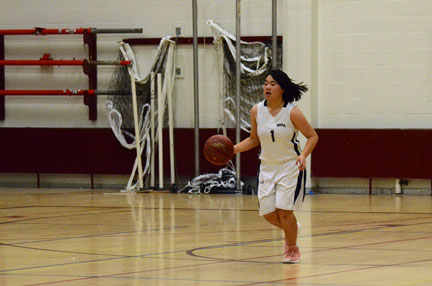