Through China’s pageant campaign, QueenChina2020, China embraces meeting with the community to

hear directly what matters to them.

Mrs. Minnesota-America crown. Her trailblazing path to the pageant stage commemorates with a bus-painting community event that was held Sunday, May 20, at Battle Creek Recreation Center -home of Zone316, a ministry that uplifts and supports children, teens, and families.

The bus-painting event brings together a vision that was given to China. Shortly upon receiving this vision,

amazingly a bus was donated to Justyna Johnson, CEO/Founder of Zone316.

China explains her vision, “God gave me a vision for Justyna the very first time I met her. We locked arms as business partners. God gave a vision of a colorful school bus with children coming out of the bus with beaming smiles! I shared this vision with Justyna. Then she stated that she has a ministry to help the inner city children, teens, and family.”

Justyna says, “When I met China she immediately had a vision and a heart for the children and teen

ministry Zone316 and shared that vision. That was so encouraging to me and when the Lord gave us the bus it was natural to have it painted as to the vision that was given to China’s heart. My goal is to reach as many children and teens to give them a hope and a future through Zone316. China is a visionary, she’s dynamic! She’s my angel. She’s got a beautiful heart for the children and teens and I’m excited to be a part of her life.”

Queen China is ecstatic to bring alive this vision as it will transform lives and awaken hearts.

SUCH A TIME AS THIS, THE QUEEN

however, few Hmong-American women have ventured to compete in mainstream beauty pageants. China is

breaking the mold on this and championing a larger vision of faith-based transformational leadership to ignite more meaningful community engagement in the process.

Hmong woman to enter a mainstream beauty pageant for a platform and pageant crown that has not yet been won by a Hmong-American woman,” states Annie Lee and Choua Steph Chang, co-founders of Hmong Women Today, a popular Facebook community for Hmong-American women.

China’s community engagement and support of Hmong women in 2018 has included being the first business sponsor for Hmong Women Take on the World (HWTOTW), an emerging women’s empowerment movement that has taken social media by storm in the Hmong community. Elizabeth Yang, CEO/Founder of HWTOTW, stated on the HWTOTW Facebook community forum upon announcing China’s sponsorship of HWTOTW, “My worst fear with Hmong Women Take on the World was that I would NOT get the opportunity to amplify Hmong sisters as a business sponsor. I found that many may be affluent and generous to pledge individually, but to put their business as a sponsor was…well, risky. I’m SO GLAD to announce that I was proven wrong.”

Following Elizabeth Yang’s statement on social media, it was announced that China Chang would be

“China will stand out,” Pada Yang, Miss Minnesota New Year 2000, declared. Pada Yang knows about the challenges of competing in pageants, as a pageant mother and alumni Hmong beauty pageant queen, she adds, “There is a unique presence to a queen and China has that.”

The Mrs. Minnesota-America pageant will be held on June 23rd at the Bloomington Center of the Arts. For more information about Queenchina2020, join the China Chang Facebook community at Facebook/groups/China Chang Worldwide. 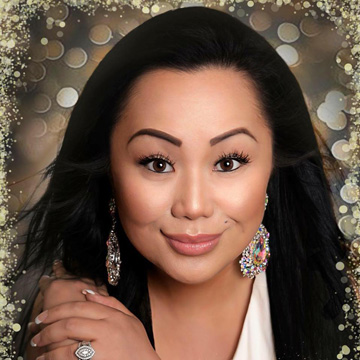