Alec Timmerman is a Math Teacher at Washington Technology Magnet St. Paul. He teaches three periods of math and one period of yoga every day.

Timmerman told Hmong Times, “I got into yoga myself and realized the calming, strengthening and health benefits. I read about meditative techniques and how they would be good for kids especially kids from stressful backgrounds. It has been really good for me and I thought I could pass it on as a tool for coping and strengthening themselves in taking on those things that life throws at them.” He said of many of his students, “Their lives are way more stressful then mine.”

Starting years ago Timmerman pitched the idea of a yoga class at Washington, “We have the luxury of all the students go for an extra hour and we can offer things like band, theater and dance. We have a rich academic curriculum and do things that make school more fun. I offered it to them [the administration] and I had been a teacher for a long time. I offer a new class every quarter. Kids keep signing up.”

Of yoga Timmerman said, “It is a physical activity similar to going to the gym, lifting weights or jogging but there is a mental training along with the physical training – noticing their breath, paying attention to what is going on in their body, being mindful of what is going in their life.”

Timmerman said that he gives the kids a pre-assessment before they begin the class to find out how well they are dealing with stress emotionally. “By the time they leave class they feel more confident in handling their stress. They have the same amount of stress, but they feel more secure. Life isn’t ever going to be easy, but the process makes it easier to deal with. Almost to every last one student they say they sleep better at night, are calmer, and feel stronger.”

The number of schools offering yoga to their students is growing, but many of them use it as small breaks in class and offer to younger students. Timmerman says as far as he knows Washington is the only one that offers a full class period on it. “A lot of people will speak about the virtues of yoga making kids calmer but I think it makes them stronger. A lot of times kids act out when they are feeling trapped or cornered. They are more at peace during the day. In the grown up world yoga is still a white middle class activity of privilege. We are bringing yoga to a population that might not have the opportunity to see it. Almost all the kids are students of color. We are bringing it to a population that doesn’t necessarily have that automatic privilege.”

Timmerman said he has had some students take the course three, four, or five times and family members recommend it to their siblings. 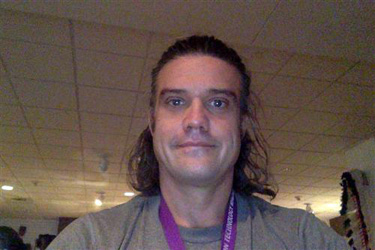 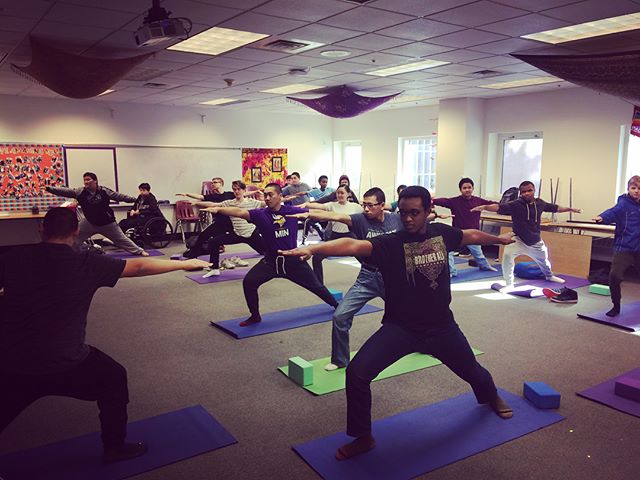